In Accordance with Iraqi Law and Not Freely 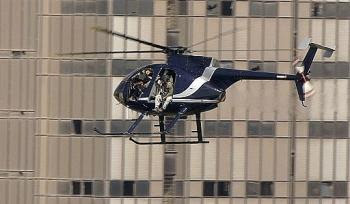 US agrees to scrap immunity for security guards in Iraq: FM

BAGHDAD — The Iraqi foreign minister said on Tuesday that Washington has agreed to scrap immunity for foreign security guards in Iraq, moving the two countries closer to signing a long-term security pact.

“The immunity for private security guards has been removed. The US has agreed on it,” Foreign Minister Hoshyar Zebari told AFP after briefing Iraqi MPs on the controversial US-Iraq security pact which is being negotiated.

The US embassy spokeswoman in Baghdad, Mirembe Nantongo, declined to comment. “We do not comment on the contents of ongoing negotiations,” she said.

The lifting of immunity for foreign private security contractors has been a longstanding demand from Iraqi lawmakers in the deal that would govern a long-term military arrangement between Baghdad and Washington.

Without immunity foreign security contractors can be prosecuted for crimes under Iraqi law.

Foreign security workers have since the 2003 US-led invasion operated virtually outside the law, neither subject to the Iraq legal system nor to US military tribunals, a right which infuriates Iraqis.

“The Iraqis have been suffering because of this,” said Mahmud Othman, an MP who attended Tuesday’s closed-door session.

The increasingly common practice of outsourcing military contracts has drawn fire from critics who charge that the guards are no more than trigger-happy mercenaries. 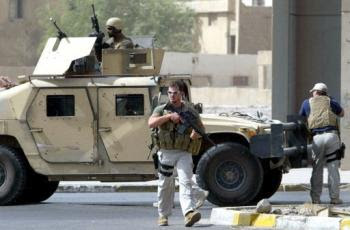 Their immunity is a sensitive issue after an incident in which security guards from the US company Blackwater shot dead 17 Iraqis in broad daylight in Baghdad last September.

The firm is one of the biggest private security contractors operating in Iraq and provides security to US embassy officials in the violence-wracked country, including ambassador Ryan Crocker.

The US State Department earlier this year renewed Blackwater’s licence to work in Iraq despite opposition from Iraqi leaders, including Prime Minister Nuri al-Maliki.

US President George W. Bush and Maliki agreed in principle last November to sign a Status of Forces Agreement (SOFA) in Iraq by the end of July.

The agreement aims to set down the ground rules for a continuing US troop presence after the UN mandate for foreign forces stationed in Iraq expires in December 2008.

The talks appeared to reach a deadlock last month amid strong opposition from Iraqi political factions and with some Shiite leaders denouncing the proposed agreement as “eternal slavery” for the country.

Othman, the MP, said that the lifting of immunity for both foreign and US troops was still under discussion.

The US military’s right to capture, detain and imprison Iraqis is also a sore point, Othman said.

Other concerns surround the number of military bases which Washington will maintain in Iraq.

“Zebari said that once the negotiations are crystallised the agreement would be presented to parliament,” Othman told AFP. “It is up to the parliament to accept it or reject it.”

Iraqis oppose a large American troop presence on their soil, but want a guarantee from Washington that the United States will defend the country from foreign invasion.

Othman said ministers also insisted at Tuesday’s session that US forces carry out security operations in “accordance with Iraqi law and not freely.”