“American Jews have been suckered into supporting Israel in unthinking ways. This has been changing, but not enough American Jews are yelling and screaming to stop Israel’s colonial expansion.” — Hilton Obenzinger

Born in Brooklyn, New York, the borough that served as the homeland for millions of Jews for decades, Hilton Obenzinger carries Jewish history and lore around with him both mournfully and gleefully.

His many books draw attention to his own Jewish roots, including an oral history he conducted with his Aunt Zosia Goldberg entitled Running Through Fire: How I Survived the Holocaust. There’s also a collection of his poetry entitled This Passover Or The Next I Will Never Be in Jerusalem, which received the American Book Award of the Before Columbus Foundation.

More than 60 years after he celebrated his first Passover with his own family of origin, he’s getting ready to celebrate Passover again with the family he’s created with Estella Habal, an Associate Professor of Asian American Studies at San Jose State University.

With Passover 2013 on the horizon — it starts March 25 — I sent Obenzinger an email and took up a long-standing conversation that we’ve kept going through wars, occupations, Seders, and reunions of Sixties radicals.

Jonah Raskin: How will you celebrate Passover this year?

Hilton Obenzinger: We’ll have an extended family feast: my wife and I, our kids and grandkids. As usual, we’ll combine Passover, Easter, and the arrival of spring. It’s a raucous crowd: Jews, Filipinos, Chinese, and more. We use an illustrated Children’s Bible to tell the story of slavery and the escape of the Jews from Egypt, then move on to Jesus and the last Seder, and finish the Biblical story with the crucifixion and the resurrection. Eventually, we reach the Warsaw Ghetto uprising and sing “Let My People Go.”

We pour plenty of wine, shout good wishes for the Palestinians, Native Americans, and everyone else running for freedom. We end the evening with lines from a version of the Haggadah I wrote: “Next year in Jerusalem delivered from bondage.”

What makes you proud to be a Jew?

Jewish culture is rich and varied with a transnational sense of peoplehood. In Europe, my ancestors were everything from ultra-orthodox to Polish nationalists, to escape-to-America émigrés, to Zionist and Communist. The Nazis murdered almost all of them. In the face of that horror and other horrors of history, Jewish survival is astonishing.

I’m especially proud of the American Jewish experience that pushed me, and others, to join the civil rights and social justice movements. I’ve heard it said that support for equality and justice flows from Jewish ethics and from the history of Jewish persecution. I’d like to believe it.

What are you most ashamed about Jews as an ethnic group?

From my point of view, Zionism turned out to be a moral disaster for the Jews. American Jews have been suckered into supporting Israel in unthinking ways. This has been changing, but not enough American Jews are yelling and screaming to stop Israel’s expansion.

Have you been attacked at Stanford because of your beliefs?

After I began to teach at Stanford in the 1990s, a professor wrote a letter denouncing me as a “terrorist.” He was a very nice guy, very progressive — except when it came to Israel. A switch would go off and he’d go bananas.

You have used the expression “Zionist crackpot.” What does it mean to you?

I don’t mean the typical supporter of Israel. I mean those people who fall into the extremist syndrome and who are motivated by a deep-rooted sense that Jews are always the victims and that Israel is always under attack even when it’s the aggressor.

Forty years ago, did you believe there would be a resolution to the conflict between Israel and the Palestinians?

Yes. And I still do.

Do you see a resolution to the conflict in your own lifetime?

Assuming I live another decade or two, probably not. But you never know. Who would have thought the Soviet Union would collapse? Or a black man would be president? I may not live to see it but it’s likely to happen.

Do you think that there can be a one-state solution to the conflicts between Palestinians and Israelis?

Of course, there can be — which doesn’t mean it will happen, at least in the near future. The conflict is not at root religious and it hasn’t been going on for thousands of years, as many claim. It started about 130 years ago when Zionism, a Western political movement, called for the settlement of Palestine and the exclusion of the native people. It’s a conflict started by people, not by God; humans created it; humans can fix it.

What do you see happening now?

Israeli Jews are a nationality with their own language and culture, as are the Palestinians, so it would take a lot of good faith to fit all of them together, including the refugees. Good faith is not an abundant commodity nowadays. Meanwhile, the Israeli government has been doing all it can to prevent a two-state solution by expanding settlements and uprooting Palestinian communities. 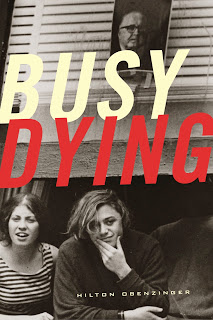 One state may be inevitable, since the foundations for a viable Palestinian state have been greatly undermined. Israel might move further in its current colonialist direction, creating reservations for the natives and a large open-air prison in Gaza. I don’t care if there are one or four states, actually, just so long as equality and democratic rights are at the core of all of them.

What have you learned from studying the Holocaust?

When we protested the war in Vietnam many of us didn’t want to be “good Germans” — people passively accepting evil and genocide. My family’s murder always weighs on my mind, so for me it’s imperative to speak out about injustice.

I produced my aunt’s oral testimony called Running through Fire about her escape from the Warsaw Ghetto. I learned from her that everything is muddy — with some Germans acting morally and courageously and some Jews acting in a craven fashion. I also leaned that in a situation of utter horror, no matter how smart and skilled and, in her case, how beautiful you were, pure luck is a determining factor. I’ve also learned to keep my passport up-to-date.

What does it mean to you to be a Jew?

After my son’s birth I felt compelled to pass on to him a positive Jewish experience without the corruptions of anti-Arab racism, and the “Jewish Disneyland” kitsch that American Jews love. I wanted my son to laugh, to enjoy the bar mitzvah experience, to feel comfortable being Jewish and Filipino — which is his mother’s ethnic identity.

What do you think Jews and Arabs have in common?

I told my aunt who survived the Nazis that if she could meet Palestinians in refugee camps she would like them, and that they were a lot like her. Palestinians, like Jews, value education and culture, and they insist on persisting. They, too, have historical memories that they won’t allow to be erased and that they act upon. Both Israeli Jews and Palestinians have also managed to drive each other insane. It’s painful watching two peoples destroy each other.

You’ve written about “the Holy Land.” Is it holy to you?

There’s so much blood and hatred there, that it’s hard to conceive of the place as holy.

At Stanford, where you teach, is there a visible Jewish population and a visible Arab population? What observations have you made about them?

Stanford gentility is strong and has its virtues. A lot of the Jewish students sympathize with the Palestinian cause nowadays and a Jewish critic of Israel is hardly an oddity.

You’re involved with Chinese Railroad Workers in North America Project? What is it?

2015 will be the 150th anniversary of the introduction of thousands of Chinese workers to build the first transcontinental railway across North America. The work culminated with Leland Stanford driving the famous “golden spike” to complete the line that connected East and West. Despite the photographs, drawings, and observers’ testimonies about the Chinese workers who labored from sunrise to sunset, not a single primary document — not a letter or a notebook — has been identified.

So there’s a real Stanford connection, isn’t there?

Construction of the railroad was central to creating the wealth that Leland Stanford used to found the university. Eventually, we’d like to build a monument to the Chinese railroad workers on campus.

What is it about your own experience as a Jew that might help you understand the experience of the Chinese railroad workers?

I remember my father’s experience as an immigrant having to work in dangerous factories. The Chinese in America suffered a lot of abuse — racial violence, mass deportations, expulsions, and discrimination. Early Chinese immigrants were tenacious and ingenuous and determined to possess the country and be possessed by it — just like anyone else.

The Columbia protest of 1968 took place 45 years ago. How do you remember it now? In fact, you wrote a book, Busy Dying, that’s in part about that experience. How did writing the book alter your sense of the past?

I have totally blanked out my graduation, but I remember sitting in Low Library in the president’s office in around-the-clock meetings to talk about negotiations and how to nonviolently defend ourselves.

Why did you write your book?

I read accounts of the Sixties and was disturbed by the distortions, stereotypes, and outright lies.

The line is from “It’s Alright, Ma (I’m Only Bleeding).” It goes, “he not busy being born is busy dying.” Dylan’s music provides much of the soundtrack of my memories. The lines “busy being born” and “busy dying” express the sense of urgency we faced in the Sixties.

When you look back at the Sixties does it seem like an era mostly of sex, drugs, and rock ‘n’ roll, or would you propose another trinity?

I got plenty of drugs but not enough of sex. I loved a lot of the rock ‘n’ roll, but I was also into country music, bluegrass, and Vivaldi. In 1968 we were “freaks” because we rebelled. The hippie part of the Sixties is too narrowly focused on middle class white kids, not the GIs fragging their officers, Freedom Riders, or Black Panthers.

At Stanford are you among the sons and daughters of the elite, who will go on to rule the Empire?

Half the undergraduates aren’t white and most aren’t rich. Of course, when Chelsea Clinton attended Stanford that pretty much defined the school’s reality. But I’ve also known students who joined the Zapatistas, organized unions, helped manage their pueblo’s casino to invest tribal funds wisely, restored native farming to the Big Island in Hawaii, develop educational programs in poor communities.

What about recent protest on campus?

In the fall of 2011, the Big Game between Berkeley and Stanford took place at Stanford right after the police attacks on Berkeley students occupying tents on campus. There was a joint rally of students from both schools — something that I think has never happened before in their fierce rivalry — to show solidarity against police brutality. It was one of the most astonishing moments in Stanford history. I don’t think I’ll ever forget it.

[Jonah Raskin, a regular contributor to The Rag Blog, is a professor Emeritus at Sonoma State University and the author of two books about American Jews, For the Hell of It: The Life and Times of Abbie Hoffman, and American Scream: Allen Ginsberg’s Howl and the making of the Beat Generation. Read more articles by Jonah Raskin on The Rag Blog.]