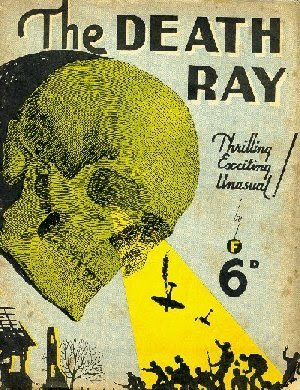 The political parties are arming themselves, in preparation for their respective conventions

Congress has approved $100 million to pay for security expenses at this summer’s presidential nominating conventions, with $50 million dedicated to each party.

CNN’s Ed Lavendera reports that Denver and St. Paul officials have said that the types of weapons being purchased are “top secret.”

Weapons such as the sonic ray gun, which emits a head-splitting frequency and deafens large groups of people. Also rumored for the conventions is the goo gun — which shoots a gel that can coat and wrap people whole, or stop a moving vehicle in its path — and a microwave pulse emitter — a radio frequency device that makes one’s skin feel it is on fire, previously deployed in the streets of Baghdad, Iraq.

The ACLU is suing both cities to disclose how security money is being spent, with hopes as to determine what specific weapons may be deployed against Americans. However, officials say it is important they be secretive about the technologies employed by their security forces, lest the crowds which will inevitably surround the conventions gain the upper hand.

This video is from CNN’s American Morning, broadcast July 7, 2008.

CNN: ‘Top secret’ weapons to be used at political conventions