What I would like to know is why all these analysts and pundits cannot take Iran at face value when they claim they are interested in developing peaceful uses of nuclear energy. Despite my deep misgivings about such pursuits owing to negative environmental consequences, under the terms of the Nuclear Non-Proliferation Treaty, to which Iran is a signatory (unlike Israel), they are entitled to the peaceful pursuit of nuclear energy.

The fact of the matter is that the IAEA has found no indication that Iran is trying to build nuclear weapons, and certain imperial western nations continue to insist that they are. Frankly, given the track record of deceit associated with the wars in Iraq and Afghanistan, I will take the word of the Iranian government over that of the Bush administration any day of the week, hands down. Anyone who looks honestly at the facts rather than the BushCo patriotic empty rhetoric will reach the same conclusion: Iran is the impugned party in this discussion. 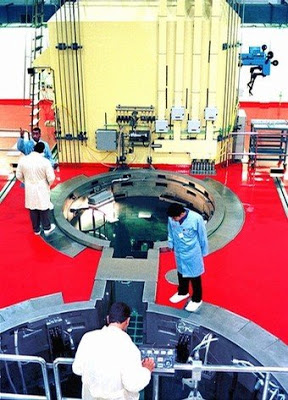 David Kay, former U. N. weapons inspector, has an op-ed in the Washington Post on the Iranian nuclear development program which I take as a veiled campaign advertisement for John McCain. In the op-ed Dr. Kay’s assessments are that, judging by the known knowns, Iran is likely to have a nuclear weapon in two to four years. Taking into account the known unknowns Iran may well have a nuclear weapon within a year or two. And the unknown unknowns? Who knows?

My humble best guess is that Iran is pushing toward a nuclear-weapons capability as rapidly as it can. But if Tehran were to believe that American — not Israeli — military action is imminent, it might slow work on the elements of its program that it thinks the world can observe. Yet such temporizing would only be tactical. Its strategic goal is to acquire nuclear weapons to counter what it views as a real U.S. threat. Iran appears to believe that the United States is not willing to accept the validity and survival of the Iranian revolutionary state.

So, what next? That’s what’s missing from the Iran debate and that forms the crux of Dr. Kay’s op-ed.

Two concerns seem to be most absent from discussion of Iran’s “nuclear future,” whatever it is: First, what policies would limit any advantage, political or military, that Iran might gain from such weapons? Second, how do we begin to craft, with all the states of the region — including Israel and Iran — political, economic and security arrangements that recognize their varied interests and concerns and their often very different perspectives on what these are? In the end, we need to decide how we can perform damage control and create arrangements that take into account states’ varied interests.

I seem to be one of the relative few who believe that neither the U. S. nor Israel is likely to attack Iran whether it has nuclear weapons or not in the near term and that it would be highly imprudent if they did. However, formulating a policy that prevents or discourages Iran from seeking or acquiring nuclear weapons that doesn’t include the use of military force certainly would seem to require a greater willingness to accept pain than we’ve exhibited lately.

Charles Ferguson, senior fellow for science and technology at the Council on Foreign Relations, writing in the Christian Science Monitor proposes a novel approach to breaking the logjam of negotiations with Iran:

A potential trust-building deal would bind the US and other nuclear energy states to Iran as clients under the condition that Iran accepts more rigorous safeguards on its nuclear program.

Iranian leaders would show that their intentions are truly peaceful if they accepted this deal. And by accepting it Iran would gain international recognition for its enrichment program and could crow that they have the world’s superpower as a client. It would be a win-win situation.

He also re-states a point I’ve been making for years: Iran does not have enough indigenous uranium to achieve the self-sufficiency that’s the stated aim of their nuclear development program:

A country needs adequate supplies of natural uranium to begin the process. Also, it needs a fuel fabrication facility to turn the enriched uranium into fuel that can be placed inside the core of a nuclear reactor. Iran has neither of these major components. But the limited supplies of indigenous natural uranium and the pilot scale enrichment plant now in operation are enough to allow Iran to eventually make dozens of nuclear bombs.

That’s one of the many troubling things about Iran’s nuclear development program: either they’re nuts or they’re hiding something. Neither is particularly comforting.

Source / Outside the Beltway

This entry was posted in RagBlog and tagged Iran, Nuclear Power. Bookmark the permalink.

1 Response to Iran, Nuclear Research, and the American Press