Iraq Lies: Will Anyone Ever Be Held to Account? 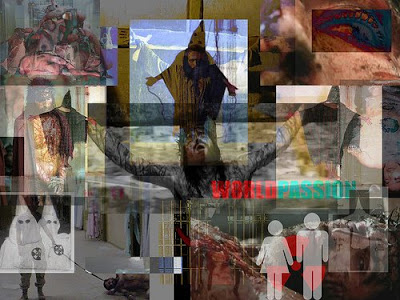 The National Security Archive released a report Friday Aug. 22, 2008 that sheds even more light on the premeditated lying and deception that took the United States to war in Iraq. The findings are based on new evidence compiled by Dr. John Prados and published by the National Security Archive. See “White Paper” Drafted before NIE even Requested, “Scoop” Independent News, Aug. 24, 2008.

Most notably, Prados shows the depth of the deception perpetrated against citizens and Congress regarding the alleged threat to U.S. security posed by Iraq. It had appeared that the White House rewrote the Oct. 1, 2002 National Intelligence Estimate and then issued that doctored report to Congress on Oct. 4, 2002. Prados reveals convincing evidence that the Oct. 4 White Paper had already been written by July 2002. He shows that it was only slightly altered after the final NIE arrived. This White Paper served as the basis for the war.

The unavoidable conclusion is that the Bush-Cheney White paper “justifying” the invasion was developed a full three months in advance of the intelligence data and analysis that should have served as the basis for that justification. The National Security Archive summed it up succinctly:

“The U.S. intelligence community buckled sooner in 2002 than previously reported to Bush administration pressure for data justifying an invasion of Iraq,

“The documents suggest that the public relations push for war came before the intelligence analysis, which then conformed to public positions taken by Pentagon and White House officials. For example, a July 2002 draft of the “White Paper” ultimately issued by the CIA in October 2002 actually pre-dated the National Intelligence Estimate that the paper purportedly summarized, but which Congress did not insist on until September 2002.” National Security Archive in “Scoop’ Independent News, August 24, 2008.

The seemingly endless war in Iraq has become a total disaster on multiple levels for all involved. The awful toll in human deaths and casualties is largely ignored but real nevertheless. Over 4,000 U.S. soldiers have been lost in battle and tens of thousands injured. In excess of one million Iraqi civilians are dead due to civil strife unleashed by the invasion. The U.S. Treasury is drained and the steep decline in respect for the United States around the world is just beginning to manifest.

The United States political establishment responds with collective denial on a scale that’s incomprehensible. In the presidential campaign, the only sustained public commentary on the war comes from the Republican presidential candidate John McCain who makes the bizarre claim that U.S. is “surrendering” with victory in clear sight. McCain touts the surge without noting that 4.0 million Iraqis are “displaced from their homes.” Nearly ten percent of Iraq’s population is either dead or injured and there are 5.0 million Iraqi orphans.

This pathological view of victory claims the “surge’ is a success in the context of a devastated population in an obliterated nation lacking in the most essential supplies and services; a nation where death continues on a shopping spree

The report by Dr. Prados makes it clear that the executive branch was responsible for creating whatever information they found necessary to justify war and they did it by posing security threats from Iraq and demanding that intelligence briefers fill in the details

“A recently declassified draft of the CIA’s October 2002 white paper on Iraqi WMD programs demonstrates that that (the White) paper long pre-dated the compilation of the National Intelligence Estimate on Iraqi capabilities.

“Bush administration and the Tony Blair government began acting in concert to build support for an invasion of Iraq two to three months earlier than previously understood.

“A comparison of the CIA draft white paper with its publicly released edition shows that all the changes made were in the nature of strengthening its charges against Iraq by inserting additional alarming claims, in the manner of an advocacy, or public relations document.

“The draft and final papers show no evidence of intelligence analysis applied to the information contained.” August 22, 2004

One Final Hope to Avoid a Tragic War

Ultimately, the White House had what it wanted by July 2002. When the National Intelligence Estimate arrived from an intimidated intelligence community, there was still one hope of a rational outcome on the rush to war. The NIE delivered to the White House on Oct. 1, 2002 noted that the one scenario in which Iraq would attack the United States involved a U.S. attack on Iraq that threatened Saddam Hussein’s survival.

The following is brutally simple. The one way to cause the hypothesized (and erroneous) claims of Hussein’s intent to attack the United States is to go to war and threaten his regime. Therefore, refraining from war was the best way to protect the United States.

“Baghdad for now appears to be drawing a line short of conducting terrorist attacks with conventional or CBW against the United States, fearing that exposure of Iraqi involvement would provide Washington a stronger cause for making war.

“Iraq probably would attempt clandestine attacks against the U.S. Homeland if Baghdad feared an attack that threatened the survival of the regime were imminent or unavoidable, or possibly for revenge.” Key Judgments, National Intelligence Estimate, Oct. 2002

That was deleted entirely. The July White Paper was “complete” and sent to Congress as the evidence justifying the invasion of Iraq.

In the most supreme of ironies, many members of Congress failed to even review the distorted White Paper before voting overwhelmingly to approve the invasion.

Is there any hope that this same legislative body can remedy the great wrong they helped create? Is there anyone who believes that this or any future White House will move with the urgency necessary to end this war? Will anyone ever be held to account for this series of premeditated deceptions?

This entry was posted in RagBlog and tagged Bush Lies, Iraq, Iraq War. Bookmark the permalink.