Iraq Report: The Surge Didn’t Do What John and Sarah Think 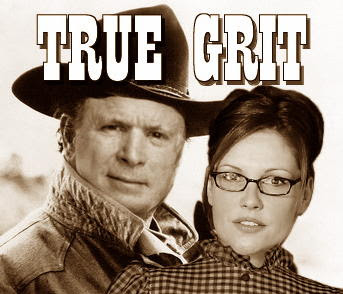 Excerpt from Rambo and the Mean Girl
By Juan Cole / September 5, 2008

A crucial element in the fall of violence from the catastrophic levels of summer, 2006, was the ethnic cleansing of Baghdad of its Sunnis. I wrote in mid-July:

“As best I can piece it together, what actually seems to have happened was that the escalation troops began by disarming the Sunni Arabs in Baghdad. Once these Sunnis were left helpless, the Shiite militias came in at night and ethnically cleansed them. Shaab district near Adhamiya had been a mixed neighborhood. It ended up with almost no Sunnis. Baghdad in the course of 2007 went from 65% Shiite to at least 75% Shiite and maybe more. My thesis would be that the US inadvertently allowed the chasing of hundreds of thousands of Sunni Arabs out of Baghdad (and many of them had to go all the way to Syria for refuge). Rates of violence declined once the ethnic cleansing was far advanced, just because there were fewer mixed neighborhoods. Newsrack was among the first to make this argument, though I was tracking the ethnic cleansing at my blog throughout 2007. See also Karen DeYoung of the Washington Post on this issue.”. . .

The point is not that there are no Sunni enclaves left in Baghdad, only that there are many fewer such enclaves, and that many formerly mixed neighborhoods are now entirely Shiite. In fact, this ethnic cleansing is among the major reason that the some 4 million Iraqis displaced internally and externally by Bush’s war refuse to return. They have nothing to return to. The mixed or Sunni neighborhoods from which the Sunnis among them escaped no longer exist. A fourth of the Iraqi refugees in Jordan have, moreover, had a child kidnapped. Even if the child was returned, the family is not going to risk returning.

‘ The sectarian cleansing of Baghdad has been — albeit tragic — one of the key elements to the drop in sectarian violence in the capital. […] It’s a very simple concept: Baghdad has been divided; segregated into Sunni and Shia enclaves. The days of mixed neighborhoods are gone. […] If anyone is telling you that the cleansing of Baghdad has not contributed to the fall in violence, then they either simply do not understand Baghdad or they are lying to you.’

McCain and ideologues such as Fred Kagan must deny or ignore the ethnic cleansing of Baghdad and other areas, and ignore the millions of Iraqis now living abroad or in other provinces, many of them in dire straits, because their Rambo complex forces them to insist that an extra 30,000 US troops, inserted for 16 months, made all the difference.