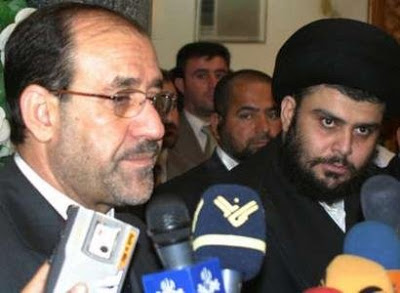 BAGHDAD — Fearing political division in the parliament and in his country, Iraqi Prime Minister Nouri al Maliki won’t sign the just-completed agreement on the status of U.S. forces in Iraq, a leading lawmaker said Friday.

The new accord’s demise would be a major setback for the Bush administration, which has been seeking to establish a legal basis for the extended presence of the 151,000 U.S. troops in this country, and for Iraq, which won notable concessions in the draft accord reached a week ago.

“No, he will not” submit the agreement to the parliament, Sheikh Jalal al Din al Sagheer, the deputy head of the Shiite Muslim Islamic Supreme Council of Iraq, told McClatchy. “For this matter, we need national consensus.”

Instead, Sagheer said, Iraq’s political leaders are considering seeking an extension of the United Nations mandate for the presence of U.S. troops, which will expire on Dec. 31. Russia, a permanent member of the U.N. Security Council, has assured Iraq that it wouldn’t veto an extension, he said, adding that one was likely to last between six months and a year.

Ali al Adeeb, the chief of staff of Maliki’s Dawa party, said Wednesday that the Iraqi parliament “cannot approve this pact in its current form.”

Top U.S. military officials have warned of serious consequences if the agreement isn’t signed. Adm. Mike Mullen, the chairman of the Joint Chiefs of Staff, said earlier this week that Iraq’s forces “will not be ready to provide for their security” after the current U.N. mandate runs out. “And in that regard there is great potential for losses of significant consequence,” Mullen said.

Army Gen. Ray Odierno, the top U.S. commander in Iraq, told USA Today: “Without (a security agreement), we would potentially have to cease all operations.”

Iraqis, however, are adamant that the accord must be open to further amendments if they’re to approve it.

“The problem is that when we were given the latest draft, we were told the American negotiators will accept no amendments to it, and the Iraqi government has more requirements,” said Sagheer, an Islamic cleric who later led the Friday prayers broadcast on national television.

He said that Maliki had come to the Political Council for National Security, a top decision-making body, and said the new accord was the best he could obtain, but it didn’t include everything that Iraq wanted.

If Maliki signed the accord and turned it over to the parliament, “I’m sure that the agreement will not be approved for 10 years,” Sagheer said.

A second factor is that the accord comes just before the U.S. elections, and an Iraqi negotiator had to ask whether it was best to negotiate with the lame-duck Bush administration or wait for its successor. More important, Sagheer said, are the approaching provincial elections in Iraq, which could be held early next year.

“Iraqi politicians don’t want to give their competitors the chance to use this agreement to destroy them,” he said.

The accord contains a number of American concessions, calling for U.S. troops to withdraw to their bases by June 2009 and to leave Iraq by the end of 2011 — both dates subject to extension, but only if the Iraqi government requests it.

The accord also would allow Iraq to prosecute U.S. troops except when they’re on U.S. bases or on military operations, strips private military contractors of U.S. legal protection and reclaims control over Baghdad’s “Green” zone, the location of the U.S. Embassy and military headquarters and much of the Iraqi government’s headquarters.

Sagheer said that setting a timetable for a U.S. troop withdrawal was a “historic” accomplishment.

He also acknowledged that an extension of the current U.N. mandate might not reflect the gains made in the status of forces draft.

“For everything there is a price,” he said. “And although (the accord) has many advantages, it also has many disadvantages, as it does for the coalition forces.”

The problem for Iraqis, he said, was “the feeling with some of the parties that America has no intention of withdrawing within the timetable.” Iraqis, he said, had so many negative experiences while a British mandate under the League of Nations from 1920 to 1932 that they fear a written agreement. “We have the feeling that if the Iraqi government accepts the demands, it will give a legal right to be occupied, so we don’t have any kind of sovereignty.”

Other politicians said that if Washington agrees to extend the negotiations, the talks will never end.

“This is all a game to win time. When the current issues are settled, they will just find new ones. . . . They are delaying to appease Iran,” said Mithal al Alusi, a secular Sunni legislator whos’ critical of the current Shiite-led government.