Ireland : ‘Blasphemy’ Now Against the Law 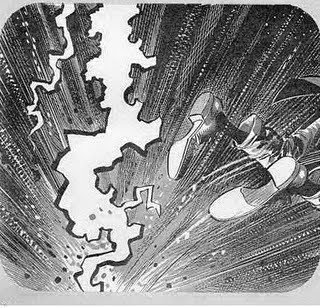 On January 1st a new law took effect in Ireland — the so-called “Blasphemy Law.” This law makes it a criminal offense to make blasphemous statements regarding any religion. The penalty for this blasphemy is a fine of up to 25,000 euros (or about $35,000 in U.S. currency). The government said the new law was needed because the Irish Constitution only protected Christianity from blasphemy.

Obviously, Ireland is not big on “free speech” — at least as far as religion is concerned. This law would be considered to be an unconstitutional violation of free speech here in the United States, and that’s just how Irish atheists believe it should be in Ireland. This law could criminalize all Irish atheists for just stating their sincerely held beliefs, while the religious folks could say anything at all about atheism (no matter how mean, nasty or untrue their words were).

This really stacks the table against free thought and for religion. But the Irish atheists are already taking the first steps in fighting this new and unfair law. Atheist Ireland chairman Michael Nugent says, “This new law is both silly and dangerous. It is silly because medieval religious laws have no place in a modern secular republic, where the criminal law should protect people and not ideas.”

Now some of you may think that as an American I really don’t have a dog in this fight. I disagree. As you can probably tell by my last name, my ancestry is mostly Irish (with a dash of Scot and Dutch thrown in). I have always been proud of that because those ancestors have never bent their knee to tyranny.

The Irish fought for many centuries for freedom and self-determination for their people, and many brave Irishmen gave their lives for this cause. How is it then that they now seek to criminalize and subjugate the beliefs of many of their own citizens? Are their religions really so weak that they cannot withstand the verbal and written words of honest Irishmen? Isn’t this just religious tyranny?

But there are still Irishmen who believe all Irishmen should have the right to say what they wish. The Irish atheists are fighting back. On the first day the new law went into effect, Atheist Ireland posted 25 blasphemous quotations on their website. The quotations are from famous people and “blaspheme” several religions (Christianity, Judaism, Islam, Buddhism) and religion in general.

Actually it is only 24 “blasphemous” quotations, since one of the 25 actually denigrates atheism. They wanted to show their belief that all ideas should be subject to scrutiny and free speech — even their own.

They are, in effect, daring the government to arrest and charge them with blasphemy. And if this happens, they promise to fight it in the courts in the hope of getting the ridiculous law overturned. They are also scheduling public meetings across the country, where I’m sure they will be issuing more “blasphemous” statements.

I commend these brave Irishmen and wish them success in their endeavor. To see all of the 25 published statements, go to the site of Atheist Ireland. I am only printing one of the statements here because it is one of my favorite quotes — from the entertainer, atheist and Irish-American George Carlin, who said,

Religion easily has the greatest bullshit story ever told. Think about it. Religion has actually convinced people that there’s an invisible man living in the sky who watches everything that you do, every minute of every day. And the invisible man has a special list of 10 things he does not want you to do. And if you do any of these ten things, he has a special place, full of fire and smoke and burning and torture and anguish, where he will send you to live and suffer and burn and choke and scream and cry forever and ever ’til the end of time!

But he loves you. He loves you, and he needs money! He always needs money! He’s all-powerful, all-perfect, all-knowing, and all-wise, but somehow just can’t handle money! Religion takes in billions of dollars, they pay no taxes, and they always need a little more. Now talk about a good bullshit story. Holy Shit!

2 Responses to Ireland : ‘Blasphemy’ Now Against the Law