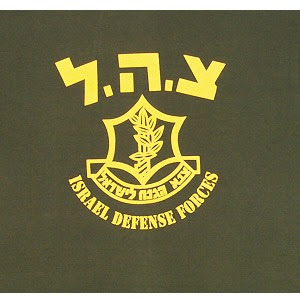 ‘While its preference is to coordinate with the US, defense officials have said Israel is preparing a wide range of options for such an operation.’
By Yaakov Katz / December 4, 2008

The IDF (Israel Defense Forces)is drawing up options for a strike on Iranian nuclear facilities that do not include coordination with the United States, The Jerusalem Post has learned.

While its preference is to coordinate with the US, defense officials have said Israel is preparing a wide range of options for such an operation

“It is always better to coordinate,” one top Defense Ministry official explained last week. “But we are also preparing options that do not include coordination.”

Israeli officials have said it would be difficult, but not impossible, to launch a strike against Iran without receiving codes from the US Air Force, which controls Iraqi airspace. Israel also asked for the codes in 1991 during the First Gulf War, but the US refused.

“There are a wide range of risks one takes when embarking on such an operation,” a top Israeli official said.

Several news reports have claimed recently that US President George W. Bush has refused to give Israel a green light for an attack on Iranian facilities. One such report, published in September in Britain’s Guardian newspaper, claimed that Prime Minister Ehud Olmert requested a green light to attack Iran in May but was refused by Bush.

In September, a Defense News article on an early warning radar system the US recently sent to Israel quoted a US government source who said the X-band deployment and other bilateral alliance-bolstering activities send parallel messages: “First, we want to put Iran on notice that we’re bolstering our capabilities throughout the region, and especially in Israel. But just as important, we’re telling the Israelis, ‘Calm down, behave. We’re doing all we can to stand by your side and strengthen defenses, because at this time, we don’t want you rushing into the military option.'”

The “US European Command (EUCOM) has deployed to Israel a high-powered X-band radar and the supporting people and equipment needed for coordinated defense against Iranian missile attack, marking the first permanent US military presence on Israeli soil,” Defense News wrote. The radar will shave several precious minutes off Israel’s reaction time to an Iranian missile launch.

In a related article at about the same time, TIME magazine raised the possibility that through the deployment of the radar, America wants to keep an eye on Israeli airspace, so that the US is not surprised if and when the IAF is sent to bomb Iran, a scenario Washington wants to avoid.

The US army sent 120 EUCOM personnel to Israel’s Nevatim Air Base southeast of Beersheba to man the new radar.

Last week, Iran’s nuclear chief Gholam Reza Aghazadeh revealed that the country was operating more than 5,000 centrifuges at its uranium enrichment plant in Natanz and would continue to install centrifuges and enrich uranium to produce nuclear fuel for the country’s future nuclear power plants.

“At this point, more than 5,000 centrifuges are operating in Natanz,” said Aghazadeh, who is also the head of the Atomic Energy Organization of Iran. This represents a significant increase from the 4,000 Iran had said were up and running in August at the plant.

The Islamic republic has said it plans to move toward large-scale uranium enrichment that will ultimately involve 54,000 centrifuges.

Israeli officials said last week that the drop in oil prices and the continued sanctions on Iran were having an effect, although they had yet to stop Teheran’s nuclear program. The officials said that while Iran was making technological advancements, it would not have the necessary amount of highly-enriched uranium for a nuclear bomb until late 2009.

“There is still time and there is no need to rush into an operation right now,” another Israeli official said. “The regime there is already falling apart and will likely no longer be in power 10 years from now.”

The IAF was preparing for a wide range of options, OC Air Force Maj.-Gen. Ido Nehushtan recently said, adding that all it would take to launch an operation was a decision by the political echelon.

“The air force is a very robust and flexible force,” he told Der Spiegel. “We are ready to do whatever is demanded of us.”

On Monday, Teheran dismissed the possibility of an Israeli strike, saying it didn’t take Israel seriously.

“We think that regional and international developments and the complicated situation faced by Israel itself will not allow it to launch military strikes against other countries,” Iranian Foreign Ministry spokesman Hassan Qashqavi told reporters in Teheran, according to the Press TV Web site. “Israel makes threats to promote its psychological and media warfare,” he said.