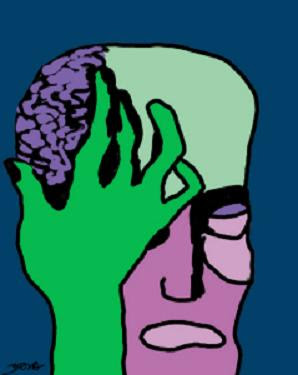 Public health and the pharmaceutical myth
By Janet Gilles / May 11, 2008 / The Rag Blog

Onward with the lesson that medical means toxic, the FDA cannot approve a drug without establishing the level at which it will kill half the cats, rats, and mice in the study.

We have a very serious public health problem in this country. Meanwhile, in an environment where our foods contain little or no nutrition BECAUSE of government subsidies to junk food, “progressives” demand free pharmaceuticals for everyone:

“The Farm Bill is fundamentally a public health bill,” said Dr. Benjamin of the American Public Health Association. “Its long reach affects the food security of our nation and, in turn, our health.”

The letter, sent to Chairs and Ranking Minority Members on the House and Senate Agriculture Committees, targets policies in previous Farm Bills that have helped make the calorie-dense foods Americans already over-consume – namely cheap starches and highly processed foods made from added sweeteners and oils derived from corn and soybeans – some of the cheapest to buy.

“Our communities are flooded with cheap, unhealthy foods that ultimately are helping drive healthcare costs through the roof,” said Dr. David Wallinga, director of the Food and Health Program at the Institute for Agriculture and Trade Policy.

And check out the following.

There are articles like this about all the major drugs, because, as I say, they are toxic.

That is what a pharmaceutical is, a toxic substance.

Somehow the popular conception is that they have been proven safe by FDA, but actually, no.

They are proven toxic.

Paxil, Lies, and the Lying Researchers Who Tell Them

A bombshell has just appeared in the International Journal of Risk & Safety in Medicine. The subject of the paper is Paxil study 329, which examined the effects of the antidepressant paroxetine in adolescents. The study findings were published in the Journal of the American Academy of Child and Adolescent Psychiatry in 2001. These new findings show that I was wrong about Paxil Study 329. You know, the one that I said overstated the efficacy of Paxil and understated its risks. The one that I claimed was ghostwritten. Turns out that due to legal action, several documents were made available that shed more light on the study. The authors (Jureidini, McHenry, and Mansfield) of the new investigation have a few enlightening points. Let’s look at the claims and you can then see how wrong I was, for which I sincerely apologize. The story is actually worse than I had imagined. Here’s what I said then:

Article [quote from the study publication]: Paroxetine is generally well-tolerated and effective for major depression in adolescents (p. 762).

I went on to bemoan how the authors took differences either based on arbitrary cutoff scores or from measures that assessed something other than depression to make illegitimate claims that paroxetine was effective. Based upon newly available data from the study, here’s what happened.

• The protocol for the study (i.e., the document laying out what was going to happen in the study) called for eight outcome measurements. To quote Jureidini et al: “There was no significant difference between the paroxetine and placebo groups on any of the eight pre-specified outcome measures.” So I was wrong. Paxil was not better on 4 of 8 measures — it was better on ZERO of eight measures. My sincerest apologies.

• Another quote from Jureidini and friends: “Overall four of the eight negative outcome measures specified in the protocol were replaced with four positive ones, many other negative measures having been tested and rejected along the way.”

Let’s break this thing down for a minute. The authors planned to look eight different ways for Paxil to beat placebo. They went zero for eight. So, rather than declaring defeat, the authors then went digging to find some way in which Paxil was better than a placebo. Devising various cutoff scores on various measures on which victory could be declared, as well as examining individual items from various measures rather than entire rating scales, the authors were able to grasp and pull out a couple of small victories. In the published version of the paper, there is no hint that such data dredging occurred. Change the endpoints until you find one that works out, then declare victory.

I was incensed about the coverage of safety, particularly the magical writing that stated that a placebo can make you suicidal, but Paxil could not. I wrote:

It gets even more bizarre. Remember those 10 people who had serious adverse psychiatric events while taking paroxetine? Well, the researchers concluded that none of the adverse psychiatric events were caused by paroxetine. Interestingly, the one person who became “labile” [i.e., suicidal] on placebo – that event was attributed to placebo. In this magical study, a drug cannot make you suicidal but a placebo can. In a later document, Keller and colleagues said that “acute psychosocial stressors, medication noncompliance, and/or untreated comorbid disorders were judged by the investigators to account for the adverse effects in all 10 patients.” This sounds to me as if the investigators had concluded beforehand that paroxetine is incapable of making participants worse and they just had to drum up some other explanation as to why these serious events were occurring.

Turns out I missed a couple things. Based on looking at an internal document and doing some calculations, Jureidini et al. found that serious adverse events were significantly more likely to occur in patients taking paroxetine (12%) vs. placebo (2%). Likewise, adverse events requiring hospitalization were significantly disadvantageous to paroxetine (6.5% vs. 0%). Severe nervous system side effects — same story (18% vs. 4.6%). The authors of Study 329 did not conduct analyses to see whether the aforementioned side effects occurred more commonly on drug vs. placebo.

Funny how they had time to dredge through every conceivable efficacy outcome but couldn’t see whether the difference in severe adverse events was statistically significant.

One quote from the discussion section of the paper sums it all up:

There was no significant efficacy difference between paroxetine and placebo on the two primary outcomes or six secondary outcomes in the original protocol. At least 19 additional outcomes were tested. Study 329 was positive on 4 of 27 known outcomes (15%). There was a significantly higher rate of SAEs with paroxetine than with placebo. Consequently, study 329 was negative for efficacy and positive forharm.
But the authors concluded infamously that “Paroxetine is generally well-tolerated and effective for major depression in adolescents.”

Enter Ghostwriters. Documentary evidence as shown on indicated that the first draft of the study was ghostwritten. This leaves two roles for the so-called academic authors of this paper:

They were willing co-conspirators who committed scientific fraud.

They were dupes, who dishonestly represented that they had a major role in the analysis of data and writing of the study, when in fact GSK operatives were working behind the scenes to manufacture these dubious results.