Jack A. Smith : My Life and Times with the Guardian 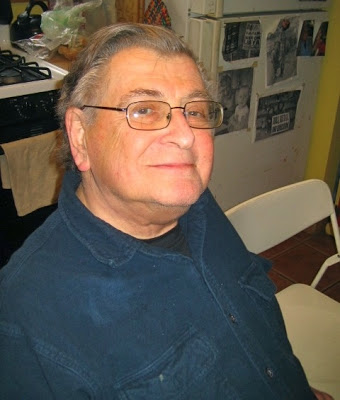 Progressive journalist Jack A. Smith, 2012.
My life and times with the Guardian

Longtime radical activist and progressive journalist (and Rag Blog contributor) Jack A. Smith, former editor of the National Guardian (later renamed the Guardian), will be Thorne Dreyer‘s guest on Rag Radio, Friday, August 3, 2-3 p.m. (CDT) on KOOP 91.7-FM in Austin. The show is streamed live on the Internet, and is rebroadcast by WFTE-FM in Mt. Cobb and Scranton, PA, Sunday mornings at 10 a.m. (EDT). Shortly after broadcast the podcast of this show can be heard at the Internet Archive.

[I asked Jack Smith to send along some background material, as I always do with my Rag Radio guests, and what he sent was so impressive that we’re running it here as a stand-alone article. Jack Smith was one of the most important figures in progressive journalism in the 20th century, and his work, I believe, is underrecognized. Hopefully we’re taking one small step to correct that situation! — Thorne Dreyer]

The National Guardian was founded in 1948 to promote the views of the Progressive Party (which ran Henry Wallace for president that year). The weekly tabloid led an independent left-wing existence soon after the election and continued publishing until 1992. (It changed its name to the Guardian in late 1967, when it became a worker’s cooperative.) 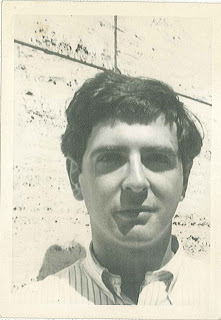 Jack A. Smith, then a reporter for the National Guardian, in 1964.
I was born in New York City to a low income family in 1934, so I’ll be 78 this month, August. My widowed mother went to work to support her two kids, my sister, and me. I began working full time at 16, attending night school to get my high school diploma. I began reading radical papers, including the National Guardian, as a freshman in high school and developed socialist views at that time, which I still hold.

After interviews with the SS and FBI, the federal government drafted me as punishment. I was overage for the draft, 27 by now, plus I was deferred because I had two young children. When I refused the draft, I was indicted. UPI thereupon fired me, after eight years. I edited the Bulletin of the Committee for Nonviolent Action until my trial and conviction. I served nine months in federal prison. I began to identify as a Marxist in prison and drifted away from absolute pacifism.

When I got out it was evident that I was blackballed from getting work in the bourgeois media. I had written a few articles for the National Guardian in earlier years and the paper hired me a few weeks after I regained  my freedom in mid-1963, and I remained for 21 years, moving from writer to news editor to the paper’s editor over a few years.

My biggest accomplishments at the Guardian included: transforming the paper into a worker’s cooperative (with equal, very low pay for all and a child allowance plus health insurance); doubling the size of the Guardian from 12 to 24 pages a week; increasing the paper’s coverage of the vibrant U.S. movements for social change (students, peace, women’s, gays, black power, civil rights, radical union struggles); switching from a “left progressive” editorial stand to Marxism; and working to make sure the Guardian contained the best coverage of the Vietnam War from a pro-Vietnamese point of view and that of the various peace groups in the U.S.

I left the Guardian on friendly terms in 1984. I was very deeply in debt by that time — after 21 years of sub-minimum wages, and raising a child on my own — and simply had to get a better-paying job. I edited several commercial magazines until retiring from paid work in 1999. During this time I remained politically active and was associated with Marxist groups, as I remain today.

My wife Donna Goodman and I moved from NYC to the college town of New Paltz, N.Y., about two hours north of the big city, in the early 1990s. We became politically active and began organizing a great many demonstrations and public meetings of a political nature, mostly in opposition to the imperialist wars (many of them were in conjunction with the Answer Coalition).

When I retired I began writing and editing our own email Activist Newsletter and calendar every two weeks (now monthly) to people living in the Hudson Valley region where we organize. The Newsletter circulates to over 3,000 readers, most of whom took part in one or more of our rallies, meetings, and long distance bus trips.

[Jack A. Smith was editor of the Guardian — for decades the nation’s preeminent leftist newsweekly — that closed shop in 1992. Smith now edits the Hudson Valley Activist Newsletter. Read more articles by Jack A. Smith on The Rag Blog.

2 Responses to Jack A. Smith : My Life and Times with the Guardian