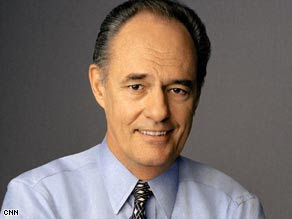 NEW YORK — Russia invades Georgia and President Bush goes on vacation. Our president has spent one-third of his entire two terms in office either at Camp David, Maryland, or at Crawford, Texas, on vacation.

His time away from the Oval Office included the month leading up to 9/11, when there were signs Osama bin Laden was planning to attack America, and the time Hurricane Katrina destroyed the city of New Orleans.

Sen. John McCain takes weekends off and limits his campaign events to one a day. He made an exception for the religious forum on Saturday at Saddleback Church in Southern California.

I think he made a big mistake. When he was invited last spring to attend a discussion of the role of faith in his life with Sens. Barack Obama and Hillary Clinton, at Messiah College in Pennsylvania, McCain didn’t bother to show up. Now I know why.

It occurs to me that John McCain is as intellectually shallow as our current president. When asked what his Christian faith means to him, his answer was a one-liner. “It means I’m saved and forgiven.” Great scholars have wrestled with the meaning of faith for centuries. McCain then retold a story we’ve all heard a hundred times about a guard in Vietnam drawing a cross in the sand.

Throughout the evening, McCain chose to recite portions of his stump speech as answers to the questions he was being asked. Why? He has lived 71 years. Surely he has some thoughts on what it all means that go beyond canned answers culled from the same speech he delivers every day.

He was asked “if evil exists.” His response was to repeat for the umpteenth time that Osama bin Laden is a bad man and he will pursue him to “the gates of hell.” That was it.

He was asked to define rich. After trying to dodge the question — his wife is worth a reported $100 million — he finally said he thought an income of $5 million was rich.

One after another, McCain’s answers were shallow, simplistic, and trite. He showed the same intellectual curiosity that George Bush has — virtually none.

Where are John McCain’s writings exploring the vexing moral issues of our time? Where are his position papers setting forth his careful consideration of foreign policy, the welfare state, education, America’s moral responsibility in the world, etc., etc., etc.?

John McCain graduated 894th in a class of 899 at the Naval Academy at Annapolis. His father and grandfather were four star admirals in the Navy. Some have suggested that might have played a role in McCain being admitted. His academic record was awful. And it shows over and over again whenever McCain is called upon to think on his feet.

He no longer allows reporters unfettered access to him aboard the “Straight Talk Express” for a reason. He simply makes too many mistakes. Unless he’s reciting talking points or reading from notes or a TelePrompTer, John McCain is lost. He can drop bon mots at a bowling alley or diner — short glib responses that get a chuckle, but beyond that McCain gets in over his head very quickly.

I am sick and tired of the president of the United States embarrassing me. The world we live in is too complex to entrust it to someone else whose idea of intellectual curiosity and grasp of foreign policy issues is to tell us he can look into Vladimir Putin’s eyes and see into his soul.

George Bush’s record as a student, military man, businessman and leader of the free world is one of constant failure. And the part that troubles me most is he seems content with himself.

He will leave office with the country $10 trillion in debt, fighting two wars, our international reputation in shambles, our government cloaked in secrecy and suspicion that his entire presidency has been a litany of broken laws and promises, our citizens’ faith in our own country ripped to shreds. Yet Bush goes bumbling along, grinning and spewing moronic one-liners, as though nobody understands what a colossal failure he has been.

I fear to the depth of my being that John McCain is just like him.

Jack Cafferty is the author of the best-seller “It’s Getting Ugly Out There: The Frauds, Bunglers, Liars, and Losers Who Are Hurting America.” He provides commentary on CNN’s “The Situation Room” daily from 4 p.m.-7 p.m. You can also visit Jack’s Cafferty File blog.

1 Response to Jack Cafferty : Is McCain Another George W. Bush?