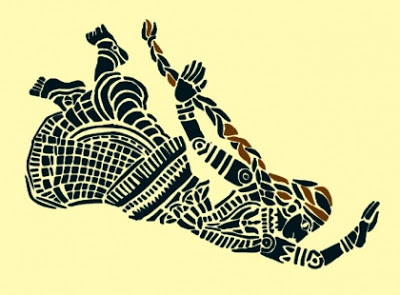 Barney considers himself devoted to the Rodney King school of public thought: why can’t we all just get along?

Down at the neighborhood tavern, I was listening for the umpteenth time to my friend Barney lament how food stamps are not accepted for alcohol. Like me, Barney’s been out of work almost two years now. He’s been through the five stages of grief more than once.

About the third beer he segued into his second-favorite topic, the terrible conflicts caused by religious intolerance. Barney considers himself devoted to the Rodney King school of public thought: why can’t we all just get along?

News came on the TV that some Iranian cleric raised the bounty on the life of Salman Rushdie, from $2.8 to $3.3 million dollars.

“Those guys are nuts,” I said. “Rushdie didn’t even do anything. It was some bozo in California made that anti-Islam movie that pissed off all the Muslims. So why are they getting back on his case again?”

“Those California people are kind of obscure. Rushdie’s high profile…”

“So they go after the famous guy instead of the guys who actually did it?”

“Hey, I don’t think he’s worried. I mean, they couldn’t get Rushdie before. They put that original price on his head back in 1989, when three million bucks really meant something. And nobody ever got near him. He finally quit hiding and went back to his normal life of international celebrity.”

“How do you suppose a bunch of Iranian religious fanatics happened to come by that much cabbage anyhow?”

“Maybe they put the squeeze on the faithful.”

“Maybe we ought to go after that money ourselves,” said Barney.

“What? Assassinate Salman Rushdie? Are you nuts?”

“Well, I mean, we wouldn’t really have to kill him. We could just make him disappear and pretend he’s dead…”

“The Iranians would never believe it.”

“Hey, it worked with Osama bin Laden, no? Is he really dead? Was he buried at sea, like they said? There was no corpse. Did he ever really exist?”

“How could we make Rushdie disappear?”

“And why would he do that?”

“To take the pressure off himself. If the Iranians think he’s dead, they’ll stop coming after him, won’t they? Maybe we could sweeten the pot for him too. You know, split the fatwa cash. Give him the half million the Iranians just added…”

“But Rushdie loves the limelight. He’s not just going to walk away.”

“Give me limelight and give me death? What kind of a choice is that? Even Rushdie must realize that discretion is the better part of valor…”

“He would never go along with those kind of cliches,” I said. “And even if Rushdie agreed to such a crazy scheme, we’d still have to offer some kind of proof to the Iranians.”

“How hard could it be to come up with a body? People die every day in one disaster or another. We could pay a Hollywood makeup genius to craft Rushdie’s head out of silicon, then hire some starving crazies to parade it through the streets of Benghazi on a stick, shouting ‘God is great!’”

“Sounds sketchy to me, Barn. What if the Iranians refused to pay up?”

“Then it’s back to the Power Ball Lottery for us, I guess. And let Netanyahu kick off World War Three. If the Iranians won’t pay up, fuck em.”

“Yeah, they probably don’t even have the dough. What’re you drinkin?”

“Well, I’d like to try some of whatever Mitt Romney sucked down before he gave that speech calling half of Americans freeloaders. He had to be high…”

“You mean, he was just being Mormonic?”

“There’s a wealthy Hong Kong tycoon offering $65 million dollars to any guy who’ll marry his daughter. He says: ‘I don’t care if he’s rich or poor. The important thing is that he’s generous and kind-hearted…’”

“That could be either one of us. What’s wrong with her?”

“Nothing. I saw her photo. She’s very nice looking, in her early thirties.”

“There must be a line of guys around the block.”

“There is one complication. She’s already married to her girlfriend.”

“You are generous and kind-hearted…”

“Yeah, but that’s what keeps me from the only other get rich quick scheme I know.”

“You gotta draw the line somewhere.”

“See, you’re not cut out for politics either.”

“This presidential election is too spooky anyway.”