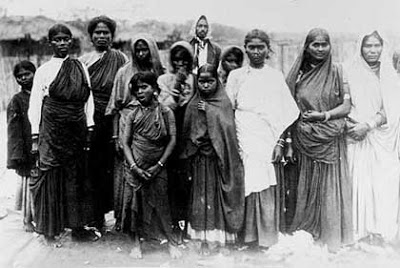 KWA-ZULU NATAL, South Africa — South Africans of Indian descent are commemorating the arrival of the first indentured Indian workers here 150 years ago. In November 1860, two ships brought nearly 700 laborers from India to Durban. By 1911 more than 150,000 indentured Indian workers had landed in South Africa. Most came to what is now the province of Kwa-Zulu Natal, where more than half of them worked in the sugar cane fields.

Today about 1.5 million Indians live in South Africa, a small but influential minority comprising about three percent of the country’s population. Indian South Africans have distinguished themselves in many professions, including medicine, academia, and commerce. Some have risen to Cabinet level government positions. Navanethem Pillay, a South African lawyer, university professor and judge of Indian descent has served since 2008 as the United Nations High Commissioner for Human Rights.

Before the British abolished slavery in 1833, some Indians had been sold into slavery along with Malays and Africans, primarily to work harvesting sugar cane in Britain’s tropical colonies. The British had become addicted to the sugar that went so well with the tea from India they had adopted as a comfort ritual on their cold island, a bit of cultural colonial blowback.

Workers contracted to work for five years for whatever employer they were assigned. After five years they could re-indenture or look elsewhere for work. Workers who spent 10 years in the colony had the right to a free passage back to India, or to remain as citizens in the colony.

The British tried to regulate the conditions of indenture, but workers often lived and worked in primitive, brutal circumstances, like slaves. Isolated from legal oversight, employers abused their indentured laborers with impunity. Workers returning to India complained of the overwork, malnourishment, and squalid living conditions they had to endure. A Coolie Commission was appointed in 1872 to protect Indian immigrants, but failed to prevent abuses.

The overtly racist government and society of the time dictated where Indians could live and how they could travel within the country. Despite this discrimination and the limitations on their freedom, more than half of the indentured laborers elected to remain in South Africa. Besides the cane fields of Natal, Indians worked at the port of Durban, in hospitals, in the coal mines, or helping to build the railroads.

A momentous event for the future of Indians in South Africa, and for the future transformation of the entire nation, was the arrival in the country of a young, newly-minted Indian lawyer, Mohandas Gandhi, in 1893. Gandhi had come to represent an Indian firm on a one-year contract. Less than a week into his stay, on a train from Durban to Pretoria to attend court, Gandhi was ordered out of his first-class compartment. When he refused to leave he was ejected from the train at Pietermaritzberg and forced to spend a cold night on a station bench. 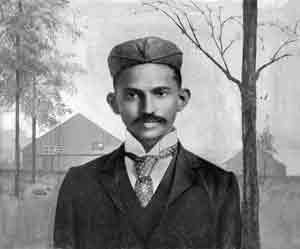 Mahatma Gandhi shortly after arriving in South Africa, in 1895. Image from Wikimedia Commons.
In his Autobiography Gandhi describes his conflicting emotions during that long night and his temptation to return immediately to India. Instead he elected to stay, despite being barred from hotels and suffering other acts of discrimination daily, including violence. Gandhi extended his stay to oppose a bill denying Indians the right to vote. He helped found the Natal Indian Congress in 1894 and survived the attack of a white mob in Durban in 1897. When the government passed a law requiring registration of the Indian population in 1906, Gandhi led a mass protest, adopting non-violent resistance for the first time.

That struggle continued for seven years. Thousands of Indians were jailed, including Gandhi. Others were flogged and even shot for striking, refusing to register, or burning their registration cards. The public outcry at the government’s harsh methods of repressing the peaceful Indian protesters eventually forced South African officials to compromise with Gandhi.

Inspired by the success of this Indian movement, Black African leaders formed the African National Congress in 1912 to mount a similar resistance against racist oppression of their own kind. ANC efforts against apartheid, modeled on Gandhi’s non-violent principle of satyagraha, or “the force of truth,” encouraged massive peaceful disobedience of repressive laws. Ultimately, South Africa’s apartheid government yielded to ANC pressure and world sanctions without the massive bloodshed many feared was inevitable.

For these reasons and others, Indian descendants of indentured laborers have the right to be proud of their forebears. ANC political leaders owe Ghandi and other Indian activists thanks for being the catalysts of their own peaceful revolution. All South Africans, regardless of race, should be grateful for the Indian contributions to their current prosperity and cultural panache.

[James McEnteer is the author of Shooting the Truth: the Rise of American Political Documentaries. He lives in Kwa-Zulu Natal, South Africa] 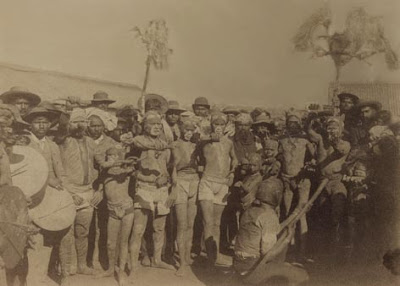 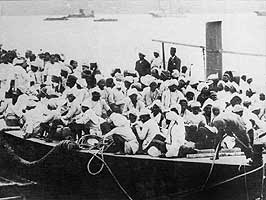