James McEnteer : The Pirates of Ecuador 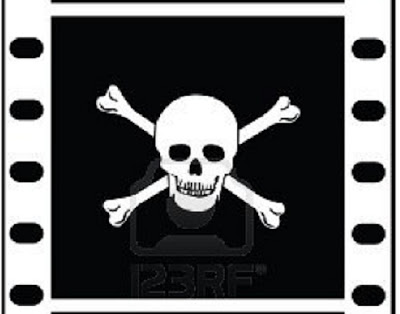 Image from Nuke the Fridge.
Straight to video:
That movie’s too expensive! Knock it off!

“I’d like to thank the members of the Academy. Or at least, one of them…”

QUITO, Ecuador — You won’t hear that speech at the upcoming Oscar ceremonies. But movie fans in Ecuador, where I live, and in many other so-called “developing” countries, have reason to be grateful to certain members of the Academy of Motion Picture Arts and Sciences: the pirates among them.

Those of us residing off the reservation read about and see clips from the latest Hollywood — and some international — features and documentaries on the Internet. But few of these films ever make it to local cinemas here in Quito. As in many U.S. cities, Quito theaters are mostly clustered in malls, where action blockbusters and animated confections tend to crowd out more provocative fare.

There are occasional exceptions. We were able to see Scorsese’s aesthetically splendid Hugo and Spielberg’s breathless Adventures of Tin-Tin here in 3-D last year. The Life of Pi is playing right now with the options of 3-D or cheaper 2-D, subtitled or dubbed. I managed to catch Argo as it sped through town. But I was the only human in the theater.

It’s frustrating to read about interesting films in The New York Times or Salon or The Guardian or other online venues, knowing that most of them will never get to our portion of the planet. Unless of course they are nominated for one or more Academy Awards.

DVDs of nominated films are sent to the several thousand members of the Academy for their voting consideration. One or more of those members apparently markets his or her copies to pirates. And almost overnight, Quito video stores leap quantumly from their usual offerings of old or second-rate stuff to Oscar-level fare.

Several dozen films — all nominated for best picture, best director, best actor, etc. — have suddenly appeared in handsome cases with the highest quality cinematic reproduction. The only drawback, negligible really, is that occasionally throughout the course of the movie, a phrase such as “For Your Consideration” appears to remind Academy voters why they got their free copy.

Of course these movies are not free to us. We have to buy them. But the prices seem fair: two dollars each, three for five dollars or seven for10. We’ve been buying fistfuls of films lately to sate our movie lust after many months of cinematic austerity. My son always enjoys the moment when the FBI anti-piracy warning appears on the screen since all our videos are pirated, from pirate stores.

Does this make us criminals? Copyright thieves? Video vampires? The USA makes a fetish of protecting intellectual property rights. Partly because entertainment is among the few products our country manufactures anymore. And partly because our government tends to represent corporate interests over those of individuals. Do they go too far? Ask the parents of Aaron Swartz.

Before Harvey Weinstein importunes some National Security types to come knocking on our door or to close down the pirate video stores of Quito (and many other cities worldwide), let’s talk money. The median income of Ecuadorian citizens is about 10 percent that of USA residents. By law, the minimum wage here is $300 a month.

Should actors and producers be compensated for what they do? Absolutely. But how much? I’ll guess that Mr. Weinstein earns something beyond a decent living doing what he does. I don’t begrudge him a penny of it. I’m grateful for his production and dissemination of movies. But I’m not worried about his financial well-being. He’s living among the stars, not on the edge of an economic abyss.

Would Brad Pitt prefer more fame or more money? That’s the choice. I recently saw and enjoyed his performance in Killing Them Softly. He’s a terrific actor. Of course he did not earn any royalties from the copy I bought in Quito. But many of his films do not play local theaters. (Tree of Life? No way.) And most movie fans here would be unwilling or unable to pay non-pirated rates for a DVD.

Netflix streams to Latin America now. We tried them out for a free sample month. But their online selection to our zone is a fraction of what they offer in the USA. You’d almost think they were afraid someone might pirate their output.

I am willing and able to spend five or six dollars for a theater ticket here to watch a movie. But stimulating films at the mall are few and far between. Were it not for the pirate video stores — the only Blockbuster there is — I would not be able to indulge my pleasure in wonderful movies like Moonrise Kingdom or Beasts of the Southern Wild. A real Blockbuster would fail here, as many of their outlets are failing across the United States.

So I would like to thank the member or members of the Academy who are making extra cash by breaking the rules and letting many more millions of film fans around the world enjoy the current Oscar contenders.

May the force, but not the police force, be with you.

1 Response to James McEnteer : The Pirates of Ecuador