James Retherford : Austin Street Band Festival: Marching for the Cause 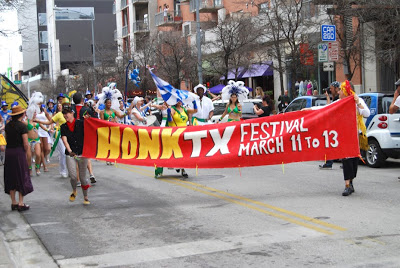 The streets belong to the people.
— Diggers, San Francisco, 1967

(Though not formally associated with Austin’s massive South by Southwest [SXSW] festival, this event is part of hundreds of related music activities happening over the next week here in the “live music capital of the world.”) 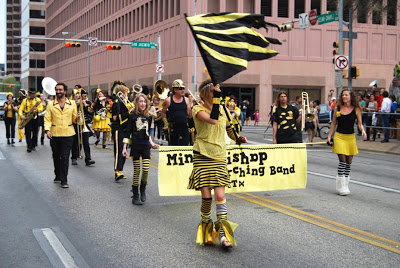 The Minor Mishap Marching Band hosted the weekend festival and set a high bar for musicality and theatre. Photo by James Retherford / The Rag Blog.
Also representing Austin (by way of Brazil, sorta) was the samba-sashaying Acadêmicos da Ópera, a huge contingent of drummers and dancers bringing the sensuous rhythms of the Carnaval parade.

The medium was unhinged fun, but the message from all of those hard-working, fun-loving musical groups was freedom and justice, starting from each public space liberated through the act of playing and then spiraling outward, with insistent drum beat, to the rest of the world. Ya gotta love it.

[Austin activist-journalist James Retherford was a founder and editor of The Spectator in Bloomington, Indiana, in 1966. A graphic designer, writer, and editor, Retherford is a director of the New Journalism Project, the nonprofit organization that publishes The Rag Blog.] 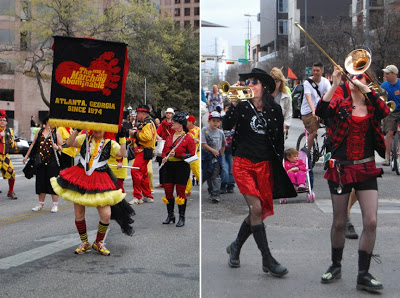 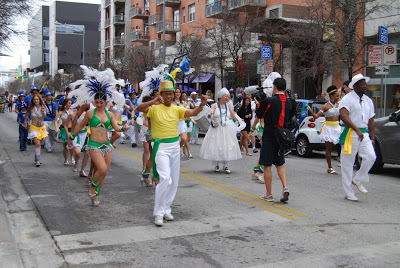 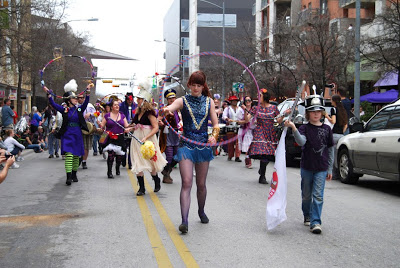 The March Madness Marching Band from basketball-crazy Lexington, KY, is all about hoops. 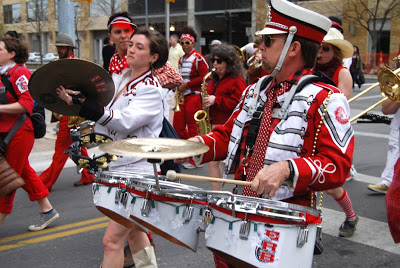 Providence’s activist Extraordinary Rendition Band marches to the beat of a different drummer. 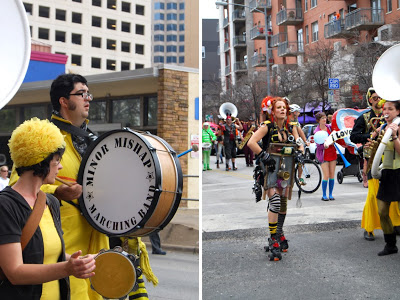 Big Elvis and Lil Miss Hap bring it to the street with that weird Austin beat. Photos by James Retherford / The Rag Blog.
The Rag Blog