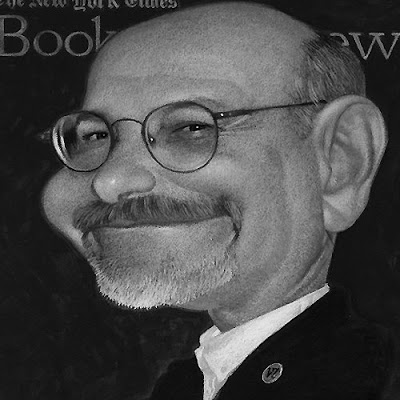 Our little blog’s expansion in reach and impact continues to impress (at least it impresses us!).

Our hits have increased in less then a year from 50 on a good day to around 1,000. Maybe not up there with the really big boys but — what’s important to us — we’ve gained a significant and loyal following, are attracting contributors of quality from all over the world and are being taken seriously across the web. Our stories are reposted widely and The Rag Blog is linked to from an impressive number and range of internet locations. Just one example, The Progressive Magazine’s home page has been including Carl Davidson’s Rag Blog article on Obama and the left as one of its four featured “Links from the Editors.”

On Thanksgiving, the arts pages of the New York Times had a piece on the death of New Left artist and activist Frank Cieciorka that quoted from and linked to The Rag Blog. Good to see that we’re considered a “blog of record” by the newspaper of same.

Our James Retherford comments on writer Steven Heller — himself something of an icon in the worlds of graphic design and criticism — and his Times article. Jim, a veteran of the sixties underground press is a writer and graphic designer who has also taught graphic design.

‘I am greatly impressed by the indication that The Rag Blog is reaching an audience among New York creative intellectuals. I am equally impressed at how much Heller continues to pay attention to progressive undercurrents far afield from his New York City base.’
By James Retherford / The Rag Blog / November 29, 2008

Steven Heller — the writer of the New York Times Frank Cieciorka obituary in which The Rag Blog is cited — is a typography and design authority I have trusted for many many years. More than that, he is a very big force in the graphics design world — an extraordinary combination of designer, historian, and educator.

With wit, ironic detachment, firm historical grounding, Heller has deconstructed and demythologized the symbols of commerce and power in many books (beginning with Man Bites Man w/ foreword by Tom Wolfe, 1981), a vast number of magazine articles (including contributions to Mother Jones and Emigre), and major exhibits — notably “Political Art” (American Institute of Graphic Arts) and “Art Against War” (Parsons School of Design). His most recent book is Iron Fists: Branding the 20th-Century Totalitarian State (Phaidon, 2008).

He currently is co-chair of the MFA Designer as Author program at NYC’s School of Visual Arts.

Heller was a senior art director at The New York Times and was a regular contributor to the incomparably quirky and iconic typography trade quarterly, U&lc, founded by the late great Herb Lubalin of Avant Garde font and magazine fame. From 1973 to its print demise in 1999, U&lc rocked the design world with bold, brash, and pungent visual offerings featuring type designs marketed by the International Typeface Corporation (ITC), the publication’s parent company. If the graphic design profession had its Mad Magazine, this was it! Don’t even think about asking me for a loan of any of my 15-20 years of vintage black and white U&lc back issues.

(Personal note: Years ago, a musician/drug abuser friend of mine was being offered a “career intervention” at a Houston advertising agency and came to me for advice on how to demonstrate his readiness to accept the new challenge. My first piece of advice: get a free subscription to U&lc and have it sent to his new office before he arrived to start the job. Fait accompli!)

Heller’s insight and historical perspective figured prominently as I worked with department chair Luis Guerra in the early 1980s to develop a new “History of Visual Communication” course for the Austin Community College Commercial Art program.

His scholarship also has contributed greatly to my own quirky enthusiasm for typographical minutiae.

I am greatly impressed by the indication that The Rag Blog is reaching an audience among New York creative intellectuals. I am equally impressed at how much Heller continues to pay attention to progressive undercurrents far afield from his New York City base.

This entry was posted in Rag Bloggers and tagged Graphic Design, New York Times, The Rag Blog. Bookmark the permalink.

1 Response to James Retherford : Steven Heller, The New York Times, and our Little ‘Blog of Record’