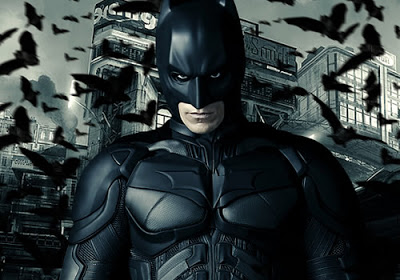 Particularly when the economy is in decline and the political environment is in disarray, these suburbs lend themselves to what Thoreau called ‘lives of quiet desperation.’

Violence has come to be understood by many, implicitly or explicitly, as the answer to a number of other individual and social problems. To say that violence is celebrated in the United States is no exaggeration.

From the Battle of Bunker Hill onwards, this nation was forged by violence. Manifest Destiny and westward expansion were integral to the purposes of national elites from the inception. Not only were natural resources to be exploited and investments to be made, but population increase and settlement pressure could be relieved by continual advancement of the frontier. Territory that couldn’t be taken by treaty was often taken by force of arms.

Even today, Daniel Boone, an early participant in the suppression of Native Americans, remains a celebrated figure in U.S. history. Though he was zealously involved with efforts to eliminate and remove the Seminoles and the Cherokees, President Andrew Jackson’s visage adorns the $20 bill. Dying in a blaze of gunfire to wrest control of Texas from Mexico and preserve slavery, Davy Crockett, Jim Bowie, and the other defenders of the Alamo are regarded as heroic martyrs.

This tradition receives favorable treatment in popular culture, with Western movies and leading actors such as the widely-venerated John Wayne pounding home the message again and again that the fist and the gun are ultimately the solution for most problems. Contemporary action movies have replaced the slower-paced Wayne with ultra-cool figures such as Batman, and his six-shooters with high-tech gadgetry, but the message remains the same.

Glorified depictions of violence can be seen in the military recruitment advertising frequently shown in theaters before the start of action movies, pitched to young males as the primary audience of both. Such images play an important role in recruiting the forces necessary to carry forward the same resource exploitation, investment, and subjugation and control of indigenous population goals that were inherent to the founding of the United States.

Ultimately, reliance upon violence results from a unique for-profit version of Social Darwinism and the pecking order it has created. Those at the top of the hierarchy rely upon violence to feed their insatiable appetites for money and power. In order to serve these purposes, violence must not only be threatened or used, when deemed necessary, but must be widely viewed as an acceptable means of resolving conflicts, as an acceptable part of daily life.

From this outlook, “might makes right,” and that boils down to who has the most firepower. Violence becomes not only a means to an end, but the necessary counterpart to the famous Calvinist doctrine of those who are predestined through material success. For those on the lower rungs of the ladder, a “warm gun” becomes not just the poor man’s equalizer, but a means of social advancement: “winners” and “losers” are not defined by moral virtue, but by force. Note that I say “man” deliberately, as this rarely involves women.

Bullying and hazing are expressions of this “love affair” with violence, and its ingrained nature in the core values of society explains why these practices are virtually impossible to root out. While certain figures in the social order, such as school principals and police chiefs, are charged with maintaining “domestic tranquility,” at best, their role is analogous to the Dutch kid with his finger in the dike. Their admonitions are not only overshadowed by the overarching cultural dog-eat-dog backdrop of violence, they are often schizophrenic.

Lecturing on the need for peaceful conflict resolution, these same authority figures not only overlook, but often encourage pecking orders and other forms of competition that create “winners” and “losers” and forms of behavior that lend themselves to violence. Some years ago, when shootings began to occur at U.S. Mail facilities around the country, this phenomenon even gained a name: “going postal.”

As always, there are those eager to make a profit from every opportunity, and as Michael Moore and others have pointed out, fear-mongering has long been understood as such an opportunity. Trayvon Martin’s unfortunate death showed how industry can prey on fear to turn a profit. At the behest of the American Legislative Executive Council (ALEC) and the National Rifle Association (NRA), a number of states loosened their firearms laws. This happened through a combination of manipulating compliant legislators and instilling the belief that guns are the answer to personal protection.

For those near the bottom of the pecking order, or for socially isolated or marginalized individuals, it’s only a short step from translating fear, frustration, or resentment into a perception that guns are a means to enhance one’s status. Travis Bickle in the movie Taxi Driver becomes George Zimmerman in real life.

For all intents and purposes, Zimmerman was a nobody who lived in a nondescript suburban neighborhood in Sanford, Florida, itself a suburb of Orlando. According to Sanford Police Detective Chris Serino, Zimmerman exhibited a “little hero complex.” Similarly, in Littleton, Colorado, Dylan Klebold and Eric Harris were outcasts at Columbine High, snubbed by their peers and ignored by authority figures and their own parents, who decided “to go out with a bang.”

James Holmes, the accused killer at The Dark Knight Rises movie in Aurora, fits a similar profile. Holmes was a neuroscience graduate student at the University of Colorado in Denver who lived in nearby Aurora. Apparently he was failing in his graduate program, and like Jared Lee Loughner, who shot U.S. Rep. Gabrielle Giffords and others in Tucson, he may have mental issues but ready access to firearms and ammunition.

According to movie critic Michael Phillips of the Chicago Tribune, the movie The Dark Knight Arises is grim, dark, and apparently apocalyptic. Not that this or any similar movie “causes” any real world violence to occur, but in this instance it may have provided the right sort of mood, or lent itself to the sort of climate Holmes was seeking. When apprehended, Holmes reportedly compared himself to the “Joker” in an earlier Batman movie.

It’s also curious that both Columbine and this present shooting in Aurora occurred in Denver suburbs. Littleton at one time had some unique identity, before it was swallowed up as a Denver satellite. Aurora grew as an adjunct to military and aviation facilities, including Stapleton International Airport, later succeeded by Denver International Airport, that served the Denver metropolitan area. These two suburbs are representative of many that tend to foster a sense of atomized individualism, anonymity, and that lack identity or independent character.

As metropolitan locations grew, facilitated by the expansion of the interstate highway system and “white flight,” populations became dispersed in ever-expanding concentric rings around urban cores. No real sense of community ever came to characterize these developments; residents often commuted elsewhere to work, or school, drove to supermarkets and shopping centers, and, isolated from one another, lived atomized lifestyles. Social observers ranging from William Whyte and Paul and Percival Goodman to Andres Duany and James Howard Kunstler have aptly described these circumstances.

Particularly when the economy is in decline and the political environment is in disarray, these suburbs lend themselves to what Thoreau called “lives of quiet desperation.” They are perfect breeding grounds for those individuals left behind or harboring a grudge, unable to meaningfully connect their personal crises with others, inoculated with the belief that violence is a solution to their problems, and thanks to the weapons and ammunition makers and dealers, armed to the teeth.

4 Responses to Jay D. Jurie : Gotham and the Real World