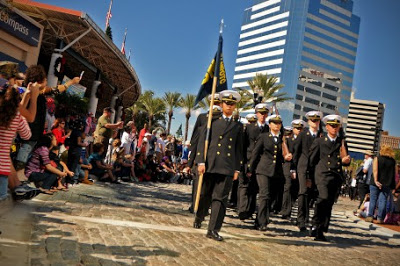 When the military’s ‘don’t ask, don’t tell’ policy was dropped in 2010, some institutions began to consider reestablishing their relationship with ROTC.

[This is the second of a two-part series on ROTC (Reserve Officer Training Corps) — dealing with the militant opposition to ROTC during the Vietnam War era, and with the program’s recent resurgence on college campuses. In Part I , Jurie described an escalating series of demonstrations against ROTC in 1969-1970 at the University of Colorado at Boulder, where he was a student. Part II covers the history of the ROTC program, the issue of discrimination against gays, and the recent return of ROTC to a number of U.S. campuses.]

While the concerted and militant campaign against ROTC in Boulder may have been unique, it was far from the only protest against ROTC during the anti-Vietnam war era, and, in fact, there had been substantial opposition to the program prior to the War in Vietnam. Since its inception, ROTC has proven controversial.

Part of the original purpose of ROTC was found in the Morrill Land Grant Act of 1862, which gave states federal land that included a stipulation for military coursework. In 1898 the War Department attempted to clarify this by proposing military instruction be provided by officers assigned as faculty, that students in those courses be required to wear uniforms, and that this instruction be made mandatory. Enactment of the National Defense Act of 1916 formally established ROTC and extended it to private as well as public colleges.

Some have argued ROTC played an essential role in keeping the military grounded in civil society. According to Michael S. Neiberg, unlike officers trained in elite military academies,

civilian educated officers would bring to military service a wider and more rounded background. They would also bring to the military a value system more consistent with American society by virtue of having lived in a civilian environment.

On the other hand,others have argued that ROTC desensitizes the civilian population to the militarization of society and the inimical purposes that may be served by the military. According to Neiberg, the University of Washington SDS in 1969 contended that,

If the university’s role in cooperating with ROTC is the production of officers, our universities have become, in part, mere extension schools of our government’s military establishment… The university continues to produce the tools to make possible policies such as those which led the U.S. into war in Asia.

ROTC had become so well-established by the 1920s that John Dewey and others became sufficiently alarmed to create a Committee on Militarism and Education. Concerns over its growing presence by the 1930s caused a few educational institutions to either drop the program or change its status from mandatory to voluntary.

However, most schools that had the program retained it, usually with the requirement that two years of participation in the program were obligatory for all male students.

ROTC received a boost during World War II, but after the war the controversy returned. Motivated by the Cold War and the threat of nuclear annihilation in the late 1950s and early 1960s, ROTC sparked protest. In May 1960, protestors at Boston University picketed, leafleted, petitioned, and placed a table with a protest sign in a ROTC parade route.

As the Vietnam war heated up in the mid- and late-1960s, so did protests against ROTC. In addition to demonstrations, ROTC facilities were set on fire at Stanford, Michigan, Kent State, and the University of Colorado. There was a perception held by a number in the anti-war movement that this violence paled in comparison with, and was justified by, the widespread use of napalm and the tonnage of bombs dropped in Vietnam.

Some schools, in response to these protests, removed the mandatory requirement. Others, like the Colorado School of Mines, kept it in place into the 1970s.

Even where ROTC was no longer compulsory, such as the University of Colorado, the program became a focal point of the anti-war movement. During the late 1960s and into the early 1970s over 80 ROTC programs were dropped, mostly from the elite universities where ROTC had drawn the most opposition. While ROTC was dropped from some schools, it was established in less “controversial,” mostly public university locations. 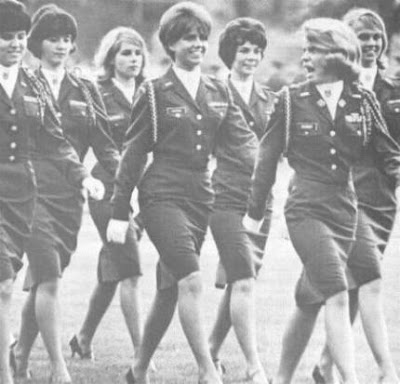 It should be pointed out that ROTC programs were never formally banned by host institutions. In most cases, either academic credit was withdrawn, or regular faculty status was not accorded ROTC instructors. In these cases, ROTC decided to withdraw its own program. Responding to the changes that occurred during that decade, women’s programs were created in ROTC beginning in 1969.

Nonetheless, a rough status quo was maintained for decades after the Vietnam war ended. During that time frame many colleges and universities enacted policies banning discrimination against gays. Because the military engaged in such discrimination, this effectively kept ROTC off campus at those schools.

Nearly two and half decades later, renewed support for ROTC grew with the passage of the Solomon Amendment. Named after Gerald Solomon (R-NY) who initially introduced the legislation in 1994, this legislation prohibited colleges and universities that received federal funding from prohibiting military recruitment on campus or dropping ROTC programs.

Several law schools combined to file a lawsuit against this prohibition. In the 2006 Rumsfeld v. FAIR decision written by Chief Justice John Roberts, the U.S. Supreme Court reversed an appeals court ruling and upheld the constitutionality of the Solomon Amendment

When the military’s “don’t ask, don’t tell” policy was dropped in 2010, some institutions began to consider reestablishing their relationship with ROTC.

For at least two institutions of higher education, reinstatement was not seamless. At Stanford, a women’s group objected that while discrimination in the military against gays had been lifted, it continued against transgender individuals. Nonetheless, on April 28, 2011, the Stanford Faculty Senate voted overwhelmingly to invite ROTC back to campus.

At Yale, a representative of a women’s group wrote that discrimination and harassment against women in the military was a problem of such significance that it ought to be addressed before welcoming a return of ROTC to that campus.

Another concern has cropped up even more recently. An August 9, 2011 CNN report revealed that Air Force ROTC training has included a slide show that violates the separation of church and state. According to reporter Jennifer Rizzo, “many of the slides in the 43 page production use a Christian justification for war.”

Both the ROTC and military launch officer training were developed by the Air Force’s Air Education and Training Command (AETC). After 31 Air Force missile launch officers objected to this training, Mikey Weinstein of the Military Religious Foundation is quoted as saying, “they’re trying to teach that, under fundamentalist Christian doctrine, war is a good thing.”

Harvard, Yale, and Columbia, are among those that have brought ROTC back, and Brown has been considering the matter. ROTC has regained a certain popularity among students. Not only have the draft and the memory of Vietnam faded, but military service is seen as patriotic in the wake of the September 11, 2001 terrorist attacks, and an employment option in a tough economy. 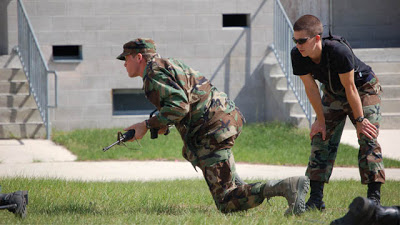 While the military may no longer be engaged in overt discrimination against gays, there are unresolved issues involving ROTC. Among these, the objections raised during the Vietnam eara largely remain in place. So long as the U.S. maintains an interventionist foreign policy based on resource exploitation and the containment of those at odds with elite interests, it is evident that ROTC will provide officers to serve that policy.