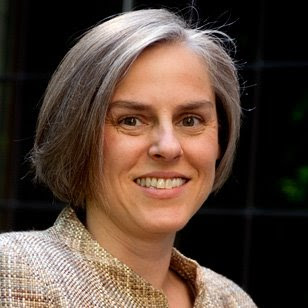 Dawn Johnsen, Obama administration head of the Office of Legal Counsel.
The Damaged Institution of the Presidency, How the Obama Administration Intends to Restore It, And What We Can Expect from New OLC Head Dawn Johnsen
By John W. Dean / January 9, 2009

As George Bush and Dick Cheney take victory laps, in order to pretend nothing is amiss because of the way they have governed for the past eight years, they are claiming to have strengthened the institution of the presidency. Needless to say, they are wrong. Even Chris Wallace of Fox News Sunday, a Bush/Cheney cheerleader, had his doubts about this claim, so he asked Cheney during an exit interview, “Did you overreach? Did you end up making the presidency weaker, not stronger?” Not surprisingly, Cheney responded, “I don’t think so.” When Wallace then mentioned all those Supreme Court decisions overruling Bush and Cheney’s actions, Cheney employed his usual hubris and, with a straight face, explained that he and Bush were correct, and the Court was wrong.

Most Americans now understand that Bush and Cheney see the world as they want to believe it to be, but few live in their alternate reality. Thankfully, it appears that the Obama transition team is very aware of the damage Bush and Cheney have done to the institution of the presidency, and they are taking appropriate actions.

Examples of a Broken Presidency

The former Bush/Cheney Assistant Attorney General in charge of the Office of Legal Counsel, Jack Goldsmith, who left the administration after too many shouting matches with Cheney’s abrasive Chief of Staff (and former Counsel) David Addington’s efforts to operate outside the law, addressed the problem in his book, The Terror Presidency. Goldsmith explained how Bush and Cheney wanted to “restore” power to the presidency, yet accomplished the opposite, since their actions will result in future presidencies being “viewed by Congress and the courts, whose assistance they need, with a harmful suspicion of mistrust because of the unnecessary unilateralism of the Bush years.”

Examples of the President and Vice-President’s overreaching are many: the pervasive secrecy, the flawed legal opinions authorizing torture and ignoring the Geneva Conventions, the endless and vague signing statements announcing the President would not follow the law, and their refusal to comply with an array of long-standing laws – from the Presidential Records Act to the Foreign Intelligence Surveillance Act. None of these actions has strengthened the presidency, rather, it is through these actions that Bush and Cheney have shown themselves to be law-breakers. They have also shown how presidential hubris and shamelessness, accompanied by Congressional timidity and widespread public gullibility, empowered the Bush/Cheney presidency. Such conduct has also established dangerous precedents for any future presidents who have no interest in following the law.

Boston Globe reporter Charlie Savage reported extensively on Bush’s abusive use of signing statements claiming that laws were unconstitutional based on less-than-fully-explained reasons – such as that they conflicted with the “unitary executive” (whatever that means), or the powers of the commander-in-chief (with no specification as to which). Savage also noted that these actions are precedents future presidents may invoke. Citing Supreme Court Justice Robert Jackson, Savage explained, Bush and Cheney’s dubious claims of executive powers will sit “around like a loaded weapon ready for the hand of any authority that can bring forward a plausible claim of an urgent need. Every repetition imbeds that principle more deeply in our law and thinking and expands it to new purposes.”

Fixing the Broken Presidency In the Obama Administration

No better news has emerged from the Obama transition that the selection of Indiana University Law School Professor Dawn E. Johnsen to serve as the head of the Office of Legal Counsel (OLC). She served as acting head of this office late in the Clinton administration, and she has written widely – and wisely – about the uses and abuses of presidential power. For example, she offers a thoughtful criteria that might be employed in the selection of federal judges in “Should Ideology Matter in Selecting Federal Judges?: Ground Rules for the Debate.” Her analysis of how the Reagan White House and Rehnquist Court weakened Congressional powers is enlightened.

Johnsen participated in a symposium on “The Role of the President in the Twenty-First Century” at Boston University on October 11 and 12, 2007, long before it was clear who would be the Democratic Party’s nominee, not to mention who would be elected the next president. Based on that symposium, the Assistant Attorney General-designate wrote a law journal article “What’s A President To Do? Interpreting The Constitution In The Wake Of Bush Administration Abuses” where she not only states the problem – as the title of her article suggests – but also quotes Jack Goldsmith’s assessment and Charlie Savage’s concerns about the precedent, and agrees with both about the problem that now exists.

This post at OLC can have great influence on the exercise of presidential powers. (However, this office was little known to the public before John Yoo arrived as a deputy who authored opinions saying the Bush folks could break the law). Given Johnsen’s extensive writings about the presidency, the approach the Obama Administration will take toward the exercise of presidential powers appears rather clear. With Dawn Johnsen heading OLC, the Obama presidency will not follow Bush and Cheney precedents, and her awareness of the problems can go a long way in correcting them – starting with her confirmation hearing.

Notwithstanding the blatant abuses of power by Bush and Cheney, Ms. Johnsen appropriately “urges due care in the formulation of critiques and reforms.” Even before being selected to head OLC, she cautioned that there should not be an over-reaction to Bush and Cheney “to avoid undermining future Presidents’ legitimate authorities or otherwise disrupting the proper balance of powers.” This is her voice of experience.

She has no interest in silencing critics and commentators, but calls for them to be specific, and to “avoid imprecise and over-generalized reactions that might undermine the ability of [the President] to exercise legitimate authorities.” For this reason, she believes that presidential candidate John McCain was wrong in declaring that if elected, he would “never, never, never, never” issue a signing statement.

Johnsen recognizes, and has written extensively, on the role of the president – not to mention the Congress and courts – in interpreting the Constitution. I first became aware of her work regarding how best a president might proceed if he or she believes Congress has enacted an unconstitutional law, and she has written extensively about this subject as well. (When Congress overrode Clinton’s veto of a military-appropriations bill containing a provision that would have forced the president to discharge over a thousand members of the military who tested positive for HIV, the president signed it because the funding was vital for national security, but refused to enforce the rider that misinformed members of Congress had added. Following the advice of OLC (read: Johnsen) he worked with Congress to remove the provision before it became effective, after openly explaining what he was doing and why.)

Dawn Johnsen, working with over a dozen former OLC attorneys, prepared a document that will no doubt become controlling for all OLC attorneys when she heads the office. It is entitled Guidelines for the President’s Legal Advisors. Had this document been in place during the Bush presidency, there would have been no torture memos, nor for that matter, an authorization for war in Iraq or violations of the Foreign Intelligence Surveillance Act. If Johnsen embraces these guidelines during her confirmation hearing – and there is no conceivable reason she will not – it will do much to restore the faith of Congress (and the courts) in the work of OLC.

But guideline number six is going to provoke a tough question for her. It reads: “OLC should publicly disclose its written legal opinions in a timely manner, absent strong reason for delay or non-disclosure.” Johnsen has been highly critical in her writings and public statements about the extreme secrecy of the Bush Administration. For certain, she will be asked during her confirmation if she will make public the legal opinions that Bush’s OLC has refused to release. Hopefully, her answer will be an unequivocal yes. For such disclosure is certainly long past being timely, and the claims of “national security” will never withstand the light of day.

If Johnsen does equivocate with some lawyeresque-type response, however, we will all know that she talks the talk but may not walk the walk of real reform.

[John W. Dean, a FindLaw columnist, is a former counsel to the president.]