A new report by an expert within the Mexican government casts further doubt on the credibility of the official story. 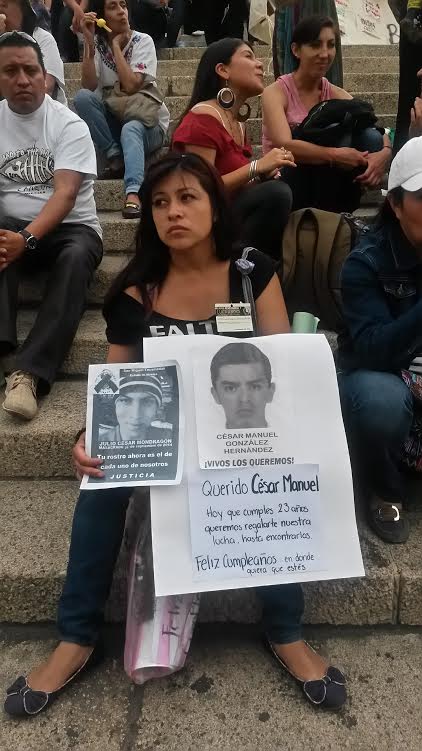 Mother of one the 43 disappeared students at el Monumento a la Madre in Mexico City on International Women’s Day, March 8, 2015. Photo by Valeria González / The Rag Blog.

Austin with Ayotzinapa: From March 18-20, a group representing the parents of the 43 students kidnapped in late September in Guerrero, Mexico, will be in Austin to speak about their children’s experiences and about the human rights violations occurring in Mexico. There will be a number of events at several venues. Find out more here.

MEXICO CITY — On Tuesday, March 10, parents and supporters of the 43 missing students blocked Avenida Chapultepec in front of the headquarters of Televisa, the dominant television network, and demanded air time to respond to what they call lies about their children.

A new report by Jorge Arturo Talavera, an expert from a government entity, the Instituto Nacional de Antropología e Historia (INAH) — but obviously working on his own time — casts further doubt on the credibility of the official story that the missing students were  detained by the police in Iguala and handed over to a drug gang which burned them to death.

In a new report, he asks: Where are the remains of the tires supposedly used to create a gigantic funeral pyre? Why do the only dental remains presented by the government as evidence bear the characteristics of a 50-year-old man and not of one of 18 to 20 years? Where is the human fat that would be on the ground? Talavera is an expert in the analysis of pre-colonial violence in Mexico.

In a previous article at The Rag Blog, we discussed evidence that the people who confessed to having participated in the alleged mass burning were themselves tortured.

The parents, citing evidence such as Talavera’s, continue to insist that their sons are alive and that the government has them. In an appearance on Monday, March 9, at Universidad Autónoma de la Ciudad de México, some spoke of having nightmares in which their sons are kept tied up and without food.

The insistence that these missing students — and the thousands of other people disappeared by the government in Mexico in the modern era — are still alive was reiterated  by the late Carlos Montemayor, novelist and chronicler of radical social movements.

He cited the AFADEM (Asociación de Familiares de Detenidos Desaparecidos y Víctimas de Violaciones a los Derechos Humanos en México), a group of family members of detained, disappeared, and victimized people, and that group’s insistence that “the relatives of the disappeared refused to accept the presumption of death as a solution for these conflicts” and insist on recognition, as has occurred in Argentina, for the figure of “absent due to forced disappearance.” 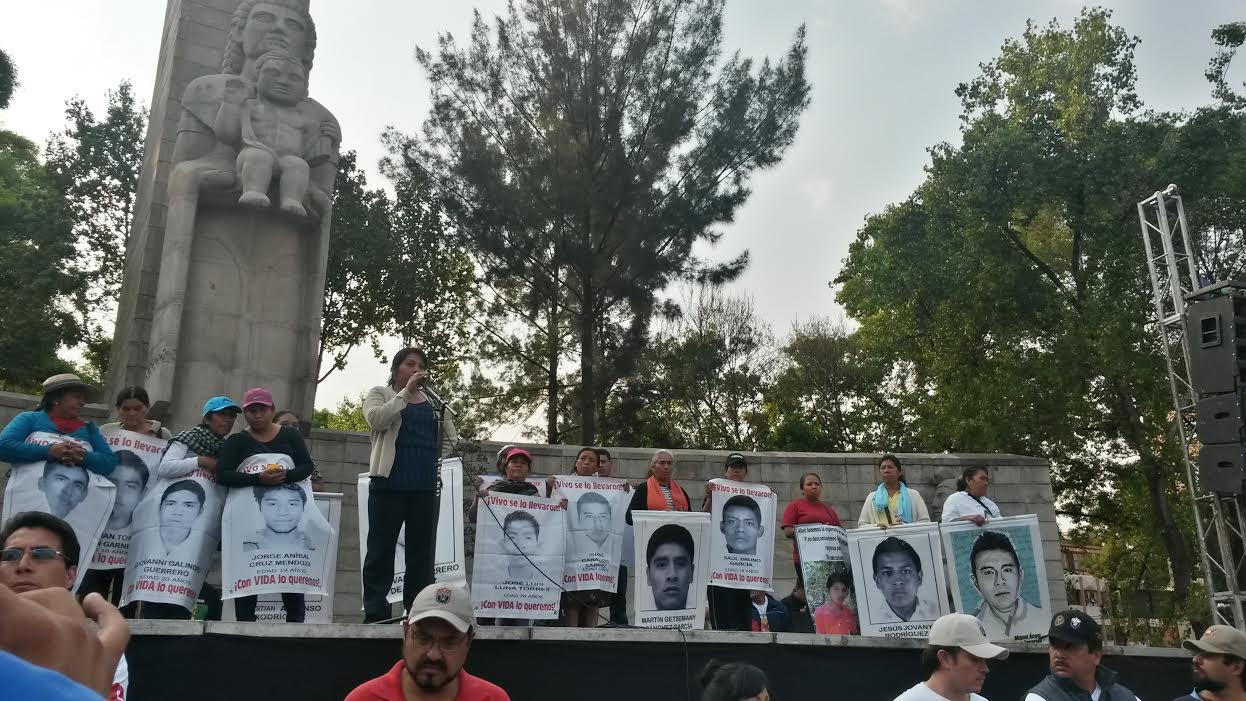 Mothers of the missing students at March 8 demonstration at el Monumento a la Madre in Mexico City. Photo by Valeria González / The Rag Blog

The extent to which the government will go to suppress dissent took an ugly turn on February 3, with the police/gangster-style murder outside Cuernavaca, Morelos, of Gustavo Salgado Delgado, an activist with the Marxist-Leninist group Frente Democrático Popular, who was successfully organizing around housing for campesinos. Salgado was beheaded and his hands were cut off.

The parallels between police-Ku Klux Klan collusion in Alabama and Mississippi in the early sixties and police-military-narco collusion are clearer every day. This is the latest in a series of acts of violent repression of dissent in and out of the state of Guerrero since November 20, seen as an attempt to restore the PRI-dictatorship to pre-1968 levels.

From Guerrero, there are two contradictory readings from the barometer of government self-confidence: Various officials of the national election authority have announced publicly that there are no conditions for the June 6 elections to be held. But Coca Cola, more optimistically, announced that its plant in the capital city of Chilpancingo will reopen, the company having recovered from the threat to its livelihood that it suffered when students commandeered a Coca Cola delivery truck to open the gates of a military base in order to search for the missing students. This is good news for a state (and country) that have among the highest rates of diabetes in the world.

And speaking of beverages, president Enrique Peña Nieto announced on Tuesday that Heineken (owner of about half of the Mexican “domestic” beer industry) would open a new brewery in Meoqui, Chihuahua, creating about 2,000 jobs, of which 500 would be permanent. This, because Mexico is a country of “political stability,” given that presidential elections have been held every six years, without incident, for more than 80 years.