Krassner, who edited ‘The Realist,’ took up where Lenny Bruce left off. 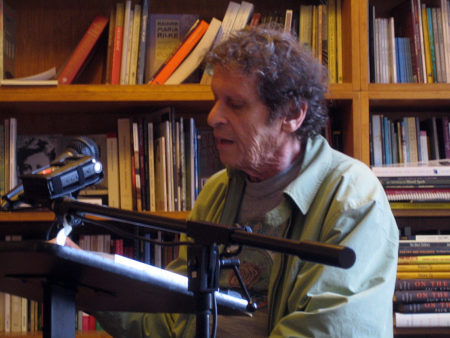 “He’s gone. Feel free to spread the word,” Michael Simmons said in an email that went out to a few dozen or so of the usual suspects, including Wavy Gravy, Judy Gumbo, Larry (Ratzo) Sloman, Jim Fouratt, Rex Weiner, Aron Kay, Kate Coleman, Jeffrey St. Clair, and Barbara Garson, some of whom had been Yippies, Zippies and their fellow travelers.

“He,” who was now gone at the age of 87, was Paul Krassner, who took up where Lenny Bruce left off, edited The Realist, helped found the Yippies, reinvigorated satire, defended free speech at every opportunity, and who lived at the end of his life in Desert Hot Springs, California, in part because of the climate and also because he could afford to live there.

Before long there will be hefty biographies of Paul that describe his birth and his childhood in Brooklyn, his days and nights in Chicago during the infamous Conspiracy Trial, his provocative piece about LBJ and the Kennedy Assassination, and his performances as a standup comedian who seemed to find less and less to laugh about, and more and more to fret about in a world gone awry. The atomic bomb and nuclear paranoia was something Krassner could laugh about; not so Putin, Trump, the plutocrats, and the kleptocrats of the twenty-first century.

Krassner was irascible and cantankerous and true to his core beliefs.

Before the formal obituaries in all the major U.S. newspapers, and before the pundits weigh-in on the significance of Krassner, it might make sense to say here that Paul was irascible and cantankerous, true to his core beliefs, and that there were zero sacred cows in his universe, at least at the beginning of his career.

I met him in 1970. Soon afterward, he published in The Realist a piece I wrote about Eldridge Cleaver, Timothy Leary, and their wives, but not before he’d turned it from something tame into something irreverent.

Over the years, I saw him in New York and in San Francisco. From 2015 to 2018, I interviewed Paul several times and published most of our conversations in print and online. In 2018, I collected all of them in a booklet titled Paul Krassner Speaks: From Lenny Bruce and Obama to Hebdo.

Here are a few of the things he had to say:

“Satire has a truth embedded in the laughter and it can serve to wake people up from their cultural brainwashing.”

“I think every child is born with innocent irreverence, but it’s cancelled by the osmosis of cultural repression.”

“What I’d like to forget and can’t is that there are so many prisoners serving time, as Lenny Bruce said, ‘for smoking flowers.’”

“My slogan for The Realist used to be ‘Irreverence is our only sacred cow,’ but I’ve had second thoughts. Irreverence has become an industry and can become irreverence for its own sake. Mean-spirited stereotypes in the guise of satire.”