Novelist Colson Whitehead’s ‘The Underground Railroad,’ is an epic novel of bondage and liberation. 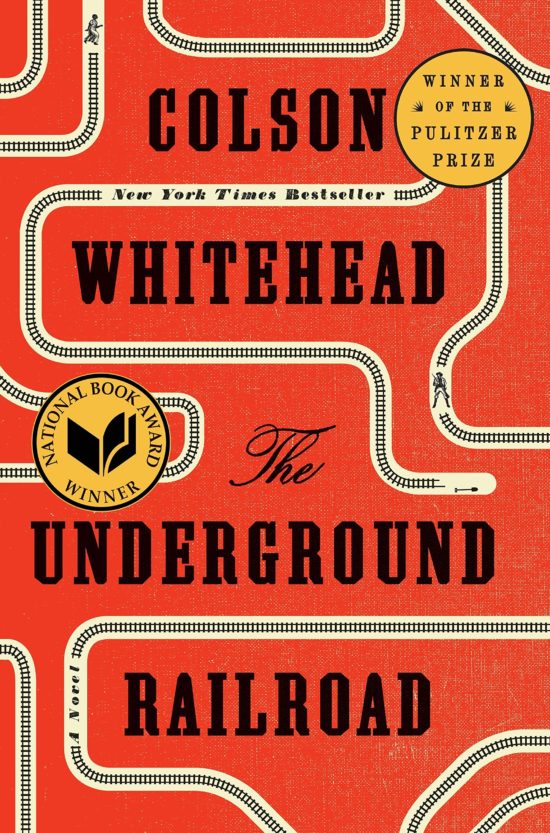 Near the end of The Underground Railroad, his epic novel about bondage and freedom, the author, Colson Whitehead, offers two related ideas that are separated by only two pages. The first, which sounds like recycled Rousseau, goes like this: “Men start off good and then the world makes them mean.” The second idea, which might have been inspired by Jean-Paul Sartre or Albert Camus, reads, “The world may be mean, but people don’t have to be, not if they refuse.”

Cora Randall refuses to be mean, though she is born a slave on a Georgia plantation and is abandoned by her own mother and abused by white men all through her childhood. She has every reason to grow up and become mean as a whip, but she maintains her essential goodness while toiling as a slave and then as a fugitive from slavery.

Anyone who took part in the Civil Rights Movement, supported the Black Panthers or who marched in the streets after George Floyd’s murder will find The Underground Railroad sobering and inspiring, and a good reason to keep on keeping on. Even if you didn’t cotton to any of those causes and organizations, you might read the book or watch the film. You’re liable to learn a lot about Blackness and whiteness in America.

She’s no Uncle Tom, or Aunt Jemima, but she knows when and where to pick her battles.

The heroine of the novel — which won the Pulitzer in 2016 and that was turned into a 10-part, 10-hour melodrama for television in 2021 — Cora does a lot of crying on screen. She wears her emotions on her sleeve, though she can dissemble when she must, in order to survive. She’s no Uncle Tom, or Aunt Jemima, but she knows when and where to pick her battles and when to keep her mouth shut.

That concept is dramatized in both the climactic scene in the novel and in the TV show. Cora and Ridgeway climb down a ladder that leads to a station of the underground railroad which has real locomotives, real conductors, and real tracks and that also leads to the world of dream, nightmare, and the unconscious.

Cora locks ‘her arms around him like a chain of iron.’

When Ridgeway reaches the third step of the ladder, Cora locks “her arms around him like a chain of iron.” The author explains that Ridgeway tries to escape her embrace, but that “she held him close like a lover and the pair tumbled down the stone steps into the darkness.”

How and why that happened has never been explained, not as far as I know, though it seems as though the makers of the film wanted to provide audiences with a happier ending than the novel allows, and also for a conclusion that ties up many of the diverse strands of a complex narrative.

Reviewers of the book and the film have pointed to the literary similarities between Whitehead and authors like Thomas Pyncheon and Gabriel Garcia Marques. What they have not written about are the similarities between The Underground Railroad and the Old Testament. One chapter of the film is called “Exodus.” Another is called “Proverbs.” Characters have names like Moses and Grace. The soundtrack often borrows from Black spirituals. There’s something distinctly Biblical about the novel and the film.

There is no mass escape from slavery as there is in the Old Testament story, ‘Exodus.’

Still, there is no mass escape from slavery as there is in the Old Testament story, “Exodus,” the progenitor of all escaped slave narratives, which are at the heart of so much American literature, and the diabolical slave catcher, Arnold Ridgeway, a kind of Captain Ahab on dry land, and his loyal sidekick, Homer, a Black boy reminiscent of Pip in Moby-Dick. Homer sticks with Ridgeway through blood and guts, fire and mayhem.

There are more than enough literary echoes and reverberations to satisfy students and scholars of American literature. One might think of Twain’s Huck Finn and Jim, though unlike them, Cora and Ridgeway and Homer go west and not south, into a wasteland of fire and blood taken from the Indians.

It is not surprising that The Underground Railroad won the Pulitzer Prize. Well-written and rich in metaphors, symbols, and characters, many of them Black, the novel appeals to an age that has rightfully insisted that Black Lives Matter.

In addition to Cora, the novel boasts a large cast of Black men and Black women, though no Black character besides Cora is as powerfully drawn as Arnold Ridgeway, who comes across as a nineteenth century exponent of Manifest Destiny and who extols the virtues of conquest, civilization, and extermination, if need be.

He’s the evil one in a melodrama in which the good and the bad live side-by-side.

He’s the evil one in a melodrama in which the good and the bad live side-by-side. Ridgeway reveres the memory of his dead mother and resents a father who has failed to love him. Cora is no angel; to survive she can’t be.

I read the novel on a long plane ride, and later I watched the film on a computer screen at home. I like Whitehead’s language. I felt that 10 episodes of the film are two or three episodes too many, though for the most part I enjoyed the ways the novel has been translated to the screen, which is as visually compelling as the novel is linguistically compelling.

The film renders the misery of life of a southern plantation, but in some ways it can’t and doesn’t compete with Whitehead’s language, as when he writes that there is “an order of misery, misery tucked inside miseries,” or when he explains that the slaves make “a circle of themselves that separated the human spirits within from the degradation without.”

Whitehead is light years away from the apologists for slavery who insisted that slaves danced and sang and were happy on plantations, but he’s also wise enough to know that slaves sustained themselves with dance and song and story and love even when they were whipped and chained and beaten and sold like property.

In The Underground Railroad, freedom is a journey that has no beginning and no ending. It’s a living, breathing spirit that rides human beings, though humans also carve it out from darkness and doom. There’s light at the end of the tunnel. Cora Randall emerges from underground into bright sunshine and goes west into an unknown future.