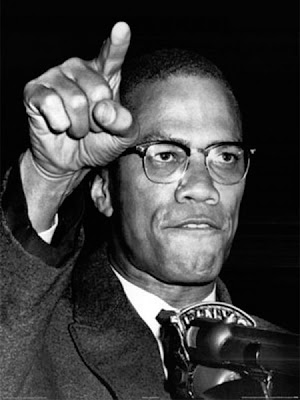 Shortly after JFK was shot and killed, Malcolm X, the Black Muslim leader, observed, “The chickens have come home to roost.” His comment did not endear him to the Kennedy family or to large swath of the American public, but Malcolm wasn’t trying to make friends or to be nice.

He wanted to tell the truth as he saw it, and he felt that those who live by the gun, whether they are presidents of the U.S.A., or street thugs, die by the gun. In his view, it was the American way. Another African American from the same era, H. Rap Brown, noted that, “Violence is as American as cherry pie.”

The shootings in Arizona show once again, after all these many years, the staying power of Malcolm X’s and Rap Brown’s words. Indeed, their words have all the force of bullets, and perhaps more, though they have caused far less violence.

Undoubtedly, much will be written about the suspect, Jared L. Loughner, and new information will emerge about him. Moreover, as we gain distance from the event, it may emerge with greater clarity, and we may have deeper insights than we now do. But reporters, columnists, and editorial writers have already piled high heated words about the incident, and, before attitudes harden, it might be helpful to float a few ideas and add them to the mix.

It seems clear from where I stand, that the suspect, Jarden L. Loughner — who allegedly shot and killed a federal judge, a nine-year old-child and others, and seriously wounded a U.S. Congresswoman — is a terrorist. That’s spelled T-E-R-R-O-R-I-S-T. What he did was terrorism — it has had the effect of frightening many citizens, though not all, of course. It has made people feel terrorized.

Loughner might be a madman and a right-wing fanatic. The picture of him that the Pima County Sheriff’s office released makes him look deranged. But his armed attack was political, overtly political. It sent a clear political message. If you support health care, as Congresswoman Giffords did, and if you care about immigrants, as Federal Judge John M. Roll did, then you are a marked man or woman.

Giffords knew that she was a marked woman. Indeed, she was targeted by the Tea Baggers for her political stance on the issues, and she knew it.

“We’re on Sarah Palin’s targeted list,” she said. “Crosshairs of a gunsight over our district. When people do that, they’ve got to realize there’s consequences.” Giffords probably did not realize how accurate her words would prove to be.

If the shooter had been an Arab or a Muslim he undoubtedly would have been labeled a terrorist. If he were from Yemen, for example, politicians would by now be calling for the invasion of Yemen. Only the fact that he has a white skin and is a U.S. citizen has so far spared him the label of “terrorist” in much of the mass media.

Reporters have focused attention on the suspect’s mental state and on the gun he used. More attention ought to be focused on his political views and actions, though that will take some doing because Americans have a hard time understanding politics unless it’s an election year and Democrats are running against Republicans. Politics is about power, and ultimately power comes out of the barrel of a gun. Loughner must have known that.

It’s no accident that this terrorist attack took place in Arizona. Indeed, Arizona seems like the perfect or near-perfect place for an act of terrorism to take place, at least on domestic soil. Arizona politicians have been whipping up hatred for Mexicans, liberals, and Democrats. They have been lighting a fire under the citizenry, and sooner or later, given the volatile atmosphere they created, it was likely that an armed and a dangerous man would take action.

Loughner’s lawyer, Judy Clarke, who defended the Unabomber, Theodore J. Kacznski, and also the alleged Al Qaeda operative, Zacarias Moussaoui, might well point out that Loughner did not act in a vacuum. In fact, he was cooped up in a tinderbox waiting to be exploded.

Could he have chosen “better” targets? Perhaps. He chose political figures close to home and to whom he had access. Surely, his white skin and his American citizenship enabled him to get close to Congressman Gabrielle Giffords and Judge Roll without raising suspicions. Again and again, as a society, we do not seem to be alert to the white terrorists in our midst.

President Obama spoke about “grieving” and about “the tragedy.” But unless he and we do more than grieve and remain in shock, acts like the one that just took place in Arizona will take place again — sadly, shockingly, and tragically.

H. Rap Brown was insightful in what he said: Violence is as American as cherry pie. It’s as violent a place now as it was when he made his remark in the 1960s — and perhaps more so. We are a society that lives by the gun, worships the gun, and adores gunmen. We also die by the gun. Look around and there seems to be no end to the violence.