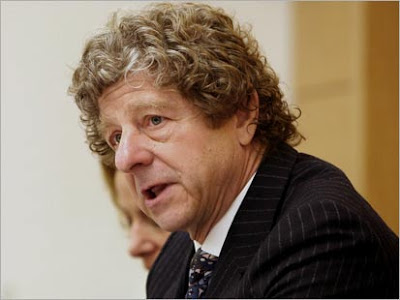 For nearly 14 years, the Honorable Gustin Reichbach has served as a Supreme Court Judge in Brooklyn, New York, where he presides over grim murder trials and sentences defendants found guilty to long prison terms.

He’s one of a kind — a compassionate judge without peers — and he presides over a courtroom unlike any other in the nation. Clarence Darrow, Paul Robeson, and Nelson Mandela stare out at defendants, witnesses, and jurors alike. There’s also a poster of Augusto Sandino, the Nicaraguan revolutionary, on the wall, and a photo of an underground coal miner.

You know where Judge Reichbach’s sympathies lie when you walk into his courtroom. I’ve known him since 1967 and have thought of him as a friend ever since. He’s been my lawyer and has represented me in civil matters and he’s been a wise kind of consigliore, too.

Born and raised in Brooklyn, New York, in a blue collar family and educated at the State University of New York at Buffalo, he attended Columbia Law School, where I first met him, and where he took part in the protests of 1968, appearing on the cover of Newsweek that year in a photo that depicted confrontational student radicals.

Not surprisingly, the New York Bar Committee on Character and Fitness refused to approve his application to practice law. But bigwig lawyers went to bat for him and after nearly two years the Committee relented. In the early 1970s, he joined the Law Commune in New York and represented Black Panthers and Yippies, such as Abbie Hoffman.

In an article in The New York Times, reporter Chris Hedges noted that Reichbach was a judge in the spirit of Abbie not Julius Hoffman, the federal judge who tried and failed to squelch the antics of Abbie, Jerry, and their co-conspirators at the Chicago Conspiracy Trial.

From 1976 to 1998, when he was in private practice in Manhattan, Reichbach represented tenants in battles with landlords. In his first go-round as a judge, he urged prostitutes, who had been arrested and were on trial, to use prophylactics to prevent the spread of sexually transmitted diseases.

The New York Daily News promptly dubbed him “The Condom Judge.” The label has followed him around for years. More recently, the New York tabloids have called him “soft on crime” and “soft on criminals” because he’s old-fashioned enough to abide by the Fourth Amendment to the Constitution that protects against “unreasonable searches and seizures.”

Occasionally, he’s strayed beyond Brooklyn. In the 1970s, he practiced law in California and in 2003-2004 in Kosovo he presided over the UN-sanctioned war crimes tribunal and sentenced defendants to terms that ranged from 10 to 20 years.

He visited Cuba in December 2011 and in January 2012. I caught up with him soon after he returned to Brooklyn. 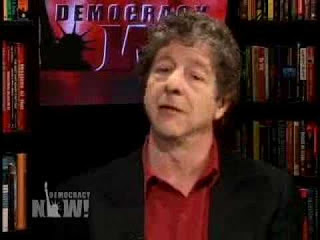 Jonah Raskin: Is travel to Cuba easier these days than it was during the dark days of the Cuban Missile Crisis?

Gustin Reichbach: Obama opened up travel for Cuban families, but otherwise hasn’t eased the blockade at all. I was an invited guest of the Foreign Ministry and the Association of Jurists and flew from New York to Havana, but most Americans fly from Toronto or Cancun. Cubans think that if Obama is reelected he’ll lift the blockade. They show the same sort of optimism about him that many of us did three years ago.

What was the first thing you saw that really hit you?

Havana appears as a charming colonial town until up-close you see that most of the buildings are falling apart.

While the old cars provoke 1950’s nostalgia, that isn’t the dominant leitmotif. Things are loosening up a bit, but you sense the dynamism is in the small private sector with people turning their homes into restaurants and boarding houses. The only people still imbued with revolutionary zeal are the old, old leaders, not the generation in its 20’s.

Would you say Cuba is backward economically and politically?

Cuba is a poor country. Their economy hit rock bottom with the collapse of the USSR. This caused them to open up the economy very slightly, especially in the tourist sector for foreign exchange. As one older, disgruntled pensioner put it: “We have free doctors, but no medicine. We have free education but no books. We have free rent, but no money to fix the crumbling buildings.”

How does it compare to Venezuela which you also visited not long ago?

Venezuela has lots of oil and that makes a huge difference, though how well the oil industry and its revenue is being managed I can’t say. Caracas is jammed with cars and gridlock and gas is 25 cents a gallon. In Cuba, gas is expensive. Chavez sends it from Venezuela and Cuba sends him doctors.

But the Cubans still have wonderful music, don’t they?

The music is great and everywhere at all hours. We saw the Buena Vista Social Club our last night in Havana and they were terrific.

What can you tell us about Cuban courts and judges?

The new law permits the ownership and sale of family occupied property so a new body of real estate law will have to be developed.

Is there justice in Cuba?

What did you learn about repression and political prisoners?

People seemed to mock the government more than fear it, but no one thinks it’s a democracy. When I asked a driver who would succeed Raul, he said, “Oh, some old general.” The Cuban leaders have not groomed young people to take over after they’re gone.

I’ve heard the food is lousy. Is that accurate?

Food is terrible, though much better in private restaurants than in those run by the state. How they manage to make lobster taste like overcooked chicken breast is quite a trick.

When you talk to “Jose” and “Maria” in the street what do they have to say about their own country?

Jose grew up wanting to help the state develop and recognized that it gave him opportunities that he wouldn’t otherwise have had. His daughter is in the States because of the freedom she’ll have to do her own thing.

So, it’s a nice place to visit, but you wouldn’t want to live there?

One could easily live in a beach house largely insulated from the daily life of most Cubans.There’s a lot of talk about influence peddling and corruption. Our friends were involved in a car accident and the police seemed to act appropriately, but they talked skeptically about the role connections might play. Law suits as we know them are less necessary, since people have medical coverage for free and they get their salary while disabled.

I’m not disillusioned because I have had few illusions. While a supporter of the Cuban revolution in the 1960s, and a perpetual opponent of the blockade, I start from the premise that no revolution is a success if it needs the same leaders for 50 years. Jesus’s picture has been replaced by Che’s. That’s Cuban iconography.

What was the last thing you saw before you left?

The most disappointing thing was to experience how much hustling was going on, from steering to restaurants to selling street cigars. Cubans are curious about the United States. They want to talk with North Americans, but the hustling, which puts many travelers and tourists off-guard, makes it difficult to have genuine contacts with them. Still, despite the barriers, I managed to bridge the gap and to have conversations.

[Jonah Raskin is a frequent contributor to The Rag Blog and the author of The Radical Jack London, Marijuanaland, and For the Hell of It: The Life and Times of Abbie Hoffman. He is a professor at Sonoma State University. Read more articles by Jonah Raskin on The Rag Blog.]