I had my best Valentine’s Day ever dancing in the streets of New York with about 60 beautiful women protesting violence against women. 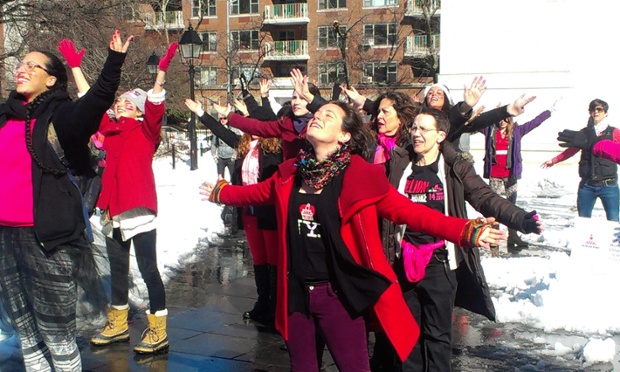 They were young and they were old, Asian, African-American, and as white as could be. They were the happiest group of women I’ve ever had the pleasure of meeting and they were protesting violence against women all around the world and in the U.S.A., too, in events organized by One Billion Rising for Justice.

I had not planned to join their Flash Mob and Flash Dance which started in Grand Central Station on 42nd Street in the heart of Manhattan and moved on to Bryant Park and then to Times Square with its neon signs. Serendipity must have been at work, or maybe it was in the stars. 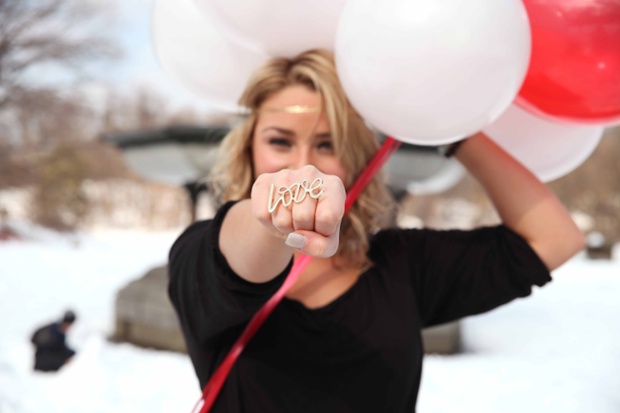 I had to join the women at Grand Central and in the streets. I had to shake my body with them in protest against the epidemic of global violence that takes place in rich countries and poor countries, far away, very close to home and in the house right next door.

“It feels really empowering to do this in the streets,” Julia Daye told me. A dancer, 25-years old, and wearing bright red-leggings, she added, “It’s uplifting inside and out and it’s really therapeutic, especially for women who have been the victims of sexual assault.”

Maureen, who was old enough to be Julia’s grandmother, said, “I’ve been protesting nonviolently ever since I was 16-years-old. How ever women dress, whether sexy or not, it doesn’t give any man the right to be violent against them.”

The neon signs flashed above us, the crowds surged across the intersection, and the women raised their voices and sang, “We are beautiful in our bodies.” The sentiment was contagious. I felt it in my body and I moved my hips from side to side.

[Appropriately enough, Jonah Raskin, a regular contributor to The Rag Blog, is a real sweetheart. Jonah is a professor emeritus at Sonoma State University and the author of many books, including For the Hell of It: The Life and Times of Abbie Hoffman. Read more articles by Jonah Raskin on The Rag Blog.]