Jonah Raskin : Prop 19 Up in Smoke 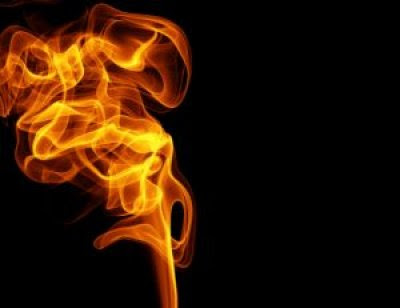 SAN FRANCISCO — I spent Election Day at Prop 19 Headquarters in Oakland, California, and witnessed the final, tumultuous hours of the campaign to legalize marijuana. Not legalize it once and for all. To be precise, legalize possession of one ounce or less by a person over the age of 21, and cultivation in a 25-square-foot area.

That’s what big media is saying and that’s what law enforcers are also saying. The supporters of 19 have been saying that 19 won, that the 3,350,000 or so people who voted for it shows that marijuana is here to stay, and that sooner or later marijuana will be legalized.

“Demographics, economics and principle all favor the ultimate demise of marijuana prohibition,” Ethan Nadelmann, the founder and executive director of the Drug Policy Alliance, said soon after the votes were counted. He added, “Marijuana isn’t going to legalize itself, but momentum is building like never before among Americans across the political spectrum who think it’s time to take marijuana out of the closet and out of the criminal justice system.”

Nadelmann is absolutely right when he says that marijuana won’t legalize itself. Indeed, it will take ingenuity, organization, and new strategies to persuade some of the nearly 4 million people who voted against 19 to change their minds.

In the 1960s, momentum to legalize pot built like never before, and hippies predicted that it would be legalized very soon. But that didn’t happen. The same could happen again, unless there are profound changes in strategy by the pro-legalization movement.

Prop 19 was poorly written; even advocates for legalization pointed to its inconsistencies, legalese, and confused wording. Prop 19 left it up to individual counties in California to decided whether to implement the measure. Citizens in one county would be able to have an ounce or less if they were 21 years of age or older, while citizens in an adjacent county would not have the same legal protections. That was a recipe for disaster.

Shortly before Election Day, former Mexican President Vicente Fox commented on 19 in a radio interview. “How great it would be for California to set this example,” he said. “May God let it pass. The other U.S. states will have to follow step.” His sentiments were widely appreciated in the movement to end the war on marijuana.

American Puritanism, the American work ethic, and the American suspicion of pleasure and joy also contributed to the Prohibition of marijuana. Millions of Californians don’t like the idea of their fellow citizens smoking pot at parties, driving on pot, arriving at work stoned, having sex stoned, and eating stoned. To make marijuana legal it will also mean eroding American Puritanism — no easy feat.

What seems especially noteworthy of the Prop 19 campaign is that many in law enforcement came out in favor of legalization. They went against the tide of law enforcers who think of marijuana as the drug of choice of the hippies, and who are still fighting the battles of the 1960s.

Meanwhile, in the wake of the defeat of 19, very little seems to have changed in California in the marijuana world. Stoners, heads, and medical marijuana patients are rolling joints and smoking them. Marijuana growers are planting seeds; dispensaries are selling pot. Doctors are recommending marijuana to their patients.

Prop 19 did profoundly change attitudes, and yet now that the election is over it’s as though 19 never happened. After so much time and effort, it’s hard to believe. Prop 19 might be a foundation to build upon, and yet given the volatile political scene and political amnesi, it seems likely that the next time a pro-marijuana measure comes along, activists will have to start all over again with a clean slate.

4 Responses to Jonah Raskin : Prop 19 Up in Smoke