Jonathan Franzen : ‘I Just Called to Say I Love You’ 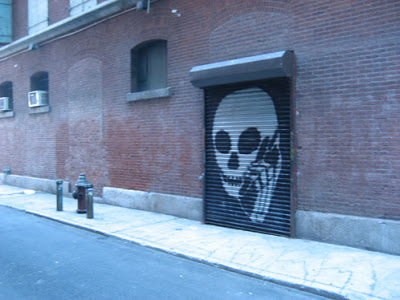 This article appears in full in the September/October 2008 issue of Technology Review.

One of the great irritations of modern technology is that when some new development has made my life palpably worse and is continuing to find new and different ways to bedevil it, I’m still allowed to complain for only a year or two before the peddlers of coolness start telling me to get over it already Grampaw–this is just the way life is now.

I’m not opposed to technological developments. Digital voice mail and caller ID, which together destroyed the tyranny of the ringing telephone, seem to me two of the truly great inventions of the late 20th century. And how I love my BlackBerry, which lets me deal with lengthy, unwelcome e-mails in a few breathless telegraphic lines for which the recipient is nevertheless obliged to feel grateful, because I did it with my thumbs. And my noise-canceling headphones, on which I can blast frequency-shifted white noise (“pink noise”) that drowns out even the most determined woofing of a neighbor’s television set: I love them. And the whole wonderful world of DVD technology and high-definition screens, which have already spared me from so many sticky theater floors, so many rudely whispering cinema-goers, so many open-mouthed crunchers of popcorn: yes.

Privacy, to me, is not about keeping my personal life hidden from other people. It’s about sparing me from the intrusion of other people’s personal lives. And so, although my very favorite gadgets are actively privacy enhancing, I look kindly on pretty much any development that doesn’t force me to interact with it. If you choose to spend an hour every day tinkering with your Facebook profile, or if you don’t see any difference between reading Jane Austen on a Kindle and reading her on a printed page, or if you think Grand Theft Auto IV is the greatest Gesamtkunstwerk since Wagner, I’m very happy for you, as long as you keep it to yourself.

The developments I have a problem with are the insults that keep on insulting, the injuries of yesteryear that keep on giving pain. Airport TV, for example: it seems to be actively watched by about one traveler in ten (unless there’s football on) while creating an active nuisance for the other nine. Year after year; in airport after airport; a small but apparently permanent diminution in the quality of the average traveler’s life. Or, another example, the planned obsolescence of great software and its replacement by bad software. I’m still unable to accept that the best word-processing program ever written, WordPerfect 5.0 for DOS, won’t even run on any computer I can buy now. Oh, sure, in theory you can still run it in Windows’ little DOS-emulating window, but the tininess and graphical crudeness of that emulator are like a deliberate insult on Microsoft’s part to those of us who would prefer not to use a feature-heavy behemoth. WordPerfect 5.0 was hopelessly primitive for desktop publishing but unsurpassable for writers who wanted only to write. Elegant, bug-free, negligible in size, it was bludgeoned out of existence by the obese, intrusive, monopolistic, crash-prone Word. If I hadn’t been collecting old 386s and 486s in my office closet, I wouldn’t be able to use WordPerfect at all by now. And already I’m down to my last old 486. And yet people have the nerve to be annoyed with me if I won’t send them texts in a format intelligible to all-powerful Word. We live in a Word world now, Grampaw. Time to take your GOI pill.

But these are mere annoyances. The technological development that has done lasting harm of real social significance–the development that, despite the continuing harm it does, you risk ridicule if you publicly complain about today–is the cell phone.

Just 10 years ago, New York City (where I live) still abounded with collectively maintained public spaces in which citizens demonstrated respect for their community by not inflicting their banal bedroom lives on it. The world 10 years ago was not yet fully conquered by yak. It was still possible to see the use of Nokias as an ostentation or an affectation of the affluent. Or, more generously, as an affliction or a disability or a crutch. There was unfolding, after all, in New York in the late 1990s, a seamless citywide transition from nicotine culture to cellular culture. One day the lump in the shirt pocket was Marlboros, the next day it was Motorola. One day the vulnerably unaccompanied pretty girl was occupying her hands and mouth and attention with a cigarette, the next day she was occupying them with a very important conversation with a person who wasn’t you. One day a crowd gathered around the first kid on the playground with a pack of Kools, the next day around the first kid with a color screen. One day travelers were clicking lighters the second they were off an airplane, the next day they were speed-dialing. Pack-a-day habits became hundred-dollar monthly Verizon bills. Smoke pollution became sonic pollution. Although the irritant changed overnight, the suffering of a self-restrained majority at the hands of a compulsive minority, in restaurants and airports and other public spaces, remained eerily constant. Back in 1998, not long after I’d quit cigarettes, I would sit on the subway and watch other riders nervously folding and unfolding phones, or nibbling on the teatlike antennae that all the phones then had, or just quietly clutching their devices like a mother’s hand, and I would feel something close to sorry for them. It still seemed to me an open question how far the trend would go: whether New York truly wanted to become a city of phone addicts sleepwalking down the sidewalks in icky little clouds of private life, or whether the notion of a more restrained public self might somehow prevail.

Read all of this article here. / Technology Review

1 Response to Jonathan Franzen : ‘I Just Called to Say I Love You’