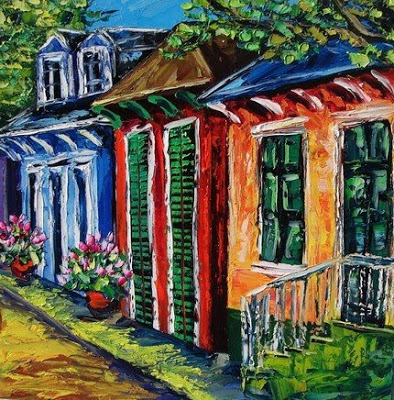 
We share a common history, and we will work for a shared future of justice and liberation.

NEW ORLEANS — New Orleans and Haiti are connected by geography, history, architecture, and family, and news of mass devastation and loss of life in the island nation has hit hard in the Crescent City. Almost every hurricane that has hit our city first brought devastation on our neighbors in Haiti. We are linked not just by a shared experience of storms, but also by first-hand understanding of the ways in which oppression based on race, class and gender interacts with these disasters.

Many New Orleanians have roots in Haiti, and their revolution lent inspiration to our city. The 500 enslaved people from the parishes outside New Orleans that participated in the 1811 Rebellion to End Slavery (the largest armed uprising against slavery in the U..S) were directly inspired by the Haitian revolution. Even much of our housing design — such as the Creole cottage and shotgun house — came here via Haiti.

As historian Carl A. Brasseaux has noted, “During a six-month period in 1809, approximately 10,000 refugees from Saint-Domingue (present-day Haiti) arrived at New Orleans, doubling the Crescent City’s population…The vast majority of these refugees established themselves permanently in the Crescent City. [They] had a profound impact upon New Orleans’ development. Refugees established the state’s first newspaper and introduced opera into the Crescent City. They also appear to have played a role in the development of Creole cuisine and the perpetuation of voodoo practices in the New Orleans area.”

After Katrina, Haitian American writer Edwidge Danticat said New Orleans looked more like Haiti than the U.S. “It’s hard for those of us who are from places like Freetown or Port-au-Prince not to wonder why the so-called developed world needs so desperately to distance itself from us, especially at a time when an unimaginable tragedy shows exactly how much alike we are,” Danticat said. “We do share a planet that is gradually being warmed by mismanagement, unbalanced exploration, and dismal environmental policies that might one day render us all, First World and Third World residents alike, helpless to more disasters like Hurricane Katrina.”

In the days after Katrina, there was no rescue plan for the thousands of people trapped in Orleans Parish Prison, most of whom had not been convicted of any crime, the majority held for nonviolent offenses that ranged from drug violations to traffic tickets. In Port Au Prince, nearly 4,500 Haitians held in a prison built for 800 had the walls fall around them. Many died while others managed to escape. And the corporate media used the fact that these prisoners had freed themselves as an excuse to sow fear against the earthquake victims.

Now, just as after Katrina, the media is eager to demonize and criminalize the victims as “looters.” Pat Robertson has even added a new twist to this old libel, accusing the people of Haiti of literally making a deal with Satan.

New Orleans’ education, health care, and criminal justice systems were already in crisis before Katrina. In Haiti, two hundred years of crippling debt imposed by France, the U.S., and other colonial powers drained the country’s financial resources. Military occupation and presidential coups coordinated and funded by the U.S. have devastated the nation’s government infrastructure.

Haitian poet and human rights lawyer Ezili Dantò has written, “Haiti’s poverty began with a U.S./Euro trade embargo after its independence, continued with the Independence Debt to France and ecclesiastical and financial colonialism. Moreover, in more recent times, the uses of U.S. foreign aid, as administered through USAID in Haiti, basically serves to fuel conflicts and covertly promote U.S. corporate interests to the detriment of democracy and Haitian health, liberty, sovereignty, social justice and political freedoms. USAID projects have been at the frontlines of orchestrating undemocratic behavior, bringing underdevelopment, coup d’état, impunity of the Haitian Oligarchy, indefinite incarceration of dissenters, and destroying Haiti’s food sovereignty, essentially promoting famine.”

Author Naomi Klein reported that within 24 hours of the earthquake, the influential right-wing think tank the Heritage Foundation was already seeking to use the disaster as an attempt at further privatization of the country’s economy. The Heritage Foundation released similar recommendations in the days after Katrina, calling for “solutions” such as school vouchers.

Our Katrina experience has taught us to be suspicious of Red Cross and other large and bureaucratic aid agencies that function without any means of community accountability. In New Orleans, we’ve seen literally tens of billions of dollars in aid pledged in the years since Katrina, but only a small fraction of that has made it to those most in need.

A recent letter signed by six human rights organizations brings these concerns to the discussion of Haiti relief. “There is no doubt that Haiti’s hungry, thirsty, injured, and sick urgently need all the assistance the international community can provide, but it is critical that the underlying goal of improving human rights drives the distribution of every dollar of aid given to Haiti,” said Loune Viaud, Director of Strategic Planning and Operations at Zanmi Lasante, one of the drafters of the letter. “The only way to avoid escalation of this crisis is for international aid to take a long-term view and strive to rebuild a stronger Haiti — one that includes a government that can ensure the basic human rights of all Haitians and a nation that is empowered to demand those rights.”

INCITE Women Of Color Against Violence and other feminist organizations brought attention to the way that disaster in gendered, noting that women were especially victimized by Katrina and it’s aftermath. An organization called the Gender and Disaster Network released six principles for engendered relief and reconstruction, stating, “Gender analysis is not optional or divisive but imperative to direct aid and plan for full and equitable recovery. Nothing in disaster work is ‘gender neutral.’” INCITE activists forwarded a list of Women-run organizations in Haiti, encouraging activists to support relief that focuses on those hardest hit by this disaster.

The final lesson from New Orleans is this: Haiti will still be in crisis long after all of the news cameras have left. As concerned family and friends of Haiti, New Orleanians have pledged to stay involved and not forget about the continuing needs of rebuilding and recovery. We share a common history, and we will work for a shared future of justice and liberation.

[Jordan Flaherty is a journalist, an editor of Left Turn Magazine, and a staffer with the Louisiana Justice Institute. He was the first writer to bring the story of the Jena Six to a national audience and audiences around the world have seen the television reports he’s produced for Al-Jazeera, TeleSur, GritTV, and Democracy Now. Haymarket Press will release his new book, FLOODLINES: Stories of Community and Resistance from Katrina to the Jena Six, in 2010. He can be reached at neworleans@leftturn.org. This article was also posted to The Huffington Post.]

1 Response to Jordan Flaherty : New Orleans’ Heart is in Haiti