JOURNALISM : The Tragic Decline of the Printed Page 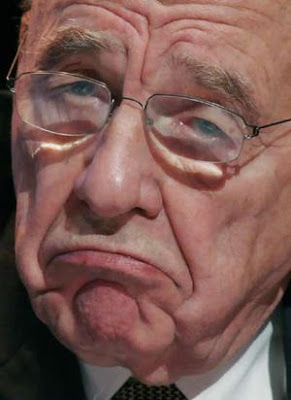 The decline of newspapers is not about the replacement of the antiquated technology of news print with the lightning speed of the Internet. It does not signal an inevitable and salutary change. It is not a form of progress. The decline of newspapers is about the rise of the corporate state, the loss of civic and public responsibility on the part of much of our entrepreneurial class and the intellectual poverty of our post-literate world, a world where information is conveyed primarily through rapidly moving images rather than print.

All these forces have combined to strangle newspapers. And the blood on the floor, this year alone, is disheartening. Some 6,000 journalists nationwide have lost their jobs, news pages are being radically cut back and newspaper stocks have tumbled. Advertising revenues are dramatically falling off with many papers seeing double-digit drops. McClatchy Co., publisher of the Miami Herald, has seen its shares fall by 77 percent this year. Lee Enterprises Inc., which owns the St. Louis Post-Dispatch, is down 84 percent. Gannett Co., which publishes USA Today, is trading at nearly a 17-year low. The San Francisco Chronicle is now losing $1 million a week.

The Internet will not save newspapers. Although all major newspapers, and most smaller ones, have Web sites, and have had for a while, newspaper Web sites make up less than 10 percent of newspaper ad revenue. Analysts say that although Net advertising amounts to $21 billion a year, that amount is actually relatively small. So far, the really big advertisers have stayed away, either unsure of how to use the Internet or suspicious that it can’t match the viewer attention of older media.

Newspapers, when well run, are a public trust. They provide, at their best, the means for citizens to examine themselves, to ferret out lies and the abuse of power by elected officials and corrupt businesses, to give a voice to those who would, without the press, have no voice, and to follow, in ways a private citizen cannot, the daily workings of local, state and federal government. Newspapers hire people to write about city hall, the state capital, political campaigns, sports, music, art and theater. They keep citizens engaged with their cultural, civic and political life. When I began as a foreign correspondent 25 years ago, most major city papers had bureaus in Latin America, the Middle East, Europe, Asia and Moscow. Reporters and photographers showed Americans how the world beyond our borders looked, thought and believed. Most of this is vanishing or has vanished.

We live under the happy illusion that we can transfer news-gathering to the Internet. News-gathering will continue to exist, as it does on this Web site and sites such as ProPublica and Slate, but these traditions now have to contend with a new, widespread and ideologically driven partisanship that dominates the dissemination of views and information, from Fox News to blogger screeds. The majority of bloggers and Internet addicts, like the endless rows of talking heads on television, do not report. They are largely parasites who cling to traditional news outlets. They can produce stinging and insightful commentary, which has happily seen the monopoly on opinion pieces by large papers shattered, but they rarely pick up the phone, much less go out and find a story. Nearly all reporting—I would guess at least 80 percent—is done by newspapers and the wire services. Take that away and we have a huge black hole.

Those who rely on the Internet gravitate to sites that reinforce their beliefs. The filtering of information through an ideological lens, which is destroying television journalism, defies the purpose of reporting. Journalism is about transmitting information that doesn’t care what you think. Reporting challenges, countermands or destabilizes established beliefs. Reporting, which is time-consuming and often expensive, begins from the premise that there are things we need to know and understand, even if these things make us uncomfortable. If we lose this ethic we are left with pandering, packaging and partisanship. We are left awash in a sea of competing propaganda. Bloggers, unlike most established reporters, rarely admit errors. They cannot get fired. Facts, for many bloggers, are interchangeable with opinions. Take a look at The Drudge Report. This may be the new face of what we call news.

When the traditional news organizations go belly up we will lose a vast well of expertise and information. Our democracy will suffer a body blow. Not that many will notice. The average time a reader of The New York Times spends with the printed paper is about 45 minutes. The average time a viewer spends on The New York Times Web site is about seven minutes. There is a difference between browsing and reading. And the Web is built for browsing rather than for reading. When there is a long piece on the Internet, most of us have to print it out to get through it.

The rise of our corporate state has done the most, however, to decimate traditional news-gathering. Time Warner, Disney, Rupert Murdoch’s News Corp., General Electric and Viacom control nearly everything we read, watch, hear and ultimately think. And news that does not make a profit, as well as divert viewers from civic participation and challenging the status quo, is not worth pursuing. This is why the networks have shut down their foreign bureaus. This is why cable newscasts, with their chatty anchors, all look and sound like the “Today” show. This is why the FCC, in an example of how far our standards have fallen, defines shows like Fox’s celebrity gossip program “TMZ” and the Christian Broadcast Network’s “700 Club” as “bona fide newscasts.” This is why television news personalities, people like Katie Couric, have become celebrities earning, in her case, $15 million a year. This is why newspapers like the Los Angeles Times and Chicago Tribune are being ruthlessly cannibalized by corporate trolls like Sam Zell, turned into empty husks that focus increasingly on boutique journalism. Corporations are not in the business of news. They hate news, real news. Real news is not convenient to their rape of the nation. Real news makes people ask questions. They prefer to close the prying eyes of reporters. They prefer to transform news into another form of mindless amusement and entertainment.

A democracy survives when its citizens have access to trustworthy and impartial sources of information, when it can discern lies from truth. Take this away and a democracy dies. The fusion of news and entertainment, the rise of a class of celebrity journalists on television who define reporting by their access to the famous and the powerful, the retreat by many readers into the ideological ghettos of the Internet and the ruthless drive by corporations to destroy the traditional news business are leaving us deaf, dumb and blind.

We are cleverly entertained during our descent. We have our own version of ancient Rome’s bread and circuses with our ubiquitous and elaborate spectacles, sporting events, celebrity gossip and television reality shows. Societies in decline, as the Roman philosopher Cicero wrote, see their civic and political discourse contaminated by the excitement and emotional life of the arena. And the citizens in these degraded societies, he warned, always end up ruled by a despot, a Nero or a George W. Bush.