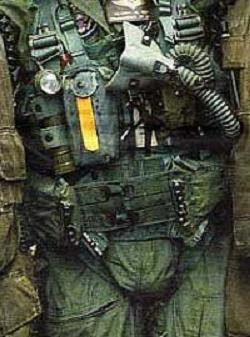 5 Years after George W. Bush’s infamous speech aboard the USS Lincoln, the mission seems incomplete. Bush imagined that he could get rid of Saddam Hussein and install exiled businessman and bank fraudster Ahmad Chalabi in his place. Deputy Secretary of Defense Paul Wolfowitz told Congress that the US would be out of Iraq, except for a division (20,000 men or so), by October of 2003. Wolfowitz and other Bush officials depicted Iraqis as secular and downplayed the possibility of ethnic violence in the aftermath of the overthrow of the Baath Party.

Here are some memorable phrases from Bush’s mendacious speech half a decade ago:

‘ . . . major combat operations in Iraq have ended. In the battle of Iraq, the United States and our allies have prevailed. . .

And now our coalition is engaged in securing and reconstructing that country. . .

In this battle, we have fought for the cause of liberty and for the peace of the world. . .
Because of you our nation is more secure. . . [Note that he is trying to attribute to the poor enlisted men his policies.] . . .

In the images of fallen statues we have witnessed the arrival of a new era. . . [The statue was pulled down by the US military and the whole thing was staged before a tiny Iraqi crowd, the small size of which media close-ups disguised.] . . .

In defeating Nazi Germany and Imperial Japan, Allied forces destroyed entire cities, while enemy leaders who started the conflict were safe until the final days. Military power was used to end a regime by breaking a nation. Today we have the greater power to free a nation by breaking a dangerous and aggressive regime. With new tactics and precision weapons, we can achieve military objectives without directing violence against civilians. . . [The US has probably directly killed about 200,000 Iraqis and destroyed the city of Fallujah as well as damaging and repeatedly bombing others. Bush’s fascist attempt to reconfigure warfare as a humanitarian gesture is the biggest lie of all] . . .

Men and women in every culture need liberty like they need food and water and air. [Foreign military occupation is not generally considered ‘liberty’ by most people.] . . .

We’ve begun the search for hidden chemical and biological weapons, and already know of hundreds of sites that will be investigated. [The sites were being investigated before the war, and nothing was being found, so Bush pulled out the inspectors and went to war. Nothing ever was found.] . . .

Our coalition will stay until our work is done and then we will leave and we will leave behind a free Iraq. [When will that be exactly?] . . .

In the battle of Afghanistan, we destroyed the Taliban . . . [ Maybe not so much; this ‘mission accomplished’ passage has not been sufficiently criticized] . . .

The liberation of Iraq is a crucial advance in the campaign against terror. We have removed an ally of Al Qaida and cut off a source of terrorist funding. [There was no operational connection between Iraq and al-Qaeda. None. And the US occupation of Iraq gave al-Qaeda a new lease on life ] . . .

We are committed to freedom in Afghanistan, Iraq and in a peaceful Palestine. . . [90% of the world fell down laughing at that point in the speech; only gullible, self-righteous Americans could even think about taking this snow job seriously] . . .