Judge Wiliam Wayne Justice : Hispanics and The Right to Vote 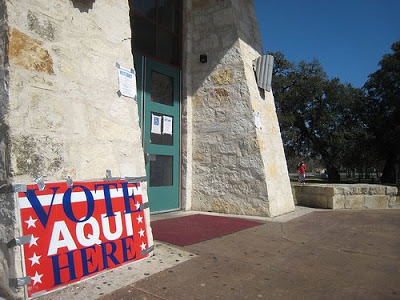 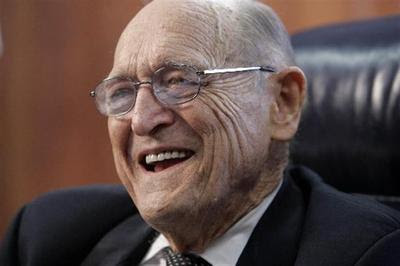 [Judge William Wayne Justice was a Texas federal district judge who died at age 89 on Oct. 13, 2009, in Austin. His rulings on landmark class-action suits led to school integration in Texas, as well as sweeping prison reform, the education of undocumented immigrants and much more. David Richards wrote of his legacy in The Rag Blog. Attorney George Korbel now provides a lawyerly take on Judge Justice’s profound effect on voting rights in Texas.]

I came to Texas in late 1971. Since that time I have usually represented Hispanic plaintiffs. Oscar Mauzy had driven up to Tyler to file the case attacking the 1971 House and State Senate redistricting. He then turned it over to David Richards. There was a concerted effort to remove Wayne Justice as the organizing judge. He hung tough and ended up on the panel.

His opinion in Graves v. Barnes affirmed as White v Regester was the first case in which the Supreme Court affirmed a finding of discrimination as a result of at-large elections. Four year later the findings in Graves/White formed the basis for the extension of the special provisions of the Federal Voting Rights Act to Texas. The Judge chronicled the decades of discrimination against Hispanics and litigation to redress it. And he explained how it all impacted the electoral process.

The litigation flowing from the Supreme Court affirmance of his Graves opinion sped up change in Texas. In 1971, all Texas cities and school districts elected their boards of trustees and councils at large which resulted in minimal Hispanic and virtually no African American representation. By the end of the decade, San Antonio, Houston, Dallas, Waco and a host of other cities and school districts were forced into single member districts as a result of Graves/White and the Federal Voting Rights Act.

Now virtually all of the urban areas in Texas, along with the rest of the South with the exception of Austin, elect by single member districts. Every person from every one of these jurisdictions has example after example of what changes were caused by geographic representation.

In San Antonio, every time it rained there were floods. Property was destroyed and people inevitably drowned. Virtually the first effort of the single member district city council was drainage and we have no floods now. The mother of the current mayor of San Antonio was one of the plaintiffs in the single member litigation. Such a simple concept as fair elections not only improved social and economic conditions but provided countless role models for the minority, the poor and the dispirited.

In a suit filed by David Richards, the judge issued first injunction enforcing Section 5 of the Voting Rights Act. Texas was going to purge all of the registered voters and start over from scratch in 1975. This would have been a major setback to minority voting. Fully eight million stamped sealed letters to all of our registered voters were stopped at the last moment.

Judge Justice’s impact on the expanded governmental use of the Spanish Language was likewise significant if less appreciated. His US v. Texas was a grand desegregation suit involving the entire state. An offshoot of that case was his opinion in the Del Rio school case tried by Warren Burnett in the early 1970s circa Graves/White. Judge Justice not only desegregated the schools but ordered bilingual education. Within a few years in one form or another it was common, controversial but common.

The decision in the Del Rio school case together with the Graves findings relating to problems of non-English speaking voters formed a significant part of the legislative history which resulted in the language provisions of the 1975 Voting Rights Act. Literally overnight, all election documents had to be translated into Spanish. People were allowed to vote in a language that only years earlier they had been punished for speaking in school. The success of elections in turn eventually led to the translation of virtually all forms that people have to fill out to obtain benefits from the state.

So many children have benefited from learning in Spanish. So many elections have been won and the benefits of government shared as a result. Though I was not all that close to him, some years ago I had a long chat with him at a reception in his honor in Del Rio where he often sat after moving to Austin. The questions he asked showed how interested he was in the language issues and the types of changes that had come about from single member districts. I ticked off a laundry list of the changes that I had seen. Finally I told him, “Judge, you started all of that.”

[George Korbel is a prominent attorney who specializes in voting rights issues. His offices are in San Antonio.]

2 Responses to Judge Wiliam Wayne Justice : Hispanics and The Right to Vote