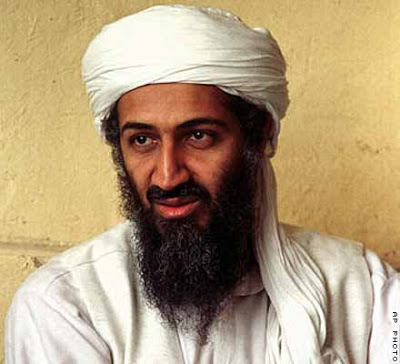 The USG Open Source Center translates an article from the Persian Afghan press alleging that French troops were at one point close to capturing Usamah Bin Ladin in Afghanistan, but that American forces stopped them from doing so. It says that a forthcoming French documentary containing interviews with the French soldiers provides proof for the allegation. The argument is that the Bush administration needed Bin Ladin to be at large in order to justify its military expansionism.

So, the rumour was right: French soldiers trapped Usamah Bin-Ladin, but were not allowed by the Americans to arrest the apparent fugitive leader of Al-Qa`idah. A Bin-Ladin documentary just released by French documentary cinema examines this issue, an issue which has led to heated debate in the French media.

This French documentary shows how the Americans are interested in continuing the game, a bloody and expensive game whose victims are only the unprotected and local people of our dry and dusty country. It was last year that rumours spread about this report in Kabul, but it has not been taken seriously by the media. But watching this revealing French documentary changes the rumours into disturbing facts. “Bin Laden, the failings of a manhunt”, produced by Emmanuel Razavi and Eric de Lavarene, two French filmmakers and reporters, assesses and confirms the claims of French soldiers that they could have killed Usamah within two operations, but the American forces prevented them. This film has not been broadcast publicly yet and is to be broadcast by Planet, a French network.

Even though French soldiers have insisted on this in the battlefield many times, the Elysees Palace in Paris and the White House in America have rejected this, and the Afghan leadership does not have any information about it yet!

The main question that arises is the extent to which the “Bin Laden on the run” project is a problem for America and Afghanistan. Seven years of suicide bombing and explosions, blood and violence, unmanned fighter planes, and old vehicles full of explosives, all to catch a long-bearded Arab whom America apparently hates? And an Arab who worked for the CIA in the name of Allah, and who now, also in the name of that same Allah, has conducted a jihad against that same CIA?

Facing the facts in this Usamah film is a bitter and disturbing experience and will make you nervous and wish that what it is that you are watching is just a baseless rumour, or a figment of Hollywood’s imagination. But it is not. The pictures are real and you are facing a debate in documentary form. The only justification for the bloody presence of America in Afghanistan is the ambiguous existence of Usamah Bin-Ladin and the Al-Qa’idah terrorist network.

George Bush, with his “war on terror” project, has transformed the middle east and Afghanistan into an inflamed bomb ready to explode, but has not found out anything about his beloved lost Usamah Bin-Ladin so far.

What is seen, and the film also emphases this, is that all these slogans, this fighting and killing are a game, a painful and prolonged game whose end even the players do not know and which is running out of control. Apparently, it is a game of cat and mouse, just like “Tom and Jerry”, the famous cartoon. But it is a reality that the stubborn one from Texas does not want to catch the mouse – unlike credulous Tom – and that the long-bearded Wahhabi Arab does not want to hide – unlike the intelligent and roaming Jerry. Their prolonged game has made not only the audiences tired but has also transformed the playground into a big pool of blood.

There have always been questions that neither the politicians have been willing to answer, nor the independent western media to raise. If Usamah is not the lost one of the Americans, then who is? What are the Americans searching for in Afghanistan and who are they looking for? The main media in the West remained silent before the report of the Usamah Bin-Ladin arrest by French soldiers. And, through a news boycott, they reduced a certain fact to a rumour.

Certainly, they will do the same before this film, too. But instead they will try to complicate the scenario. More painful than anything else is the political fair in Kabul, a poor fair where everyone offers his despicable commodity – a combination of generous western customers and thankful sellers of the country. Everyone knows the fact, like “an obvious secret”, but no one wants to irritate the delicate minds of their nervous guests, guests who will be staying at home until the new year.

Politicians try to forget such news in Kabul, and this is the advice they give to the people. Forgetting and ignoring such facts is possible, but how can we forget and ignore the bombs exploding next to our houses every day?

Bombs which sometimes rise from the ground and sometimes descend from the air.

(Description of Source: Kabul Hasht-e-Sobh in Dari Kabul Hasht-e Sobh in Dari – Eight-page secular daily launched in May 2007; editor-in-chief, Qasim Akhgar, is a political analyst and Head of the Association for the Freedom of Speech.)

This entry was posted in RagBlog and tagged Bin Laden, Bush Administration, War on Terror. Bookmark the permalink.