Junior’s Legacy : As Little As Possible 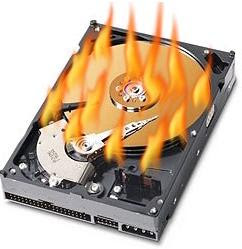 WASHINGTON – The White House is missing as many as 225 days of e-mail dating back to 2003, and there is little likelihood that a recovery effort will be completed by the time President Bush leaves office, according to an internal White House draft document obtained by the Associated Press.

The nine-page outline of the White House’s e-mail problems invites companies to bid on a project to recover the missing electronic messages.

The work would be carried out through April 19, 2009, according to the Office of Administration request for contractors’ proposals dated June 20. The new president will be inaugurated three months before that completion date.

Last week, the White House declined to comment on the document. On Wednesday, the White House refused to discuss internal contracting procedures but said the information was “outdated and seriously inaccurate.” It would not elaborate. Nor would it say whether anyone had been hired.

“With an eye on the clock, the White House continues to drag its feet and do everything possible to postpone public access to the records of this presidency,” said Anne L. Weismann, chief counsel of Citizens for Responsibility and Ethics in Washington, a private watchdog group.

The draft document outlines a process in which private contractors would attempt to retrieve lost e-mail from 35,000 disaster recovery backup tapes dating to October 2003, a period covering such events as growing violence in Iraq, the Abu Ghraib prison scandal and the criminal inquiry into the disclosure that Valerie Plame, wife of an administration critic, worked for the CIA.

The recovery project would not use backup tapes going back to March 2003, according to the draft document, even though an earlier White House assessment suggested that e-mail was missing from that period as well.

Industry experts point out that relying on the backup system to ensure accurate retention, preservation and retrieval of all e-mail is problematic because it does not take into account deleted e-mail.

“A backup system isn’t designed to be a 100% complete inventory of all e-mails,” said William P. Lyons, chairman and chief executive of AXS-One, a provider of records compliance management solutions. “It’s designed to make a copy of data at a specific point in time.”

The White House draft document says the number of days of missing e-mail ranges from 25 to 225, a range that industry experts say would make it difficult to bid on a recovery project.

“Generally, when the scope of the work is expected to fluctuate by a factor of nearly 10, I can only take you so seriously,” said Steven L. Schooner, co-director of the government procurement law program at George Washington University.

At a hearing on Capitol Hill in February, the White House told Congress it was trying to determine how many e-mail messages were missing.

This entry was posted in RagBlog and tagged Bush Administration, Conspiracy, White House. Bookmark the permalink.