Ken Wachsberger :
Academic publishing is destined to fail without a publisher-author partnership

Publishers have to show that they give a damn about their writers because writers are paying attention. 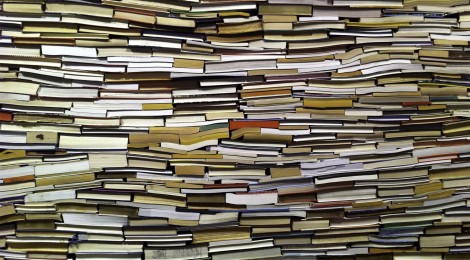 In the May 26, 2014 issue of The Nation, Scott Sherman wrote about the precarious state of academic publishing due largely to pressures it faces, including from declining library budgets, the rise of commercial publishing conglomerates, and especially the growing popularity of electronic publishing, seen by some university press directors as “a decisive rupture from the past” (“Under Pressure: Incrementalists and futurists battle over the mission of the university press” — online version had a different title).

He provided an insightful look at the inside of the university press system. However, his solutions didn’t go far enough because they omitted the needs of a key player, namely writers.

So I wrote a passionate letter to The Nation that stated my credentials and made my argument.

Unfortunately, The Nation restricts letters to the editor to 300 words. My response was about five times too lengthy. Alas. But fitting it within the paradigms of acceptability would have diluted my response like coffee from a fifth-time-used filter. So I stuck to my original length and hoped they would be so inspired by my passion and knowledge that they would call me and propose that it be run as an article.

I’m sorry they didn’t. It is a topic that is seldom covered, including by The Nation, where articles about the publishing world are not strangers. The topic must be covered if those who purport to care about the future of academic publishing are serious.

I write as someone who has written and edited widely for what may be broadly called the academic press.

I write as someone who has written and edited widely for what may be broadly called the academic press and includes both the university presses and the commercial academic presses. I taught at the college level for some 30 years, though never on the tenure track. In addition, I am the founder of the National Writers Union’s academic writers caucus and a long-time contract adviser for NWU’s Grievance and Contract Division specializing in teaching members how to understand and negotiate academic press book contracts.

Only in the last section of the article were writers even seriously mentioned, though they were referred to by their campus name, “professors”: “University presses provide a number of vital functions for the academy as a whole — starting with the fact that, by and large, young professors achieve promotion and tenure based on monographs they publish.”

In my contract advising, I tell members that they aren’t writers who teach or teachers who write but rather both writers and teachers, members of two professions at the same time, and they deserve to be treated with dignity within each profession.

This pressure of tenure-track faculty members to earn bylines in sanctioned publications — and this includes university presses as well as certain commercial academic publishers — in order to be considered as candidates for tenure is known in academic circles as “publish or perish.” It is this pressure on faculty members that enables academic presses to offer them boilerplate contracts that are arguably the worst contracts in the business. This same pressure causes faculty members often to ignore their right to negotiate (unfortunately many don’t know they even have that right) and instead to sign the boilerplate as it is presented to them. (Hint: If they joined the National Writers Union before blindly signing, they could be assigned a trained contract adviser who would walk them through their contracts, explain what the clauses mean, and teach them how to negotiate — a free members-only service.)

These are only a few of the worst clauses writers face in traditional boilerplate contracts from academic presses.

These are only a few of the worst clauses writers face in traditional boilerplate contracts from academic presses. Many tenure-track faculty members are willing to accept these contract abuses, believing mistakenly that they are a necessary tradeoff to achieving tenure. They aren’t. Every contract is negotiable and no author should ever sign a boilerplate.

But, in fact, many writers who sign contracts with academic presses are not academics on the tenure track at all and could care less about the humiliating tradeoff. One group are academics on the road-to-hell track, namely the rising number of adjunct faculty members, who earn second- and third-tier pay rates, with benefits that are far inferior to those of tenure-track faculty members — or no benefits at all. In their most glorious dreams, they will never achieve tenure.

Other authors are not even academics but just happened to write books that were not seen as commercial enough by the trade press and were forced to seek homes with academic publishers because they thought they had nowhere else to go — the line between trade and academic publishing is narrowing.

Meanwhile, writers are treated at best as competitors to publishers; at worst, they are just the raw material that publishers need to create their product. Throughout my quarter century of contract advising, I have witnessed an arrogance on the part of way too many academic publishers toward these writers that assumes that they have nowhere else to go. In the past publishers have gotten away with giving writers sub-par contracts and then not even promoting the books. (That they don’t promote their books beyond listing them in seasonal catalogs and sending out a few press releases is known as “the worst-kept secret in the industry.”)

Unfortunately for these publishers, the new digital technology gives writers options. It may be a long time — or maybe not if teachers demand change in their tenure system and justice prevails — before independently published books count for tenure-track professors. (Granted, some independently published books are intellectually and literarily crap but, don’t look now, some books published by peer-reviewed publishers aren’t much better — they just have fewer typographical errors and more footnotes. Every publisher is under pressure to fill its seasonal catalog.)

But tenure-track professors are only a portion of the stable of writers who fill every seasonal catalog. Those other writers, including adjuncts and freelance writers, have no reason to stick around and continue to self-flagellate.

Unlike tenure-track faculty members, these authors earn their living, or a significant portion of their living, through their writing. They pay the rent, raise their families, and retire (or can’t ever afford to) based on the economic value of their words, so they don’t have the luxury of giving them away in exchange for a glorified byline.

The image of university presses (based on some reality) is that the books they produce are on topics so esoteric that only a limited number of libraries will buy them because they have no commercial appeal. And so they overcharge for those books, and those libraries do indeed buy them because they are committed to buying every book on that subject no matter which university press publishes it or else they are committed to buying every book that certain publishers publish regardless of the subject.

Many books have strong commercial potential and yet are priced right out of the commercial market.

Unfortunately, many books have strong commercial potential and yet are priced right out of the commercial market because overcharging is what academic presses do. Even entrepreneurial authors with author-friendly resale clauses can scarcely help to boost sales because their books are so expensive even their parents won’t buy them, let alone others in their sales network: family; friends; visitors to their websites, blogs, and other social media sites; attendees at events they set up themselves or are invited to: conferences, bookstores, book fairs, service organizations; and many more.

The good news for publishers is that, although writers may be backing into becoming publishers of their own works, the vast majority at least of those I have met and advised over the years would much rather be writing and letting publishers take the lead in sales. This is why, even though today’s technology makes independent publishing easy, it isn’t a foregone conclusion that traditional publishing is on its way out.

But publishers have to show that they give a damn about their writers because writers are paying attention, and it’s not only for reasons of financial gain. Maintaining their own self-dignity counts also.

Publishers might begin, on the way toward overhauling their author-hostile contracts, by hiring social media experts who are prepared to teach their authors how to take advantage of Facebook, Twitter, blogs, and emerging forms of social media to sell books; and then encouraging their authors to buy books at 50% off or the best distributor’s discount, to resell, and with no loss of royalty for those books purchased at the author’s discount. Publishers need to internalize the economic reality that earning 50% of something — which is what they already earn through some deals with book distributors and which they will now receive through author sales — is better than earning 100% of nothing, which is what they earn when authors don’t sell their books. In other words, it’s free money.

The last paragraph in “Under Pressure” asks “Who might spearhead” the task of systemic overhaul. Ideas are presented revolving around finding sources that will be “the catalytic force for the greater good of university presses and their readers” — but no mention of the greater good of writers.

I propose that any successful paradigm must, at last, include writers as partners in the process, not competitors, because once they finish writing their books they are no longer merely authors; they now are — potentially — marketers, promoters, and primary, unsalaried yet eager sales staff. Any paradigm that fails to embrace this opportunity is destined, and deserves, to fail.

[Ken Wachsberger is a long-time author and editor in both the academic and the trade press as well as the independent press. He is the founder of the National Writers Union’s academic writers caucus and a long-time contract adviser for NWU’s Grievance and Contract Division specializing in teaching members how to understand and negotiate academic press contracts.]

6 Responses to Ken Wachsberger :
Academic publishing is destined to fail without a publisher-author partnership