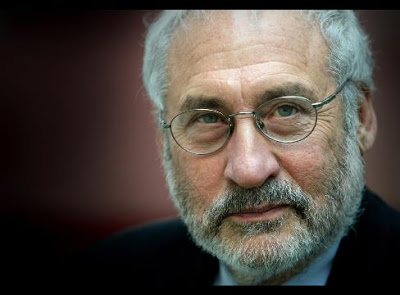 With a single-payer national health insurance program we can assure lifelong, high quality, comprehensive and affordable coverage for everyone. — Oliver Fein, M.D.

I will have more to say on the breaking developments regarding universal health care in upcoming articles; however, for the moment I would suggest that Rag Blog readers take note of the presentation by Oliver Fein, M.D., President of Physicians for A National Health Program. I will have further observations following these remarks, which were prepared for distribution at President Obama’s health care summit.

Mr. President, Physicians for a National Health Program agrees with your statement during your presidential campaign: health care should be a basic human right.

Physicians recommend an improved and expanded Medicare-for-All – that is, a single-payer national health insurance program, providing care that is publicly financed but largely privately delivered. This fundamental health reform – which enjoys solid majority support among physicians and the public – has become even more urgently needed in view of our severe economic recession.

Millions of people are losing their employer-sponsored health insurance, joining the 46 million who already lack coverage. Millions more, including those with insurance, are finding it harder to pay their co-pays and deductibles and are scrimping on their medications and doctor visits. Many go without care, risking their health and often their very lives.

Physicians find that private, for-profit health insurance companies add cost but no value to the health care system. The administrative waste associated with the private-insurance-based industry – enormous paperwork, marketing costs, and other costs that have nothing to do with delivering care – consumes 31 cents of every health care dollar.

As long as we rely on private health insurers, universal coverage will be unaffordable.

Mandates to buy private insurance are not the answer. Experience with mandate plans in Washington state (1993), Oregon (1992) and Massachusetts (1988 and today), shows they simply don’t work, achieving neither universal health care nor cost containment.

Some of these plans offer a Medicare-like, public option that people could buy into, but experience with Medicare shows that the private plans refuse to compete on a level playing field. They cherry-pick healthier patients and insist on more than their share of payment.

In contrast, single payer guarantees everyone access to comprehensive, quality health care and choice of their own doctor and hospital.

Single-payer health reform, an improved Medicare for All, is the only reform model that offers $400 billion in annual savings in administrative costs. It is the only approach that contains effective cost-containment provisions such as bulk purchasing and global budgeting.

Such economies would allow for expanding health coverage to everyone – with no co-pays or deductibles – with no overall increase in health care spending. In other words, it’s the only health reform proposal that pays for itself.

The single-payer model is the only fiscally prudent proposal available, an especially important consideration at a time of economic distress. And we know from our experience with Medicare and other single-payer systems that it will work.

With a single-payer national health insurance program we can assure lifelong, high quality, comprehensive and affordable coverage for everyone. Such a program will lift the heavy burden of crushing medical expenses off the shoulders of our population, expenses that often lead to personal bankruptcy. And we can save lives: the Institute of Medicine estimated in 2002 that more than 18,000 Americans die each year from lack of health insurance. That number is certainly higher today.

From the standpoint of what benefits our patients, single payer is the health policy model that best reflects their needs and values.

Support for single payer is extensive. In a peer-reviewed statistical study in the Annals of Internal Medicine, 59 percent of U.S. physicians said they would support government action to establish national health insurance. In a recent Associated Press poll, 65 percent of the respondents said, “The United State should adopt a universal health insurance program in which everyone is covered under a program like Medicare that is run by the government and financed by taxes.”

Single-payer health reform is embodied in the U.S. National Health Care Act, H.R. 676, sponsored by Rep. John Conyers (D-Mich.). It had 93 co-sponsors in the 110th Congress, the most of any health reform legislation

We are pleased to be here today and appreciate the implicit recognition of the majority support for single payer in our country. We hope this is the beginning of a serious dialogue on how to enact single-payer health reform and we look forward to working with you and the Congress toward this end.

The Obama Plan is surely inferior, and much more costly than that promulgated by PNHP; however, as we will see later it is a step in the right direction. The Obama plan continues to incorporate private insurance but adds a public component, for those who desire, similar to Medicare. Even this gives the Republican “opposition,” who have no plan of their own, holy fits. They fear that the citizenry will change from their private insurers to the public plan, and yet contend that our present system is the “best health care in the world,” decrying the health care in all other western nations. Yet, they fail to see the anachronism inherent in their argument.

For instance, Charles Krauthammer recently posted an editorial in the Washington Post demeaning the Canadian System, a whipping boy for all of the right wing critics. J Michael Kirkland of Toronto, Canada, responds to Krauthammer’s diatribe as follows:

It is fascinating to watch Americans debate health-care reform once again. As an American living in Canada for the past 30 years, I am always surprised by dismissive references to Canadian, British and French health-care systems. I do not recognize the Canadian system described by American critics such as Mr. Krauthammer.

To be clear: There is no waiting for imperative services here, one can have the doctor of one’s choice and costs are moderated by a stipulated fee-for-service regime.

President Obama’s proposal as described by Mr. Krauthammer – “a reformed system that retains a private health-insurance sector but offers a new government run pla” — would be a half measure made necessary by a stupefying fear of “socialized” medicine. Such a proposal may increase coverage, but it won’t address costs — which are increasingly ruinous.

In an article in process we will address health care costs and opinions for the reduction of same. It seems that the fight is joined and that the process is now underway.

Progressives Democrats of America (PDA) has at this moment sent out an e-mailing incorporating a delightful idea in support of HR 676. They request that you fax your health insurance bills or letters of denial to your members of Congress .

Another pertinent e-mailing this morning is from The California Nurses Association; Nobel Prize winning economist Joseph Stiglitz asserts: “Single Payer is the only alternative.”

It seems Dr. Stiglitz has now joined Dr. Paul Krugman , another Nobel Prize winning economist, who has been on board for HR 676 for some time.