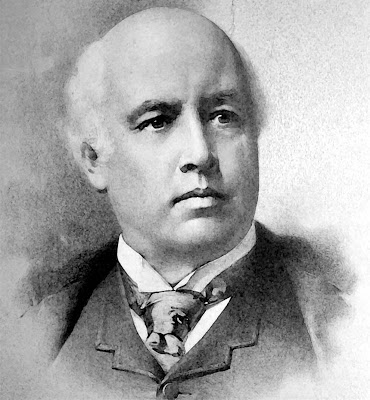 Robert Green Ingersoll is one of the least known orators of the 19th century, yet he lectured six or seven times a week from the Civil War until his death in 1899. He was vastly influential and campaigned vigorously for every Republican elected President in those years.

He has been largely forgotten by history because he was a secular humanist, dubbed “The Great Agnostic” by friends and foes alike. His father was an abolitionist Presbyterian preacher. Ingersoll fought in the Civil War and greatly admired President Abraham Lincoln.

While Ingersoll was a lawyer by profession, he earned a good income from his mostly sold-out lectures for which people were charged $7 to $14 per person in today’s money. Much of this income he gave to charitable causes. Ingersoll had a photographic memory, which made it possible for him to memorize all of his lectures. A complete set of his written works and lectures were published in 12 volumes and are now available on CD.

He became the terror of the pulpit, reviled by the clergy, slandered by the religious media, and yet the friend of presidents, and the friend of great men and women such as Thomas Edison, Andrew Carnegie, Mark Twain and Elizabeth Cady Stanton. Known as the “American Infidel,” he went on to become the first Attorney General of the State of Illinois.

And Ingersoll was a great influence on Clarence Darrow three decades before the Scopes Trial.

Ingersoll was a good friend of Walt Whitman, who considered Ingersoll the greatest orator of their time. Upon Whitman’s death in 1892, Ingersoll delivered his eulogy. It was so well-received that it was published and can be found in Phyllis Theroux’s 1977 collection, The Book of Eulogies. Whitman said of his friend Bob Ingersoll, “It should not be surprising that I am drawn to Ingersoll, for he is Leaves of Grass… He lives, embodies, the individuality, I preach. I see in Bob the noblest specimen — American-flavored — pure out of the soil, spreading, giving, demanding light.”

Secular humanists reject supernatural and authoritarian beliefs. They affirm that we must take responsibility for our own lives and the communities and world in which we live. Secular humanism emphasizes reason and scientific inquiry, individual freedom and responsibility, human values and compassion, and the need for tolerance and cooperation.

Ingersoll gave a lecture in 1897 in Boston titled “What I Want for Christmas.” Ingersoll’s views do not match everyone’s, and some of his thoughts will be abhorrent to many, but on the whole they harmonize nicely with the views of many Christians, for whom this time of year is especially meaningful:

If I had the power to produce exactly what I want for next Christmas, I would have all the kings and emperors resign and allow the people to govern themselves.

I would have them tell all their “flocks” to think for themselves, to be manly men and womanly women, and to do all in their power to increase the sum of human happiness.

I would have all the professors in colleges, all the teachers in schools of every kind, including those in Sunday schools, agree that they would teach only what they know, that they would not palm off guesses as demonstrated truths.

I would like to see all the editors of papers and magazines agree to print the truth and nothing but the truth, to avoid all slander and misrepresentation, and to let the private affairs of the people alone.

I would like to see drunkenness and prohibition both abolished.

I would like to see corporal punishment done away with in every home, in every school, in every asylum, reformatory, and prison. Cruelty hardens and degrades, kindness reforms and ennobles.

I would like to see the millionaires unite and form a trust for the public good.

I would like to see a fair division of profits between capital and labor, so that the toiler could save enough to mingle a little June with the December of his life.

I would like to see an international court established in which to settle disputes between nations, so that armies could be disbanded and the great navies allowed to rust and rot in perfect peace.

This will do for next Christmas. The following Christmas, I may want more.

It seems extraordinary to me that something written 114 years ago has such resonance for today. Whatever your lifestance, and whether or not you agree with Ingersoll, I hope you have a Merry Christmas or a Happy Holiday, and keep thinking free.