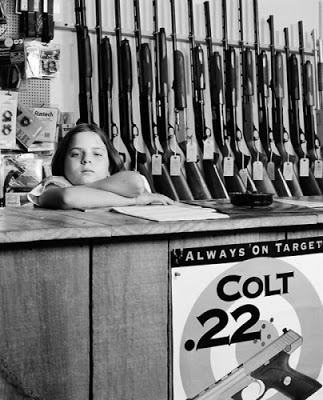 Gun regulation is an area where special interests control the Congress, preventing effective public policies that would benefit the welfare and safety of all Americans.

When Rep. Gabrielle Giffords was shot, a federal judge killed along with five others, and 15 other people wounded in a shooting spree in Tucson just over two weeks ago, I attributed the matter in part to the easy availability of guns that can spew death and destruction faster than eyes can blink.

Various public personalities have suggested banning such high-speed weapons; others have suggested going back to a law we had seven years ago that prohibited magazines that will hold as many as 33 bullets, limiting magazines to a size that can hold no more than 10 rounds.

This was effective policy. The Washington Post just reported that “The number of guns with high-capacity magazines seized by Virginia police dropped during a decade-long federal prohibition on assault weapons, but the rate has rebounded sharply since the ban was lifted in late 2004.”

Rep. Peter King wants to protect certain elected officials by making it unlawful to possess a firearm within a thousand feet of such officials — a sort of “protect Peter King and other important Americans law,” to hell with the rest of us.

Though I am not in favor of banning guns, I have wondered for years why Americans are so fascinated with guns and weapons, and why we have so many gun deaths in the U.S. I’ve not been interested in hunting for at least 40 years, but I have bought or inherited several hunting rifles, a couple of shotguns, and a World War II era Walther handgun brought back from Europe in 1945 by my father, complete with an authorization for the weapon signed by his commanding officer. If it was ever shot, the trigger was pulled by that German officer from whom it was taken nearly seven decades ago.

Over the years, I’ve hunted infrequently and done some target practice a couple of times with a shotgun. When I was about 12 years old, my uncle allowed me to shoot a double-barreled 12 ga. shotgun originally owned by my maternal grandfather. The recoil knocked me on my rear. My experiences help me understand the fascination with guns so prevalent in our culture, but those experiences do not help me understand the propensity to violence that permeates our lives and leads to the killing by guns of so many each year in the United States.

A study reported in 1998 by the Centers for Disease Control and Prevention (CDC) found that America accounted for 45% of the total gun-related deaths in the 36 countries studied. Between 1980 and 2006, the U.S. has had on average more than 32,000 gun deaths per year.

Like the CDC, the Harvard School of Public Health provides some dispassionate data on gun deaths. Looking at the relationship between gun availability and homicides in 26 developed countries, research reported in the Journal of Trauma in 2000 found that “Across developed countries, where guns are more available, there are more homicides. These results often hold even when the United States is excluded.”

Another study in the American Journal of Public Health in 2002 that looked at gun deaths in the 50 states found that “After controlling for poverty and urbanization, for every age group, people in states with many guns have elevated rates of homicide, particularly firearm homicide.”

A study reported in the journal Social Science and Medicine in 2007 found that “States with higher levels of household gun ownership had higher rates of firearm homicide and overall homicide.”

Other studies have found that children and women in states with more guns are more susceptible to “elevated rates of unintentional gun deaths, suicides and homicide, particularly firearm suicides and firearm homicides.”

One of the most prevalent beliefs in American culture is that the Wild West was a dangerous and violent place dominated by gun violence and that America’s gun obsession is the legacy of that violent frontier. Certainly, there was danger for those unaccustomed to the undeveloped wilderness, devoid of resources with which they were familiar, but death by violence on the frontier has been exaggerated by movies and television dramas.

According to historian Bruce Benson, while there was little government law and order (except near military posts), disagreements were usually resolved through both formal and informal agreements. Before embarking on the perilous journey westward, wagon trains usually negotiated their own system of social behavior, enforced within the wagon train community.

Mining camps followed similar plans for maintaining law and order and avoiding the anarchy which is the stuff of legend. Benson describes the use of hired “enforcement specialists,” which included justices of the peace and arbitrators to resolve disputes over property rights and criminal behavior in the mining camps.

Other cooperative law-and-order arrangements were designed by cattlemen’s associations and land clubs, which adopted their own constitutions to regulate claims to land before the government started regulating land ownership, as described by historians Terry Anderson and P. J. Hill.

Whatever the historical cause of gun violence, the reality is that we are faced with excessive gun deaths in the United States, at least as compared with the rest of the world.

Those who study public policy have noticed that with regard to other social issues, such as reducing the harm from motor vehicles, tobacco use, and alcohol use, more positive results are obtained by modifying both the product and the environment, rather than focusing mainly on the user.

Groups such as the National Rifle Association (NRA) focus almost exclusively on users, promoting classes on firearm safety and use, but opposing modifications to firearms, elimination of large weapon magazines, limitations on the kinds of weapons available for purchase, restrictions on the purchase of firearms, prohibitions on the kinds of ammunition that can be purchased (such as cop-killer bullets), changes in the formulation of bullets to aid law enforcement in apprehending wrong-doers, and increases of penalties for violating laws that prevent children’s access to guns.

By a 3-to-1 margin, Americans report that they do not feel safer when more people in their community acquire guns.

In spite of the common belief that concealed-carry laws reduce violent crime, no data show that such laws have had an impact on crime. Yet public policy changes aimed at reducing gun violence seldom are enacted, largely because of the powerful lobbying of the NRA and the Gun Owners of America (GOA), along with several smaller groups, which collectively spend tens of millions of dollars on lobbying each year.

Groups like the NRA and the GOA use fear, antipathy toward government, appeals to rugged individualism, notions of limitless personal choices, and similar propaganda to persuade Americans and their representatives that gun issues should not be dealt with objectively, based on rational public policy considerations, but should be decided based on emotion and the personal preferences of gun owners.

They recognize no responsibility to the society as a whole to resolve social problems in ways that benefit society, rather than the narrow interests of gun owners.

I find criticisms of the NRA by groups like the Coalition to Stop Gun Violence (CSGV) persuasive for their logic and lack of appeal to emotion. The CSGV has reproached the NRA for its “warped conception of popular sovereignty… that citizens need to arm themselves to safeguard political liberties against threats by the government.”

The CSGV finds the NRA and its members in opposition to constitutional democracy because they “believe in the right to take up arms to resist government policies they consider oppressive, even when these policies have been adopted by elected officials and subjected to review by an independent judiciary.” In short, the gun lobby favors using guns to oppose any law and order with which it disagrees.

Other than perhaps better protecting some public officials, in the present political environment it seems unlikely that anything positive will come from the killings and shootings in Tucson, and America’s obsession with guns and their use to kill others probably will continue to grow unabated.

Gun regulation is another area where special interests control the Congress, preventing effective public policies from being adopted that would benefit the welfare and safety of all Americans. Whenever special interests control public policy, the system has become corrupted. Until public officials can escape that corruption, they will not act to benefit the society as a whole.

This is why citizens must speak up to counteract the irrational, unscientific, self-serving, corrupting, and fear-inducing campaigns of the organized gun lobby. We need to hear the voices of more Americans, not fewer, so that we can work toward achieving less gun violence against all Americans.