Aslan provides embellishments that make for an interesting read but many of his assumptions, according to Biblical scholar Bart Ehrman, lack historical accuracy. 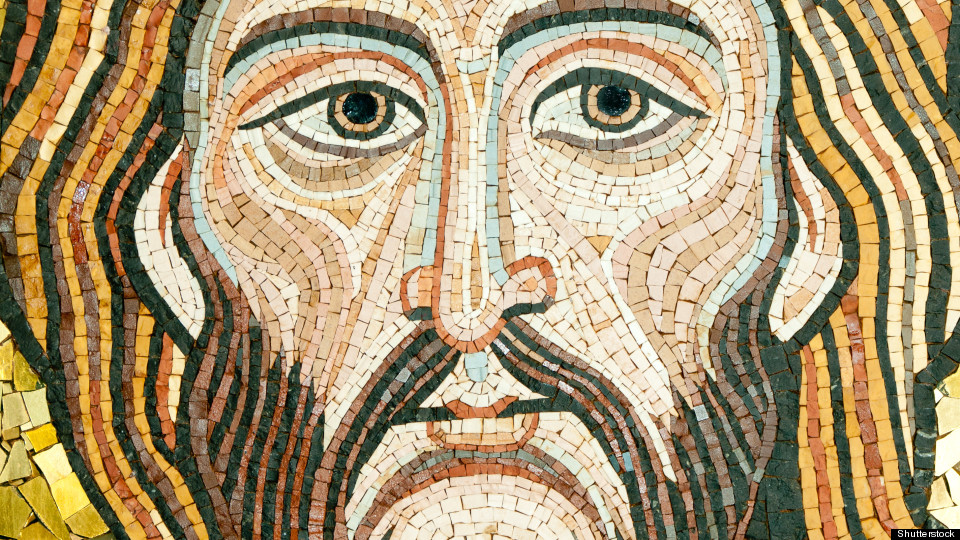 In Zealot: The Life and Times of Jesus of Nazareth, Reza Aslan portrays Jesus as a revolutionary zealot intent on overthrowing the Romans and driving them from Israel — land promised to the Jews by God. Biblical scholar Bart Ehrman analyzed the book and found numerous historical inaccuracies, some of which I described in Part 1 of this series.

But other Aslan mistakes about the New Testament accounts of Jesus provide even more evidence that Aslan simply doesn’t have the necessary background to write about the period and Jesus’s place in it.

Aslan claims that the Gospel of Mark says nothing about Jesus’s resurrection. Ehrman points to Mark 16:1-8 to refute this claim and show that the writer of Mark “both knows about the resurrection and considers it to be of utmost importance.” And Ehrman refers to Mark’s three “passion predictions” in 8:31, 9:31, and 10:33-34, where “Jesus tells his disciples that he will be killed and raised from the dead.”

In another misreading of the New Testament gospels, Aslan conflates the theological views expressed in the Gospel of John with the views expressed in Luke. He attributes to the author of Luke the idea that Jesus is the “pre-existent Son of God” (the logos).

But Luke had no such view. That view is found only in the prologue to the Gospel of John (1:1-8). Luke’s author writes that Jesus became the Son of God at the moment of his birth, a distinction that is important to biblical scholars who recognize the differences in the viewpoints of the authors of the gospels.

Aslan further erroneously claims that all the gospels agree that Jesus was baptized by John the Baptist when Jesus was about 30 years old. However, as Ehrman explains, only Luke provides an age for Jesus at the time of his baptism, and he explains the differences among the gospels on this matter:

The lack of biblical scholarship by Aslan is easily seen in his claim that the author of Mark was a “Greek-speaking Jew from the Diaspora.” Ehrman explains why this is unlikely:

Actually, there is every good reason for thinking that Mark could not have been a Jew. He misunderstands Jewish rituals of cleansing and purity, and assigns to “all Jews” a view of hand washing attested only among Pharisees (7:3), a mistake that is virtually inexplicable if Mark himself were raised in the Jewish tradition.

Further, nearly all New Testament scholars agree that the author of Luke was a non-Jew — a gentile.

Some more minor discrepancies found in Aslan’s narrative include his mistaken belief that the book of Acts provides that “there are only twelve apostles” and that Luke does not refer “to Paul as an apostle.” Ehrman points to Acts 14:14: “When the apostles Barnabas and Paul heard of it, they tore their clothes and rushed out into the crowd….” And Aslan’s claim that Paul only once quotes Jesus (in 1 Corinthians 11:22-24), is easily refuted by reference to 1 Corinthians 7:10 and 9:14.

These matters are important to Ehrman because Aslan claims, “either explicitly or implicitly,” that he is an authority on the New Testament, yet he makes “basic mistakes on the very sources that stand at the center of [his] investigation.” Aslan claimed in an interview on Fox News that he is an expert qualified to write on his chosen subject. Both his historical mistakes and errors about the New Testament demonstrate to Ehrman that “he is not an expert — in the ancient world, in the New Testament, in the Gospels, or in the historical Jesus.”

But Ehrman doesn’t dwell on Aslan’s historical and biblical mistakes. He takes aim at Aslan’s basic thesis “that Jesus is best understood as a political revolutionary intent on the military overthrow of Rome — or at least the expulsion of Rome from the Promised Land and the establishment of a sovereign state of Israel, all to be done by force.”

Ehrman explains that this thesis is not new. It was the subject of writings by a German theological scholar that were published from 1774-78. And Ehrman writes that he has no personal or political reasons to reject the thesis. If Jesus were an insurgent, that would be fine with Ehrman, but it is not the way he and most other New Testament scholars understand the historical Jesus.

There are, according to Ehrman, circumstances that might lead a casual reader of the New Testament to think that Jesus was a revolutionary: Mark says that Jesus’ followers had swords drawn when Jesus was arrested; Simon the Zealot was a follower of Jesus; Jesus predicted the violent overthrow of the Temple and engaged in violent acts toward the “Temple cult”; and Jesus was “arrested, tried, and executed as a political insurgent.”

Aslan tries to portray the gospel accounts of Jesus’s triumphal entry into Jerusalem on a donkey, hailed by throngs of people (“flanked by a frenzied multitude”) as the arrival of, in Aslan’s summary, “the long-awaited messiah — the true King of the Jews — . . . come to free Israel from its bondage.”

But this view, according to Ehrman’s New Testament scholarship, lacks historical accuracy for one main reason: Roman soldiers always occupied Jerusalem during Passover “to quell any possible nationalistic fervor that could lead to trouble.” For Ehrman, it is implausible that multitudes shouting in joy for the arrival of their new King would not be dealt with quickly by the Roman soldiers.

Part of Aslan’s exaggeration is found in Mark, and others are embellishments from Aslan’s imagination.

Part of Aslan’s exaggeration is found in Mark, and others are embellishments from Aslan’s imagination. Ehrman calls into question the ability of one man to overturn the moneychangers’ tables, drive out those selling sacrificial animals, and shut down the entire Temple cult. The size of the Temple was enormous — “25 American football fields” could fit inside the Temple walls, according to Ehrman.

Aslan provides embellishments that make his book an interesting read, referencing the selling of cheap food and souvenirs inside the Temple walls, for instance. And Aslan wants the reader to accept as true that the Roman soldiers would have considered Jesus’ actions in the Temple to be “a capital offense: sedition, punishable by crucifixion.”

But there is no historical evidence to support the view that Roman soldiers cared about an internal religious dispute, though there is a glimmer of evidence for some of Aslan’s assertions, as Ehrman explains:

I should stress that I think something did happen in the Temple when Jesus arrived in Jerusalem. But it was not this made-for-Hollywood production. It was very small time and at the time insignificant, a barely noticeable event that was full of symbolic importance for Jesus and his followers, but only a minor irritation to anyone who cared about the orderly functioning of the Temple and its cult.

For Aslan, the real concern of Jesus was that the land of Israel be returned to the Jews as promised by God. He even construes the famous dictum about rendering unto Caesar what is Caesar’s and to God what is God’s as a reference to the supposed land of Israel. But Ehrman’s careful deconstruction of the Greek words used in the gospels about this matter refutes such an interpretation. His view of Jesus is stated succinctly in this passage of his critique:

[T]he view of Jesus that has dominated scholarship since the classic of Albert Schweitzer in 1906, The Quest of the Historical Jesus… is that Jesus is best understood to have been — as were many of his contemporaries — a Jewish apocalypticist, one who believed that God was soon to intervene in history in a spectacular and cosmic way to overthrow the forces of evil in a supernatural show of power, and bring in a good kingdom on earth in which there would be no more injustice and oppression and poverty, no more pain, misery, or suffering. This would not happen through political revolt but through a divine display of cosmic power. And it would all happen soon — within Jesus’ own generation.

The earliest sources record Jesus as propounding an apocalyptic message. These are not just hints and traces of a perspective found in one source or another. They are well attested in early sources. All of them.

The earliest sources, Mark and Q, contain the strongest apocalyptic messages. The later-written gospels begin to tone down that message as it became obvious that the Kingdom of God had not happened during the lives of any of the apostles. By the time John, the last gospel, is written the emphasis had morphed into “faith in Jesus who gives eternal life in the present.”

This is what Ehrman refers to as the ‘de-apocalypticizing’ of the message of Jesus.

This is what Ehrman refers to as the “de-apocalypticizing” of the message of Jesus. Other writings not accepted as part of the New Testament canon (which came together about 350 years after Jesus lived) also suggest this gradual move away from understanding Jesus as an apocalyptic preacher.

Ehrman has more to say on this topic, but I have become well satisfied that while Aslan’s book makes for an entertaining read, it is not historically or biblically well-informed.

Subscribers to Bart Ehrman’s blog can read all of his analysis of Aslan’s book and learn more about New Testament history and the history of Christianity.

Ehrman has just published a new book — How Jesus Became God — related to his view of Jesus, his ministry, and how Jesus was understood after his death. It was released March 25. Ehrman has provided this description of the new book:

How did we get from a Jewish apocalyptic preacher — who ended up on the wrong side of the law and was crucified for his efforts — to the Creator of all things and All-powerful Lord? How did Jesus become God?… That’s the question I address in my book, and I think it’s an inordinately important one, not just for Christians who personally believe that Jesus really is God, but for all of us, whether believers or non-believers, Christians, Jews, Muslims, Buddhists, agnostics, atheists: all of us who are interested (as well we ought to be) in the history of Western Civilization. It is not hard to make the argument that if Jesus had never been declared God, our form of civilization would have been unalterably and indescribably different.

I look forward to reading it.

For a different perspective, see Paul Buhle’s “Reza Aslan’s ‘Zealot: The Life and Times of Jesus of Nazareth.” on The Rag Blog.