Lamar W. Hankins : Fighting Back Against Groups That Intimidate 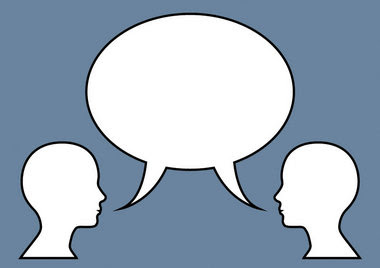 Transforming the discussion. Image from pennlive.com.
Voice of Choice:
Fighting back against bullies, stalkers,
and those who would intimidate

Maybe it is time to empower local citizens overwhelmed by moneyed interests and influential groups to find ways to ‘speak back’ effectively.

“Voice of Choice” offers an effective way to counteract those who would deny us liberty. Its approach was born out of the experiences of those trying to secure their right to a safe and legal abortion. But its approach will work for anyone who is bullied, intimidated, stalked, threatened, ridiculed, disregarded, and harassed as they try to secure for themselves and others their rights under the laws and Constitution.

Last fall, when anti-abortion activists started picketing the middle school attended by the 11-year old daughter of a man who rented clinic space near Washington, DC, to a physician who performs abortions, the landlord decided not to put up with the harassment. There were anti-abortion demonstrations, all legal, with signs proclaiming, “Please STOP the Child Killing,” and posters showing aborted fetuses.

Some of the same demonstrators had been picketing the clinic for nine months before they turned their attention to this young girl in an effort to intimidate her father into getting rid of the doctor’s Reproductive Health Services Clinic. A website posted the picture, name, address, and phone number of the landlord, Todd Stave.

These are well-known tactics of those who would deny women their lawful rights to control their own health care and reproductive choices. Sometimes, the tactics have been even more confrontational.

Demonstrators shout at women who show up at clinics; confront them on the sidewalks imploring them not to kill innocent babies; pray loudly for them to change their minds; force them to run a gauntlet of screaming demonstrators to enter clinics; follow them to their cars; follow them home trying to make personal contact with them; picket the abortion providers (doctors as well as clinic staff); post their pictures, addresses, and telephone numbers in prominent locations; and take any action to hold these people, patients as well as clinic workers, up to ridicule and intimidation.

This particular demonstration at a middle school was organized by a group called Defend Life. It was done in conjunction with a larger effort of the Maryland Coalition of Life that focused on the clinic’s landlord. The intimidation included sending over 100 emails and making 25 or more phone calls to the landlord. To counteract the harassment, the landlord asked for help from volunteers to oppose these anti-abortion activists tactics.

In response to the call for help, hundreds of people in the community of Germantown, MD, reached out “peacefully and individually to each of the protesters” according to Stave. When the volunteers described the protesters’ behavior to them from their perspectives, many protesters came to see that their actions could be fairly described as “thoughtless, mob-mentality accusations and aspersions.”

These experiences led Stave to create Voice of Choice, which describes its views and intentions:

For too long, the abortion discussion has been dominated by angry, nasty protests fueled by individuals and organizations that thrive on sensationalism and extremism. Now it is our turn.

“Voice of Choice” was established as a calm, measured response to anti-abortion activists who engage in misguided, raging protest tactics that are often ill-informed and only serve to victimize women, pro-choice professionals, law-abiding businesses and unaligned bystanders.

We use email, telephone and social media in peaceful, person-to-person counter-protests against groups that target abortion facilities, providers and patients, as well as their families and communities. We don’t question anyone’s right to express opinions and ideals; we challenge their bullying tactics and their contempt.

Voice of Choice volunteers used Facebook and Twitter, as well as phone calls, letters, and email to explain their concerns to the antiabortion demonstrators. Within a few weeks of trying this new tactic against the anti-abortion demonstrators, as many as 5,000 people contacted Stave offering to help.

The response of the anti-abortion demonstrators contacted has been overwhelmingly positive. Many of the demonstrators had not thought about or understood the debilitating and frightening effects of targeting an 11-year old girl for the actions of her father.

Stave asks that his volunteers not argue with the demonstrators, be polite, explain the problem of harassing others for exercising their constitutional rights, and respect the right of the demonstrators to engage in their own protests against abortion.

Such approaches are worth trying against other instances of both legal and illegal protests and actions, such as religious intimidation, bullying gays and lesbians, and government promotion of religion. Locally, websites could be established or Facebook sites could be used to ask for volunteers to help oppose instances of bullying, intimidation, insensitivity, over-reaching, and harassment.

If offenders are approached respectfully, such contacts could lead to a greater understanding of the concerns of varying views on many public issues.

In fact, implementing this idea using readily-available internet resources could be effective on many local political issues. While only a few people attend city council, commissioners courts, and legislative hearings, using targeted electronic and personal communications locally that identify supporters of a proposition could generate many contacts with elected officials and those pushing them to act on many public issues.

Usually, such officials succumb to organized efforts by a few people to promote practices and regulations that are offensive to many of their constituents and sometimes unconstitutional.

Nationally, efforts to get people to sign petitions and occasionally send emails or call national officials are old hat to internet denizens. But using Voice of Choice’s approaches locally could transform discussions and positions on public issues in our community, or at least lead to greater understanding of these issues among the populace, and hopefully help some local officials see the insensitivity and unfairness inherent in some of their decisions.

The effectiveness of such an approach depends on volunteer activists being polite, not arguing, explaining clearly the purpose of their contact, listening to the others’ viewpoint, and being civil. Maybe it is time to empower local citizens overwhelmed by moneyed interests and influential groups to find ways to “speak back” effectively.

1 Response to Lamar W. Hankins : Fighting Back Against Groups That Intimidate