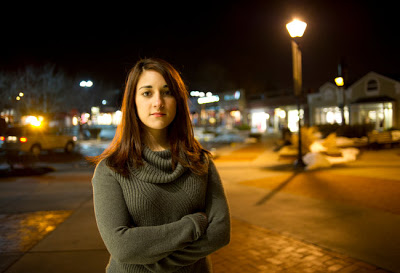 For those who don’t remember their grade school history lessons, during the 1600s, the Puritans were persecuted in England for trying to purify the Church of England according to their standards. King Charles I didn’t agree with the dissidents and 20,000 of them headed to the New World to found the Massachusetts Bay Colony to create an example for all. As John Winthrop, one of the colony’s governors, explained, echoing the words of Jesus in his Sermon on the Mount: “We must consider that we shall be as a city upon a hill. The eyes of all people are upon us.”

The problem with that “city upon a hill” was that the people would not tolerate other religions. They believed in freedom of religion only for themselves. The Pequot Indians were seen as heathens, so it was no big deal to massacre 600 of them in 1637, including burning alive many of them. The Puritans’ Rev. John Cotton believed it wrong to practice any religion other than Puritanism. To do so would be helping the devil. The only tolerance Cotton was interested in he defined as “the liberty … to tell lies in the name of the Lord.” I guess he wanted God and his fellow citizens to tolerate his lies.

But the Puritan minister Roger Williams had other ideas. He said, “Forced worship stinks in God’s nostrils.” He was against churches taking money from the government, forcibly taking Indians’ land, being intolerant of the religious views of others, and using the power of the government to compel obeisance to a particular religion: “[It is] against the testimony of Christ Jesus for the civil state to impose upon the souls of the people a religion . . . . Jesus never called for the sword of steel to help the sword of spirit.”

Of course, most Puritans couldn’t tolerate such views. Williams was banished and fled to what became Rhode Island to found a refuge for people of all religions and of none. So, long before anyone declared irony dead, we have in our own history a quintessential bit of double irony – a persecuted religious group flees its country to set up shop, where the group proceeds to persecute others for their religious beliefs, forcing one of their own flock to flee, seeking actual religious freedom elsewhere.

Now, we have another irony arising from Rhode Island, once the land of religious tolerance. A 16-year old girl, Jessica Ahlquist, represented by attorneys from the ACLU of Rhode Island, sued the Cranston High School in Cranston, Rhode Island, for continually displaying an 8-foot tall prayer banner in the school’s gymnasium. A federal judge held against the school in January and the school board decided a few days ago not to appeal.

Perhaps they were visited by the ghost of Roger Williams, who explained the state’s history to them. Because the question of prayer in public schools has been settled law for nearly 50 years, the school board made a wise decision. An appeal would have been a waste of taxpayer money with costs estimated by the school’s attorney at $500,000. As it is, the school may have to pay $173,000 in court costs and legal fees to Ahlquist’s attorneys for the initial litigation.

Though Ahlquist is only 16, she has an engaging intellect. Asked how she felt about those who disagree with her, she responded, “It’s almost like making a child get a shot even though they don’t want to. It’s for their own good. I feel like they might see it as a very negative thing right now, but I’m defending their Constitution, too.” The federal judge noted in his decision that Ahlquist “is clearly an articulate and courageous young woman, who took a brave stand, particularly in light of the hostile response she has received from her community.”

The judge appeared to have no doubts about the correctness of Ahlquist’s legal position, and ended his opinion with some historical observations:

Over the many years of its history, the Supreme Court has turned to the words of the Founding Fathers and the framers of the Constitution to support varying interpretations of the Establishment Clause. Many chapters have been devoted to Thomas Jefferson, James Madison, George Washington and even Abraham Lincoln, and what their expectations were for the public religious practices of this nation. This Court has tried to resist the temptation of injecting lofty rhetoric into this opinion, but nonetheless was moved by the words, as quoted in Schempp [the 1963 U.S. Supreme Court decision that declared school-sponsored Bible reading unconstitutional], of Roger Williams, the founder of our state, who left the Massachusetts Bay Colony in pursuit of religious liberty:

There goes many a ship to sea, with many hundred souls in one ship, whose weal and woe is common, and is a true picture of a commonwealth, or human combination, or society. It hath fallen out sometimes, that both Papists and Protestants, Jews and Turks, may be embarked on one ship; upon which supposal, I affirm that all the liberty of conscience I ever pleaded for, turns upon these two hinges, that none of the Papists, Protestants, Jews, or Turks be forced to come to the ship’s prayers or worship, nor compelled from their own particular prayers or worship, if they practice any.

In addition to unconstitutional discrimination by the school, Ahlquist has been subjected to the most extreme vituperation by adults and fellow students alike. She has been called crude and offensive names for standing up for the constitutional rights guaranteed to all. She has been ridiculed and threatened to the point that extra security has been required to protect her during the school day.

Even her own Congressman, Rep. Peter Palumbo, D-R.I., called the 16-year old an “evil little thing” in an interview on an East Providence, Rhode Island radio show. And Palumbo’s castigation of the teenager continued as he referred to her as a pawn, saying “I think she is being coerced by evil people… she’s being trained to do this.”

Ahlquist’s case has been followed closely by the Freedom From Religion Foundation (FFRF), whose Co-Presidents Dan Barker and Annie Laurie Gaylor called Palumbo’s attack “vicious, unwarranted, and irresponsible.” They wrote in a letter to Palumbo,

If anything is “evil” it is your inflammatory words contributing to a situation in which an entire community, if not state, appears to be arrayed against one young, brave and diminutive teenager. Your reckless and unprofessional words as an elected state official endanger Jessica’s standing and her security in the community.

I don’t know that all the invective and threats directed at Ahlquist have been perpetrated by Christians, but it is hard to imagine the members of any other group who would be so outraged by Ahlquist’s actions. To their credit, members of several religious groups appealed for “tolerance and civility” in responding to the court decision.

More than a dozen Rhode Island religious leaders spoke about the importance of people of all faiths, as well as non-believers, being able to live free from coercion. Rabbi Peter Stein of Cranston’s Temple Sinai and president of the Board of Rabbis said, “This is not about agreement or disagreement. This is about how we treat one another. The personal attacks must stop.”

The clergy members included the Rev. William Zelazny of the Ballou Channing District Unitarian Universalist congregation; Imam Farid Ansari of the Muslim American Dawah Center; the Rev. Israel Mercedes of the Providence Bible Institute; and the Rev. Betsy Garland of the Rhode Island Council of Churches.

Now, a complaint has been filed against several floral shops with the State of Rhode Island Commission for Human Rights for their refusal to deliver flowers to Ahlquist sent by the FFRF. The complaint alleges “illegal discrimination based on religion” against the florists. Under Rhode Island law it is unlawful for a place of public accommodation to deny services “on account of religion.”

Altogether four florists refused to deliver flowers to Ahlquist. The FFRF found a florist in Putnam, Connecticut, who would fill the order. To date, that florist has delivered over two dozen orders to Ahlquist and to other organizations in the Cranston area in honor of Ahlquist.

It is unfortunate that some Christians believe their own rectitude gives them the right to foist their religious beliefs on others, treat those with different beliefs with contempt, discriminate against others based on religious belief, and compel the government to promote their version of religious truth. But this is the case throughout the country, not just among the historically confused residents of Rhode Island, but here in Texas as well.

One of my religious correspondents has communicated with me about prayer sponsored by the government at official meetings, writing that “I want prayer at the meetings… Christian prayer… Wiccan prayer, I believe, would bring a spiritual curse on this city… [T]his government was founded by Christians for Christians. It was not for religious tolerance of all religions… I actually believe this nation should be Christian and only Christian.”

There you have it — an example of our modern-day Puritans. This kind of Christian will be happy only when we are all her kind of Christian. As long as we have this kind of religious intolerance, and the kind displayed in Rhode Island toward a 16-year old girl, this society will never achieve the vision of this country articulated by Ronald Reagan, who was evidently inspired by John Winthrop’s words (though not his actions) when he referred to his hope that America would become “a shining city (on a hill… teeming with people of all kinds living in harmony and peace…”