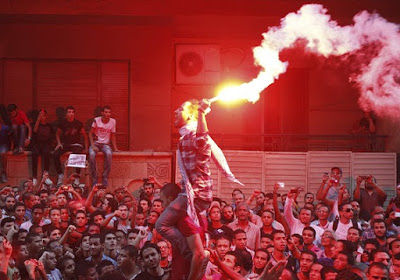 A society where great umbrage is taken by large numbers of people to criticism of a particular religion and that umbrage leads to violence is not a free society.

The killing of a U.S. ambassador in Libya by armed men has become political fodder for Mitt Romney to attack President Obama in an attempt to blame the President for the actions of Islamist reactionaries, perhaps terrorists. All the facts haven’t been sorted out and may never be. What we do know is that religious-based violence and intolerance is nothing new, whether in this country or elsewhere.

I was uncomfortable with Sam Harris’s book The End of Faith when it was released eight years ago. I spoke out against his using so-called holy books, the Koran and the Bible, to define Judaism, Islam, and Christianity. Few people follow literally all of the precepts, examples, and teachings found in either book. But Harris used the words of the books to paint those religions as both absurd and dangerous.

I certainly agree that some of the adherents of all three of those religions are dangerous, and I find their supernatural beliefs beyond reason, but that is no cause to paint them all with the same brush, as Harris does.

We know that there are many variations of belief among Muslims and among Christians. The World Christian Encyclopedia reports that there are 34,000 separate Christian groups around the globe. There may be as many variations among Muslims, as well. Many such variations arise from disagreements about the meaning of portions of the holy books, from personality differences among adherents, from cultural preferences, and for a multitude of other reasons.

It is not possible to judge the beliefs of any religion by merely reading its holy book, but it is easier to ridicule various religions or condemn them for their beliefs by using their traditional stories, as well as their religious practices, to explain what is wrong with them.

For instance, I’ve never known a Jew or a Christian who was willing to sacrifice his first-born son because of the story about Abraham’s apparent willingness to do so in obedience to a command by God. My view is that any God that would require me to take such an act is not one I could respect or follow.

Extremists will use that story to support absolute adherence to what they think or claim God wants them to do. That is one way some people justify the killing of abortion doctors by some Christian extremists. And portions of the Koran are used by Muslim extremists to justify stonings and murders and terrorism.

The apparent cause of the most recent violence toward the personnel working in the American embassy in Libya is a video clip found on YouTube from a film that purports to tell the truth about Islam and its prophet Muhammed. I watched a few minutes of the video before its absurd, ridiculous, amateur production made me realize what a waste of time it would be to watch the whole 14 minutes.

Apparently, some Islamist extremists took a different view. Outraged, they vented their fury by committing acts of violence against people who had nothing whatever to do with the video, except that they represented the U.S., the country where the video apparently originated, supported by Christian extremists.

The video did not cause the violence. A decision by a group of armed extremists caused the violence. All of us may become outraged occasionally, but if that outrage leads to violent acts, that is the responsibility of those who commit the violence.

It is just as likely, however, that the video was just a convenient excuse for some extremists to engage in violence for their political purposes, completely unrelated to the video. One thing we know for sure: religious liberty is not an ideal prized by all people around the world.

Religious liberty is, however, a fundamental principle of American life. I am not a religious moderate, as Sam Harris likes to call people who accept religious pluralism. I am non-religious, which is a life-stance that is supported by the same precept of religious liberty that supports Jews, Christians in all of their manifestations, Muslims in all their variations, Hindus, Janes, Taoists, Sikhs, Wiccans, and all of the other 19, 20, 21 or 270 identified faith groups, depending on how they are classified.

Worldwide, out of a population of about 7 billion, around 1 billion people follow no religion. In the U.S., I am one of about 50 million non-believers. Since I am in the minority, I am interested in better understanding what other people believe even though I haven’t found their beliefs appealing or convincing so far.

Because religious liberty is such a fundamental value in my life, I don’t try to talk people out of their religious beliefs no matter how I may view those beliefs. This doesn’t mean that I am unwilling to discuss religion. Quite the contrary. Over the past 10 years, I have read and discussed with others as many books about religion as about politics.

This study and the importance of religious liberty in the founding of our nation — a political decision made by our forebears — has led me to want to find ways to mix religion and politics effectively and respectfully.

Recently, the public interest group People for the American Way issued its third edition of a pamphlet, “12 Rules for Mixing Religion and Politics.” It provides a direction that can be useful to the nation and to the world in securing religious liberty for us all.

Author Salman Rushdie expressed his views about mixing religion and politics in an interview with Bill Moyers in 2006 (as quoted in Moyers’ introduction to the “12 Rules”):

Citizens of a free society do not preserve their freedom by pussyfooting around their fellow citizens’ opinions, even their most cherished beliefs. In free societies you must have the free play of ideas, there must be an argument, and it must be impassioned and untrammeled. Free societies are dynamic, noisy, turbulent, and full of radical disagreement. You can’t cry foul when your ideas are challenged, even when you assert your ideas of God.

Rushdie knows something about this topic. Many will remember that in 1989 Iranian leader Ayatollah Ruhollah Khomeini demanded Rushdie’s execution because of the way he portrayed the prophet Mohammed in his novel The Satanic Verses.

Khomeini’s fatwa against Rushdie demonstrates the same extremist impulse that has given rise to countless acts of terrorism by Islamic extremists throughout the world, though I recognize that religious grievances are not the impulse for much of the terrorism. Instead, the interpretation of the Koran by Islamic terrorists is used to justify much of the terrorism instigated for political reasons, sometimes intertwined with religious purposes.

The section of the “12 Rules” about the discussion of religion in the political arena presents several rules that are relevant to much of the religious extremism that manifests itself in violence:

Political figures and the media should not treat religious constituencies as monolithic; political and religious leaders should not claim to speak for an entire religious community on public policy issues.

Religious and political leaders should not “cry wolf” about religious persecution.

This latter rule involves the hyper-sensitivity to criticism of many religions, especially that manifested by Muslim extremists. A society where great umbrage is taken by large numbers of people to criticism of a particular religion and that umbrage leads to violence is not a free society.

Libya, for instance was under despotic rule for decades. It appears to be in the midst of a religious-driven civil war that will not lead to a free society. The attack on the American embassy seems to have been caused more by Libya’s internal conflicts than by the disrespect shown to Islam and its Prophet promoted by some Christian crackpots in America or by people of other religions who have their own religious and political agendas.

The people who commit unjustified violence for either religious or political reasons should be held accountable. Wherever such violence is a real threat, the U.S. is entitled to protect its citizens. Of equal importance is the need to have a discussion and debate in this country about America’s role in the world. Since World War II, we have not done a good job in the world by using our military dominance to bend the world to our will.

We failed in Korea, Vietnam, Iraq, Afghanistan, and the Middle East at large. The closest we came to a successful conclusion was the limited war directed by George H. W. Bush to push Iraq out of Kuwait.

Maybe there is a lesson there. Maybe U.S. military power will work if used for limited and clear objectives. It has not been effective when used in wars waged with constantly-changing objectives, or launched for bogus motives.

If we apply our own stated values to the rest of the world’s people, we should never again send our troops to mold the world — or a part of it — into our vision of progress or stability, especially when our purpose is often to control natural and economic resources, not to protect human rights.

It is time to stop assuming American exceptionalism, and start dealing with the world with respect for everyone’s rights. This is especially so if you consider them God-given rights.