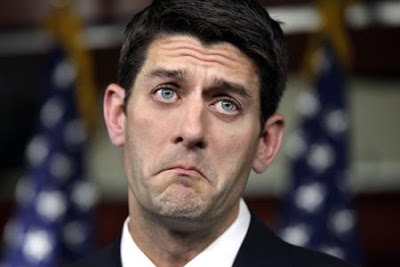 “The GOP has become an insurgent outlier in American politics. It is ideologically extreme; scornful of compromise; unmoved by conventional understanding of facts, evidence and science; and dismissive of the legitimacy of its political opposition.” — Thomas E. Mann and Norman J. Ornstein, The Washington Post

It would be hard to pick the most “ideologically extreme” Republican today, but one of the top five would surely be John Raese, a Republican candidate for the U.S. Senate in West Virginia. Raese thinks that a requirement to place a sign on his building that declares it a smoke-free environment is an atrocity.

That’s a fine sentiment, but you may be shocked at what he believes is the sign’s equivalent: “Remember Hitler used to put Star of David on everybody’s lapel, remember that? Same thing.” Not only is Raese’s statement historically inaccurate, but the building sign is not an equivalency to a precursor of Nazi genocide against Jews, gypsies, and homosexuals. Raese’s mind is clearly going to waste.

Both of Texas’ Republican senators dislike provisions of the bill that would allow tribal courts to adjudicate domestic violence cases that occur on reservations and involve non-Indian suspects. Further, they oppose a provision that would allow more temporary visas to be issued for undocumented immigrant victims of domestic violence. And they don’t want the Violence Against Women Act to be expanded to protect gay, bisexual, or transgender victims of domestic abuse.

While good arguments against these provisions may exist, the two senators from Texas didn’t make them. Although a few Republican senators did vote in favor of the Senate version of the bill, there is little chance that there will be bipartisan support for the bill in the House.

It is increasingly difficult to believe that the Republican Party is the party of “law and order,” as it used to tout itself. Even law and order is too mundane for today’s Republican extremists.

The powerful Republican Chairman of the House Budget Committee, Paul Ryan, decided that he had a winning argument in support of his budget proposal by claiming that it was based on his Catholic heritage: “Our budget offers a better path, consistent with the timeless principles of our nation’s founding and, frankly, consistent with how I understand my Catholic faith.” 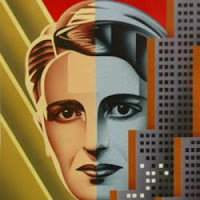 He spoke about this recently at the Catholic-run Georgetown University, where almost 90 faculty members and administrators challenged Ryan’s view of Catholic doctrine.

In a press release, Father Thomas Reese, a fellow at the Woodstock Theological Center at Georgetown, is quoted as saying, “I am afraid that Chairman Ryan’s budget reflects the values of his favorite philosopher Ayn Rand rather than the gospel of Jesus Christ. Survival of the fittest may be okay for Social Darwinists but not for followers of the gospel of compassion and love.”

Ryan tried to distance himself from Ayn Rand, claiming his embracing her was a youthful obsession. Yet, it’s hard to forget his earlier pronouncements about Rand:

Ryan’s budget pronouncements have been opposed not only by Catholics at Georgetown, but by the U.S. Conference of Catholic Bishops and many groups of nuns and Catholic lay workers who have given their lives to helping people most vulnerable to Ryan’s budget cuts — those who use Catholic-run soup kitchens, homeless shelters, and other social service charities.

Ryan’s budget follows the welfare reforms supported by the neoliberal ideas of President Bill Clinton and warmly embraced by almost all Republicans, as well as most Democrats, in the mid-1990s. Those reforms led to greater child poverty rates, but Ryan insists, against the evidence, that the so-called reforms brought down poverty rates.

Such claims, made against verified, non-partisan data, are characteristic of the failure to think logically, and honestly. During the first decade of this century, child poverty rates in the U.S. rose from about 17% to about 22%. This rise occurred after the mid-90s’ welfare reforms took hold — evidence that welfare reform contributed to, not reduced, child poverty.

Ryan’s budget continues the earlier welfare reforms and makes them worse by scaling back food stamps and drastically reducing Medicaid, the primary health care program for the poor. It seems fair to say that Ryan’s Republican mind is as dishonest and wasted as they come.

Another wasted Republican mind is that embodied in Senator Marco Rubio, the up and coming Republican senator from Florida. He is trying to find a way to convince other Republicans that he can put together a DREAM (Development, Relief, and Education for Alien Minors) Act that will satisfy modern Republican goals and still appear to be significant reform.

The original DREAM Act was intended to reform immigration law by providing a path to citizenship and was a Republican idea, first introduced by Republican Senator Orin Hatch of Utah 11 years ago, along with Sen. Dick Durbin (D-IL). Now, Rubio is working on a plan that will create permanent second-class citizens of immigrants to whom it will apply by denying them a path to citizenship, but allowing them to live and work in the U.S. He has yet to explain the details.

The original DREAM Act was from the Republicans of old, who were willing to work with Democrats to make government work for the people. Today’s Republicans mostly like to castigate immigrants who came to this country without an approved, legal status, no matter why they came here.

These Republicans don’t care that a high percentage of these immigrants are children and had no choice but to follow their parents, as children everywhere usually do. After a short while, such children become Americans culturally, if not legally.

Today’s Republicans are focused more on border security than they are on helping mostly Latino immigrants live here legally by allowing them to prove their value to this society before being granted a path to citizenship.

But even today’s Republicans make exceptions. If you are Cuban and can manage to set foot on American soil, you can stay here in most cases without worrying about being snatched away by ICE (Immigration and Customs Enforcement), an apt acronym for the cold-hearted politicians who would deny to other Latinos what they willingly give to Cubans.

And then there is Republican Representative Virginia Foxx of North Carolina, the chair of the House Subcommittee for Higher Education, who believes that today’s students should be able to do what she did 40 years ago and work their way through college without any help with loans. Never mind that tuition and fees (adjusted for inflation) are three to eight times what they were four decades ago.

Mitt Romney suggests that students just borrow the money needed for college from their parents. Either his mind is wasted or he is out of touch with the fact that few parents have his resources. Neither of these representative Republicans has sympathy for or understanding of the financial needs of today’s students. Doesn’t Romney know that most parents, if they had the money, would pay for their children’s education themselves? They’d give them the money, not lend it to them.

In spite of House Speaker John Boehner’s recent histrionic claims that the Republicans have no problem with keeping the interest rates as they are now, Foxx and most Republicans will put up as many roadblocks as possible to the proposal to keep current student loan interest rates.

It is already clear that Republicans want to reduce federal outlays for women’s health and childhood immunizations to compensate for keeping the interest rates low; Democrats want to compensate by eliminating oil and gas subsidies for some of the most profitable corporations in America — subsidies that they don’t need to stay productive. That’s a difference worth contemplating.

At a time when federal banks can borrow money at almost no interest, it is difficult to understand why student loans should double from 3.4% to to 6.8%. But it makes sense if you conclude that Republicans don’t believe in a government that works for the benefit of the public good, rather than the benefit of the 1%, and if you believe that higher education is a public good.

Until the 1970s, tuition was prohibited for higher education in California, but no one ever talks about the benefit to society of universal higher education, so instead we are debating issues like interest rates. 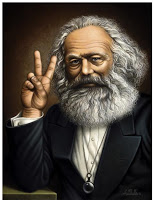 But the most wasted Republican mind of late seems to be that of Rep. Allen West of Florida. He claimed recently that there are “78 to 81” Democrats in Congress who are members of the Communist Party. The late, infamous Sen. Joe McCarthy would have been proud. If his rotten corpse could smile, we’d all be able to see his Cheshire Cat grin.

So far, however, I’ve not heard any Republican condemn this ridiculous false assertion, which is some evidence that all their minds are a wasteland.

Science writer Chris Mooney tries to explain “The Republican Brain” in his new book by that title. Mooney’s research suggests that Republicans tend to be conservative because they are authoritarian (they tend to see things in black and white, without the ambiguities and complexities that non-conservatives wrestle with), lack openness to experience, and have a high need for closure.

As it turns out, Republicans aren’t even interested in learning more about themselves — most Republicans who have critiqued it have panned Mooney’s book without even reading it. But what they really distrust is science.

Science provides a way — arguably the best way — to investigate things we can observe, to acquire new knowledge, and to correct or better understand previously acquired knowledge. Scientific knowledge can be tested repeatedly to determine its truth.

The opinions expressed in this article are not science, but they are based on observable phenomena. I don’t pretend that they are objective, but there is evidence to support my views, if the reader is willing to consider that evidence.

Republican minds were not always the wasteland they are today. I gave up on Republicans as honest brokers of the truth long before I gave up on the Democrats, which happened 20 years ago. So this is an essay on the failure of our political system to produce people who value truth. A scattering of people throughout the political spectrum value truth, but they are few.

I’ve gone easy on the Democrats this time largely because a few more of them favor the people over the corporations. While I will vote in the Republican primary again this year, it won’t be because Republicans are more wedded to the truth. I’d like to help them get over their disdain for science, but I’m not holding my breath.