There may be a silver lining to religion-based attacks on the ACA. 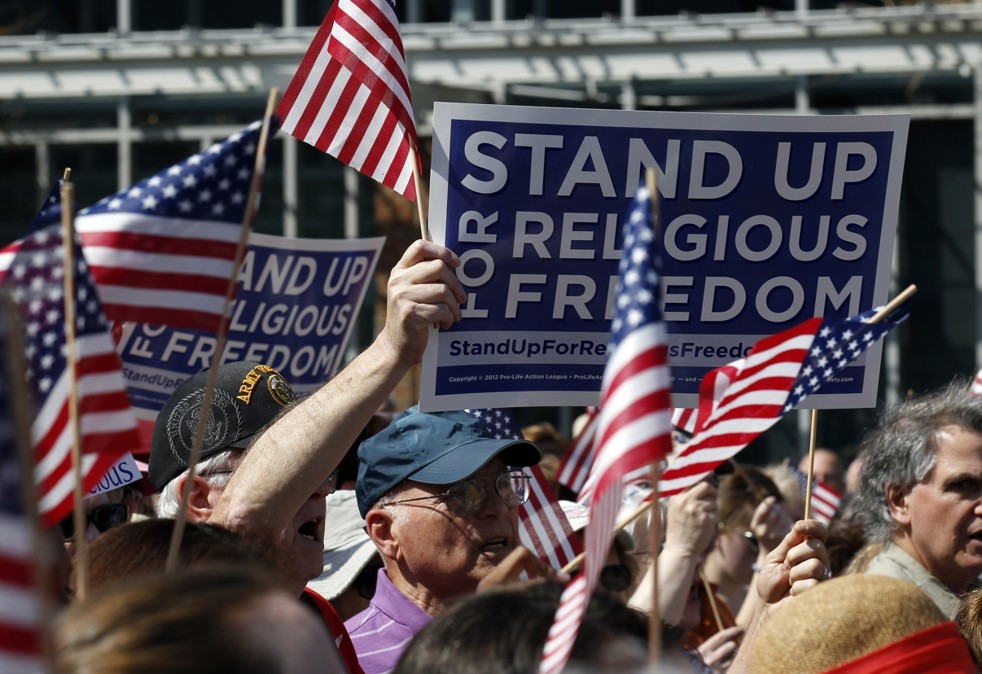 The legal cases filed against the Affordable Care Act requirements that health insurance include contraceptive coverage have opened, potentially, a Pandora’s Box.

The Catholic order of nuns — Little Sisters of the Poor — object to having to provide such health insurance to their employees at nursing homes that the religious order operates. Likewise, Hobby Lobby Stores and Conestoga Wood Specialties, and as many as 40 other businesses, have lodged similar complaints in federal courts against the ACA because the owners of those companies, like Little Sisters, have religious objections to the contraceptive requirement.

These three organizations and others like them have options that they refuse to accept because the options, in their view, also infringe their religious beliefs. For instance, the Little Sisters can avoid the contraceptive requirement if they will sign a statement that they are a nonprofit entity and have religious objections to the contraceptive coverage.

In such a case, the certification would be sent to the health insurance plan’s administrator. A separate entity would then provide the contraceptive coverage to their employees, but the Little Sisters insist that such an opt-out provision would still offend their religious beliefs because they would be participating or facilitating what they deem to be an immoral act.

In addition, the ACA allows employers with religious beliefs against providing contraceptive coverage to pay penalties for not providing the coverage, or they can drop insurance for their employees entirely and pay a different penalty. But these three businesses want the Supreme Court to exempt them from the requirements of the health insurance law, as well as the available options, because of the owners’ religious beliefs.

The businesses themselves are not a practice of religion. Even the nursing home operations are not an inherently religious operation merely because some religious people operate the facilities. Nursing homes exist in almost every community, some profit-making, some not-for-profit. But whatever their financial status, they operate by the same government rules and regulations that affect standards of care and nursing services provided to the residents of the facilities.

The government argues that an exemption from the Act’s coverage requirements would “cripple the government’s ability to solve national problems through laws of general application” like the Affordable Care Act, which applies to all businesses with 50 or more employees.

For now, the Court has extended a temporary order prohibiting the government from enforcing the contested provision of the Affordable Care Act…

For now, the Court has extended a temporary order prohibiting the government from enforcing the contested provision of the Affordable Care Act against the nuns until the Court can consider the case on its merits.

Perhaps the most interesting question arising from the religious exemption sought by the Little Sisters and other businesses operated by people with similarly strong religious convictions is the application of that idea to those who have deeply-held convictions that are not conventionally religious. In fact, many of the framers considered “freedom of religion” to be synonymous with “freedom of conscience.” James Madison in his Memorial and Remonstrance Against Religious Assessments (1785) equated religious belief and conscience this way:

The Religion then of every man must be left to the conviction and conscience of every man; and it is the right of every man to exercise it as these may dictate. This right is in its nature an unalienable right.

. . . [A] sincerely held set of moral convictions arising from belief in and relation to God, or which, though not so derived, arises from a place in the life of its possessor parallel to that filled by God among adherents to religious faiths.

The recognition of the parallel between religious belief and conscience (or moral convictions) closely follows the definition used by the Supreme Court in the 1965 conscientious objection to military service case, United States v. Seeger. The Court found that a person could qualify for exemption from military service if he held “a sincere and meaningful belief which occupies in the life of its possessor a place parallel to that filled by the God” for those who clearly qualify for an exemption based on a religious objection to war.

In a case five years later, Welsh v. United States, the Court again found that the Selective Service law “exempts from military service all those whose consciences, spurred by deeply held moral, ethical, or religious beliefs, would give them no rest or peace if they allowed themselves to become a part of an instrument of war.”

There are many other provisions in both state and federal law and administrative and court decisions that equate sincerely-held moral convictions (conscience) with religious convictions.

There are many other provisions in both state and federal law and administrative and court decisions that equate sincerely-held moral convictions (conscience) with religious convictions. The Supreme Court, using the rights of conscience argument, has struck down cases in which state laws required a compulsory flag salute or required the display of a state motto on a license plate. The late former Chief Justice William Rehnquist viewed these cases as protecting “the broader constitutional interest of natural persons in freedom of conscience.”

After Roe v. Wade, which recognized the right of women to make their own choices about carrying a fetus to term, the Supreme Court accepted religious/conscience exemptions to Roe enacted by Congress. A 1973 amendment to the Heath Programs Extension Act provided that individuals could not be required by public officials to participate in abortion or sterilization procedures if such participation would be contrary to the individuals’ religious beliefs or moral convictions.

The amendment applied to all health programs receiving federal funds. It is known as “the Church amendment,” named after its sponsor Sen. Frank Church, and it applies to organizations as well as individuals — perhaps a precursor to the Supreme Court holding that corporations have the same rights as individuals (at least in some situations).

Such “protection of conscience” or “freedom of conscience” laws and exemptions have been applied to artificial reproduction, assisted suicide, capital punishment, human experimentation, sterilization, torture, and other objectionable practices, as well as to abortion and contraception. Some laws and regulations prohibit discrimination against such conscientious-claiming employees.

Other laws require that the beliefs of an employee be accommodated when reasonably possible if it will not place an undue hardship on the employer’s business activities. A common example is to allow a Seventh Day Adventist employee to be excused from working on Saturdays, a day of religious observance for Adventists.

The Equal Employment Opportunity Commission has defined religious practice “to include moral or ethical beliefs as to what is right or wrong which are sincerely held with the strength of traditional religious views.”

Other cases have viewed whistleblowers as “employees who speak out as a matter of conscience” and deserve protection. In the last year of the George W. Bush administration, a rule was passed to protect employees by allowing defunding of health services if the employer fails to accommodate an employee with a conscientious objection to participating in providing certain medical services.

Without question, concerns with rights of conscience in the U.S. have a history that starts with the founding and has grown over the last two and one-third centuries. But there are limitations on the concept of “freedom of conscience” that suggest that this value will not apply in all situations.

For instance, people who believe in faith healing are not allowed to neglect to seek medical care for children without facing both civil and criminal consequences. Jehovah’s Witness believers oppose blood transfusions based on their interpretation of some Bible passages, but courts do not allow them to refuse a blood transfusion for a child, no matter how strongly they believe in this precept of their faith.

A 1944 case established the prevailing legal view: “Parents may be free to become martyrs themselves. But it does not follow that they are free, in identical circumstances, to make martyrs of their children . . .”

The Supreme Court has created for itself a thorny problem as it considers the appeals of the Little Sisters of the Poor along with Hobby Lobby Stores and Conestoga Wood Specialties. In 2013, the Court held that the ACA’s penalty provisions were actually a tax, which Congress clearly had the right to pass.

If the Court now holds that the three appellants are exempt from the penalty provisions related to the requirement to provide contraceptive and abortion coverage in the health insurance provided to their employees, it will be finding that “rights of conscience” can trump paying a tax.

If this is their holding in those cases, it will open a new legal avenue for others to claim that paying certain taxes violates their “right of conscience.” For example, I would like to pay very little to support the Pentagon because the almost endless wars of the past 12 years seem to me immoral and inhumane, violating my “right of conscience.” Indeed, many religious people feel the same way, based on their religious consciences.

And there are a whole host of other things paid for with my taxes that I would be pleased not to pay for, including crop supports for agribusinesses, subsidies to the oil industry, the War on Drugs, most of the perks enjoyed by our public officials, business development incentives, religious tax exemptions, and lots of other things found in government budgets. All of my objections are on moral grounds and supported by my “right of conscience.”

Undoubtedly, readers will have their own list of government expenditures that offend their sense of morality and “right of conscience.” So I await the decision of the Supreme Court on these three cases with eager anticipation.

If the Court says the three entities have no justifiable reason for not following the ACA’s requirements, which provide a variety of options to them, then business will continue as usual. But if the Court finds they should be exempt based on their “right of conscience,” then all of us can mount our own “right of conscience” cases objecting to those taxes which offend our own sense of morality.