Larry Ray : The Duchess of Romney and ‘You People’ 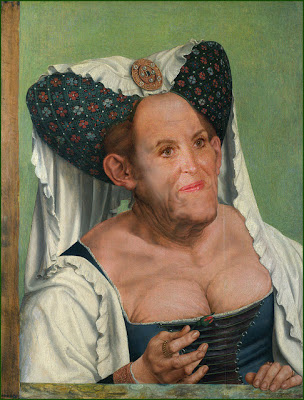 Mitt Romney really, really wants to win the presidency this November. And his loyal wife Ann, already a potential First Lady, really wants him to win it too. But neither one of them wants to deal with average working Americans who have a few questions for them.

Reasonable questions for a potential White House occupant like, “How much money have you made, and how much tax have you paid on it over the years?” President Obama started the call for that basic information and was immediately assailed by Mr. Romney who huffily asked for a “public apology” for his even suggesting such a thing.

But Mr. Obama not only didn’t apologize, he turned up the heat and has been joined by a growing chorus of demands to see those tax returns, coming from both sides of the aisle. Several have suggested that Romney simply show us the same 20-plus years of IRS returns he showed when he was being vetted for Vice President by the McCain campaign in 2008.

Wife Ann really threw down the gauntlet recently on ABC news when Robin Roberts asked her about releasing the tax returns. Ms. Romney sidestepped answering the question; instead she glowingly reported on how fair her husband is. Robin followed up, asking “Why not show that, then?” — suggesting that we could all “move on” if her husband would simply make his returns public.

Sweet Ann lost her cool, shooting back, “Because there are so many things that will be open again for more attack… and that’s really, that’s just the answer! And we’ve given all you people [our emphasis] need to know and understand about our financial situation and about how we live our life.”

The Duchess, in Chapter 9 of Alice in Wonderland, speaking to Alice, could be explaining how Romney and his lovely wife want to be seen by ordinary wage earning commoners in America:

The Romneys’ labyrinthian verbal escape chute is not going to lose many Americans in the twists and turns of his misdirection and obfuscation. The average working American may not be able to quote Hamlet, but he or she sure as shootin’ can tell you what “The lady doth protest too much, methinks” means, even if they occasionally misquote it!

Phony and snobby aloofness doesn’t play well with Americans. And political affiliations aside, few find Mitt Romney to be a relaxed down-to-earth kind of person. His almost manic smile and disingenuous interaction with people at his campaign stops have been dubbed “the uncanny valley,” a hypothesis from robotic studies holding that when human replicas look amazingly real, but not exactly like actual human beings, it causes a response of unease and revulsion among human observers.

This was addressed by Andrew Sullivan in The Daily Beast:

I was chatting with a Mormon friend the other day and asking him what Mormons make of Mitt on this “uncanny valley” question. The phrase he came up with is “the Mormon mask.” It’s the kind of public presentation that a Mormon with real church authority deploys when dealing with less elevated believers, talking to them, and advising them. The cheery aw-shucks fake niceness in person is a function in part, some believe, of the role he has long played in the church: always a leader.

Mitt is not only counting on the “Mormon Mask” as a shield to take with him to election day, he also has the broad donor base of big-buck Mormon families who share his “common values.” Bloomberg Businessweek just reported on the Mormon Church’s recent opening of a $2 billion megamall right across the street from their vaulting temple in Salt Lake City. Its 100 stores include a Tiffany’s.

But it seems that ordinary tithing members of the church, who give 10% of their earnings, cannot find out how much money the church has, or what it spends on what. Only its appointed president, Thomas S. Monson, whom Mormons believe to be a living prophet, really knows the bottom line figure.

But Romney, a former Mormon Bishop, knows much more than common church members, whom he greets with his “Mormon Mask.” That may explain the cavalier air of superiority he and his wife exhibit publicly.

Combine that divine secrecy with Mitt Romney’s wooden personality and try to picture him and his feisty elitist wife in the White House facing international press scrutiny. This would not be a brief titular undertaking like his work “saving” the 2002 Olympics in Salt Lake City.

And today he is frantically distancing himself from his signature achievement as a state governor in Massachusetts: the implementing of his universal health care reform plan. He is shamefully attempting to escape the “Romneycare” tag.

Perhaps more appropriately, the tag of “political prostitute” — from his long history of flip-flopping on his earlier support for major issues like abortion rights — might stick. Consider his quote from his 1994 campaigning against Ted Kennedy regarding the Kennedy fortune: “The blind trust is an age-old ruse.”

Recent reports of Romney’s money sheltered in the Cayman Islands, his Swiss bank account, and who knows what else, makes many wonder if Romney’s supposed blind trust is, indeed, the age-old ruse he seems to know so much about.

Folks must realize Romney would be the new face of America in these globally uncertain times. Last time the GOP won they put a genial dolt at the helm of our ship of state for eight long years, and he ran America up on the rocks with his two unfunded wars and his embarrassingly profound lack of leadership ability.

With a clearer picture of the “real Romney” emerging every day, we can only hope that America sees through his thick fog of untruth and misrepresentation when they vote in November.

Mark Twain is credited with the quote, “It is easier to fool people than to convince them that they have been fooled.” In that regard, Mitt Romney becomes more convincing every day.

1 Response to Larry Ray : The Duchess of Romney and ‘You People’