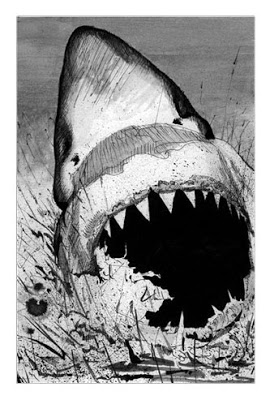 According to the Oxford American Desk Dictionary, the definition of a “loan shark” is a person who lends money at exorbitant rates of interest. Earlier in our history, most loan sharks were underworld figures making illegal loans. If you weren’t able to pay the loan back, you ran the risk of some broken bones. It was a very lucrative business for the mob.

For many years, this was kept somewhat in check by state laws that limited yearly interest rates to 35-42%. That still sounds like loan sharking to me, but at least there was a limit. However, in 1980 the United States Congress proved their fealty to corporate financial interests by passing the Depository Institutions Deregulation and Monetary Control Act.

This law exempted federally chartered savings banks, installment plan sellers and chartered loan companies from having to obey state usury laws and limits. And since there is no federal usury limit, that meant there was no longer a limit on what interest rates could be charged.

Since then then interest rates have steadily crept up. This is especially true of the credit card companies (many of whom are also based in states that have eliminated interest rate limits). I guess it was only a matter of time before one or more of them began to throw caution to the wind and go above their normal 30-40% interest rates. Now one of them has done it, and I’m sure more will follow.

First Premier Bank has been offering credit cards with a credit line of $250. Of course that offer comes with first year fees of $256. That is an obvious rip-off to get a credit card where the entire credit limit is taken up with fees owed to the issuer. Congress tried to fix this kind of problem by passing a new law regarding credit card fairness. The new law caps fees like this at 25% of the credit limit.

Well, that should keep First Premier Bank from ripping off its customers, shouldn’t it? Wrong! Congress only half did the job of trying to rein in the credit card companies. They refused to put any limit on the amount of interest a card company can charge.

First Premier Bank was quick to take advantage of the loophole left by Congress. They upped their credit limit to $300 and lowered their fees to $75 (the maximum 25%). Then they took the rather shocking move of raising the annual interest rate for the card to 79.9%.

They try to justify the outrageous new interest rate by saying the cards are offered to people who have credit problems. To me, that excuse just doesn’t fly. To take people who are already having money problems in the middle of a recession and slap an 80% interest rate on them is not just wrong — it’s immoral, unethical and should be illegal.

This is nothing more than legal loan sharking. While these companies may not break any limbs for failure to pay on time, they can certainly ruin the credit rating of a person struggling to repair his/her credit and keep their head above water — and that might be worse. With rates like this, how is a person supposed to get ahead?

Now that First Premier Bank has set an 80% interest rate, how long will it be before other credit card companies follow suit? Most may not instantly go to 80%, but I could see them raising a rate even for good customers to 50% or 60% and continue to creep toward that 80%. Why wouldn’t they? They have already shown they care little for consumers by past actions. If First Premier Bank can get away with it, why shouldn’t the others follow suit?

I wish we could count on Congress to protect consumers, but it doesn’t look like we can. They have “reformed” both credit cards and health care, and consumers are worse off than ever. I don’t think we can afford any more help from our pathetic corporate-owned Congress.

Each year our economy moves closer to exclusive use of electronic funds and credit and away from cash. How much time is left before we are all credit-slaves to the corporations?