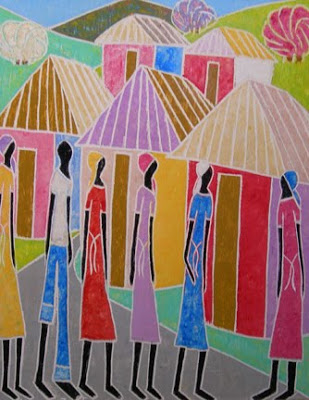 We have reached a moment in history in which we all find ourselves intertwined in a unique geosociety. Without the solidarity of all towards all, and towards Mother Earth, there will be no future for anyone.

The disaster that devastated Haiti, demolishing Port au Prince, killing thousands, and depriving the people of the minimum infrastructure needed for survival, is a test for humanity.

According to the predictions of those who systematically follow the state of the Earth, it will not be long before we confront several Haitis, with millions and millions of climate-change refugees, provoked by extreme events that could cause true ecological devastation and destroy countless human lives.

Two virtues, linked to the essence of being human, should have special relevance in this context: hospitality and solidarity.

Hospitalidad, as philosopher Kant saw it, is the right and duty of all, because all of us are inhabitants, or better, sons and daughters, of the same Earth. We have the right to move freely, to receive and to offer hospitality. Will the world’s nations be prepared to attend to this basic right of the multitudes who will no longer be able to live in their over heated regions, without water or harvests?

The survival instinct does not respect the borders of nation states. The barbarians of yesteryear destroyed empires and the new “barbarians” of today will not do otherwise, unless they are exterminated by those who usurped the Earth for themselves. I will stop here because the probable, and the not impossible, scenarios are Dantesque.

The second virtue is solidarity. Solidarity is inherent in the social essence of the human being. The classics of the study of solidarity, such as Renouvier, Durkheim, Bourgeois, and Sorel, emphasize the fact that a society does not exist without the solidarity of one for the others. It presupposes a collective consciousness and the sense of belonging to the whole. Everyone accepts living together naturally, so that together we can realize the goal, namely, the search for the well being of all.

We must critique the concept of modernity that begins with the absolute autonomy of the subject in the solitude of its freedom. It is said: we should all attend to our own needs, without needing anyone else. For such solitary human beings to be able to live together requires a social contract, such as was elaborated by Rousseau, Locke, and Kant.

But that kind of individualism is false and illusory. We must acknowledge the undeniable fact that the human being is always a being in relationships, a-being-with-the-others, always intertwined in a tapestry of innumerable connections. Never alone. The social contract does not create society, it only organizes it juridically.

Moreover, solidarity has a cosmological background. All beings, from the topquarks, but particularly living organisms, are beings of relationships, and no one lives outside of the net of inter-retro-connections.

Therefore, all beings are reciprocally solidarian. Each helps the other to survive — that is the meaning of biodiversity — and thus do not necessarily fall victim to natural selection. At the human level, instead of natural selection, due to solidarity, we introduced caring, especially for the most vulnerable. This way they do not succumb to the selfish interests of groups or a kind of ferocious culture that puts ambition above life and dignity.

We have reached a moment in history in which we all find ourselves intertwined in a unique geosociety. Without the solidarity of all towards all, and towards Mother Earth, there will be no future for anyone. The tragedies of a people are our tragedies, their tears are our tears; their progress is our progress. Their dreams are our dreams.

2 Responses to Leonardo Boff: Haiti : A Test for Humanity