Leonardo Boff : Man as ‘Lord and Master’ of Nature 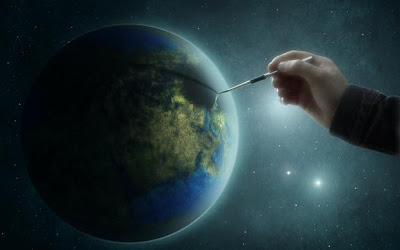 The present crisis is not just a crisis of the growing scarcity of natural resources and services. It fundamentally is the crisis of a type of civilization that has put the human being as the “lord and master” of Nature (Descartes). In this civilization, nature has neither spirit nor purpose, and therefore, humans can do what they want with her.

According to the founder of the modern paradigm of techno-science, Francis Bacon, the human being must torture Nature until she yields all her secrets. This attitude has devolved into a relationship of aggression, and a true war against a supposedly savage Nature that had to be dominated and “civilized.” Thus also emerged the arrogant projection of the human being as the God who dominates and organizes everything.

We must recognize that Christianity helped to legitimate and reinforce this understanding. Genesis clearly says: “replenish the Earth and subdue it, and have dominion over… every living thing that moveth upon the Earth.” (1,28). It also affirmed that the human being was made in God’s “image and likeness.” (Genesis 1,26).

The biblical sense of this expression is that the human being is God’s deputy, and as God is lord of the universe, humans are the masters of the Earth. Humans enjoy a dignity that is theirs alone: that of being above all other beings. This generated anthropocentrism, one of the causes of the ecological crisis. Finally, strict monotheism suppressed the sacred character of all things and centered it only in God. The world, lacking anything sacred, need not be respected. We can mold it at our pleasure.

The modern civilization of technology has filled everything with its devices, and has been able to penetrate to the heart of the matter, of life and of the universe. Everything comes wrapped in the aura of “progress,” a sort of recuperation of the paradise that was lost some time before, but is now rebuilt and offered to all.

This glorious vision began to crumble in twentieth century with the two world wars and other colonial wars that produced 200 million victims. The greatest terrorist act of history was perpetrated when the U.S. army launched the atomic bombs against Japan, killing thousands of people and destroying Nature. This gave humanity a shock from which it has not yet recovered. With the atomic, biological, and chemical weapons built afterwards, we have come to realize that we do not need to be God to make the Apocalypse a reality.

We are not God and our desire to be such takes us to madness. The idea of man wanting to be “God” has become a nightmare. But man still hides behind the neoliberal tina: “there is no alternative, this world is definitive.” Ridiculous. Let us understand that “knowledge as power” (Bacon) which lacks conscience and limits can destroy us.

What power do we have over Nature? Who can control a tsunami? Who controls the Chilean volcano Puyehe? Who restrains the fury of the flooding in the highland cities of Rio de Janeiro? Who blocks the deadly effect of the atomic particles of uranium, cesium, and of other elements, spewn by the catastrophes of Chernobyl and Fukushima? As Heidegger said in his last Der Spiegel interview: “only a God could save us.”

We have to accept ourselves as simple creatures together with all others in the community of life. We have a common origin: the dust of the Earth. We are not the crown of creation, but a link in the current of life, with a difference, that of being conscious and having the mission to “guard and to care for the garden of Eden” (Genesis 2,15), that is, the mission of maintaining the conditions of sustainability of all the ecosystems that make up the Earth.

If we use the Bible to legitimize domination over the Earth, we must return to the Bible to learn to respect and care for her. The Earth generated all. God ordained: “let the Earth bring forth the living creature after his kind” (Genesis 1,24). She, consequently, is not inert; she is the generator; the Earth is mother. The alliance of God is not only with human beings. After the tsunami of the flood, God redid the alliance “with you and with your seed after you; and with every living creature” (Genesis 9,10). Without them, we are a diminished family.

History shows that the arrogance of “being God,” without ever being able to do so, only brings us tragedy. It should be enough for us to be simple creatures with the mission of caring for and respecting Mother Earth.

[A Brazilian theologian, philosopher, educator, and author of more than 60 books, Leonardo Boff lives in Jardim Araras, an ecological wilderness area in the municipality of Petrópolis, Rio de Janeiro. Boff is Professor Emeritus of Ethics, Philosophy of Religion, and Ecology at the State University of Rio de Janeiro. A former Franciscan priest with a doctorate from the University of Munich, Boff was an early advocate of liberation theology. In 1991, after a series of clashes with the Vatican, Boff renounced his activities as a priest and “promoted himself to the state of laity.” See more articles by Leonardo Boff on The Rag Blog.]