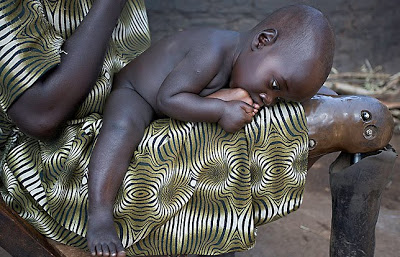 Among the many problems that afflict humanity, two are particularly grave: social injustice and ecological injustice. Both must be jointly dealt with if we want to put humanity and planet Earth on a secure path.

Social injustice is an old matter that derives from an economic model that, besides plundering nature, generates more poverty than it can handle and solve. It implies, on the one hand, great accumulation of goods and services, at the expense, on the other hand, of enormous poverty and misery.

The facts speak for themselves: there are one thousand million people who live on the edge of survival, on just one dollar per day, and 2, 600 million people (40% of humanity) who live on less than two dollars daily. The consequences are perverse. Suffice it to mention one fact: there are between 350 to 500 million cases of malaria, with one million avoidable victims annually.

This counter-reality has been kept invisible for a long time, in order to hide the failure of the capitalist economic model, made to create wealth for a few and not for the well-being of the whole of humanity.

The second injustice, the ecological, is linked to the first. The devastation of nature and current global warming affect all countries, without regard for national boundaries or their levels of wealth or poverty.

Of course, the rich have better means of adapting and mitigating the negative effects of climate change. In the face of extreme events, they have refrigerators or heaters and can build defenses against the floods that destroy whole regions. But the poor have no means of defending themselves. They suffer the consequences of a problem they did not create.

Fred Pierce, author of The Population Earthquake, wrote in The New Scientist, November 2009:

This ecological injustice cannot be kept invisible as easily as the other type, because the signs are everywhere. Nor can it be solved only by the rich, because it is global and the rich are also affected. The solution must be born from the collaboration of everyone, in a differentiated way: the rich, being the more responsible in both past and present, must contribute much more with investments and transferal of technologies, and the poor have the right to an ecologically sustainable development, that will lift them out of misery. 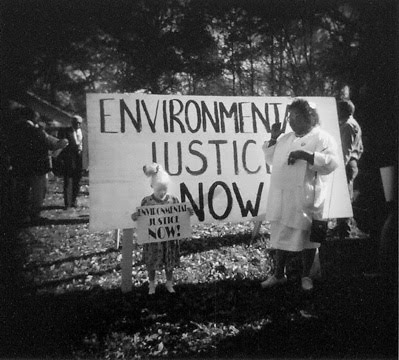 Image from Enviroblog.
We certainly cannot overlook the solutions, but they alone are insufficient, because the global solution depends on a prior question: the paradigm of a society that is reflected in the difficulty of changing life styles and habits of consumption. We must point to universal solidarity, collective responsibility and caring for all that lives and exists (we are not the only ones who live in this planet and use the biosphere.) An awareness of the inter-dependency of all, and of the unity of the Earth and humanity, is fundamental.

Can the present generations be asked to follow such values if they have never lived globally before? How can we carry out this change, that must be done urgently and quickly?

Perhaps only after a great catastrophe that afflicted millions and millions of people could this radical change happen, because of the survival instinct. This metaphor occurs to me: if our country were invaded and threatened with destruction by some external power, we all would unite, beyond our differences. As in a war economy, all would be cooperative and solidarian; they would accept shortages and sacrifices in order to save motherland and life. Now the Motherland is the threatened Life and Earth. We must do everything to save them.