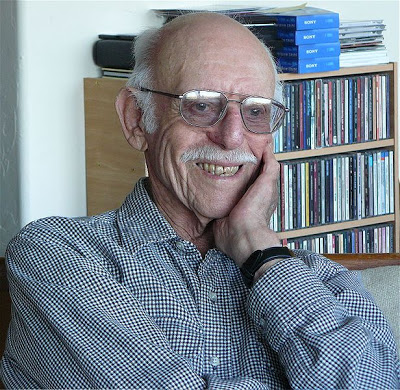 It didn’t make SportsCenter, but one of history’s most influential sportswriters died this week at the age of 98. His name was Lester Rodney.

Lester was one of the first people to write about a young Negro League prospect named Jackie Robinson. He was the last living journalist to cover the famous 1938 fight at Yankee Stadium between “The Brown Bomber” Joe Louis and Hitler favorite, Max Schmeling. He crusaded against baseball’s color line when almost every other journalist pretended it didn’t exist. He edited a political sports page that engaged his audience in how to fight for a more just sports world.

His writing, which could describe the beauty of a well-turned double play in one sentence and blast injustice in the next, is still bracing and ahead of its time. He should be in the Baseball Hall of Fame. Instead he was largely erased from the books.

If you have never heard of Lester Rodney, there is a very simple reason why: the newspaper he worked at from 1936-1958 was the Daily Worker, the party press of the U.S. Communist Party. Lester used his paper to launch the first campaign to end the color line in Major League Baseball. I spoke to Lester about this in 2004 and he said to me,

It’s amazing. You go back and you read the great newspapers in the thirties, you’ll find no editorials saying, ‘What’s going on here? This is America, land of the free and people with the wrong pigmentation of skin can’t play baseball?’ Nothing like that. No challenges to the league, to the commissioner, no talking about Satchel Paige and Josh Gibson, who were obviously of superstar caliber. So it was this tremendous vacuum waiting.

I spoke to the leaders of the YCL [the Young Communist League]. We talked about circulating the paper [at ballparks]. It just evolved as we talked about the color line and some kids in the YCL suggested, ‘Why don’t we go to the ballparks — to Yankee Stadium, Ebbets Field, the Polo Grounds — with petitions?’ We wound up with at least a million and a half signatures that we delivered straight to the desk of [baseball commissioner] Judge Landis.

As Lester fought to end the color ban, he also never stopped highlighting and covering the Negro League teams, giving them press at a time when they were invisible men outside of the African American press. 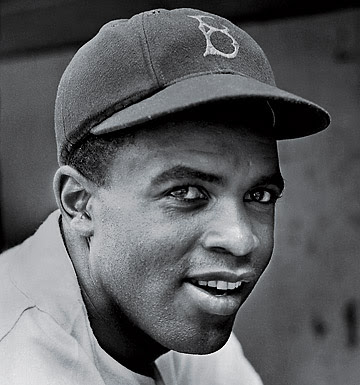 Jackie Robinson.
But it was Jackie Robinson who captured Lester’s imagination. Armed with a press pass to the Ebbets Field locker room, he saw up close the way Robinson was told to “just shut up and play” despite the constant harassment during his inaugural 1947 campaign. “Jackie was suppressing his very being, his personality,” said Lester. “He was a fiercely intelligent man. He knew his role and he accepted it. And the black players who followed him knew what he meant too.”

Lester saw the way their play — and their courage — helped inspire the struggle for civil rights, especially in the South. Lester told me about a dramatic exhibition game in Atlanta where all the dynamics of the Black freedom struggle were on display.

This exhibition game wound up with the Black fans being allowed in because they had overflowed the segregated stands, they had poured in from outlying districts to see the first integrated game in Georgia history. The Klan had said, ‘This must not happen.’

That night there was this tremendous sight of Robinson, [Dodgers African American players] Don Newcombe, and Roy Campanella coming out and the black fans behind the ropes and in the stands standing and roaring their greeting. A large sector of whites were just sitting and booing. Then other white people, hesitantly at first, stood up and consciously differentiated themselves from the booers and clapped. This was an amazing spectacle.

This was the Deep South many years before the words civil rights were widely known. So it had its impact… Roy Campanella, once said to me something like, ‘Without the Brooklyn Dodgers you don’t have Brown v. Board of Education.’ I laughed, I thought he was joking but he was stubborn. He said, ‘All I know is we were the first ones on the trains, we were the first ones down South not to go around the back of the restaurant, first ones in the hotels.’ He said, ‘We were like the teachers of the whole integration thing.’

Lester would still become emotional when he recalls Jackie Robinson and his impact.

There are very few people of whom you can say with certainty that they made this a somewhat better country. Without doubt you can say that about Jackie Robinson. His legacy was not, ‘Hooray, we did it,’ but ‘Buddy, there’s still unfinished work out there’

He was a continuing militant, and that’s why the Dodgers never considered this brilliant baseball man as a manager or coach. It’s because he was outspoken and unafraid. That’s the kind of person he was. In fact, the first time he was asked to play at an old-timers’ game at Yankee Stadium, he said ‘I must sorrowfully refuse until I see more progress being made off the playing field on the coaching lines and in the managerial departments.’

He made people uncomfortable. In fact it was that very quality which made him something special. He always made you feel that ‘Buddy, there’s still unfinished work out there.’

[Dave Zirin is The Nation‘s sports editor. His column, Edge of Sports, appears on Sports Illustrated‘s website and he is the host of a weekly show on XM satellite radio. He is the author of Welcome to the Terrordome: the Pain, Politics and Promise of Sports (Haymarket) and A People’s History of Sports in the United States (The New Press). He was named one of Utne Reader‘s 50 Visionaries who are Changing Your World for 2009.]